Did a Topless Woman Appear in Disney's 'The Rescuers'?

An image of a topless woman can be fleetingly seen in the initial home video version of the animated feature. 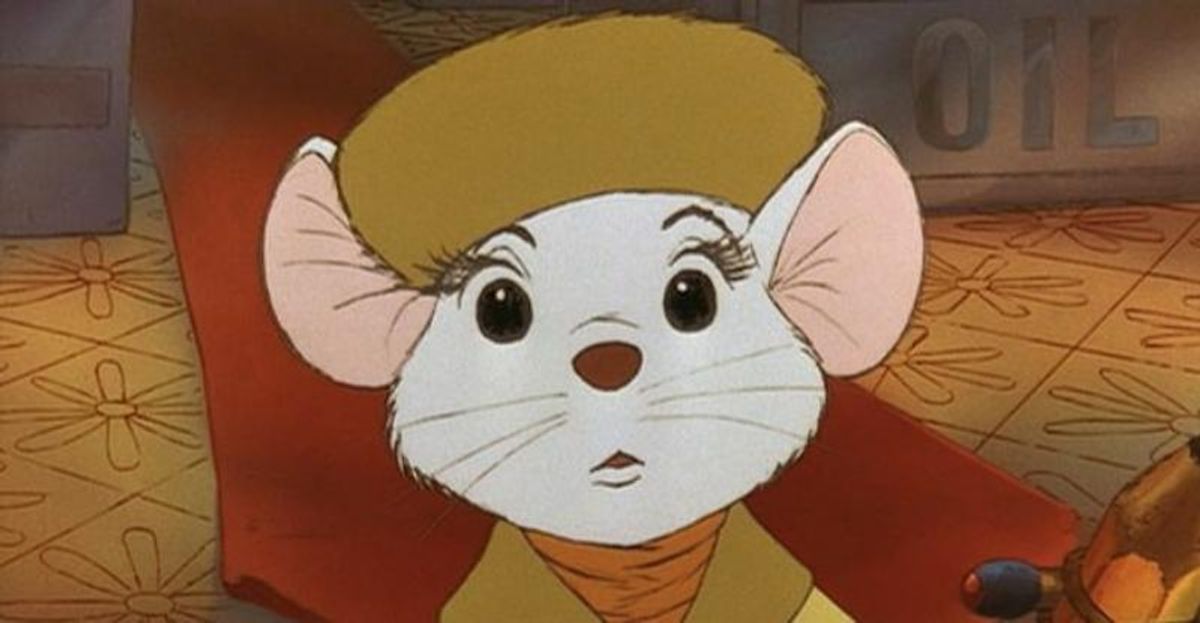 Claim:
A hidden image of a topless woman appears in the home video version of Disney's 'The Rescuers.'
Rating:

On 8 January 1999, Disney announced a recall of the home video version of their 1977 animated feature The Rescuers because it contained an "objectionable background image." That image was one which appeared in a scene approximately 38 minutes into the film: as rodent heroes Bianca and Bernard fly through the city in a sardine box strapped to the back of Orville, proprietor of Albatross Air Charter Service, the photographic image of a topless woman can be seen at the window of a building in the background in two different non-consecutive frames, first in the bottom left corner, then at the top center portion of the frame: Unlike most rumors of risqué words and visuals hidden in Disney's animated films, this one was clearly true, and the images in question were undeniably purposefully inserted into the movie.

The two "topless woman" frames had reputedly been present in the film ever since its original theatrical release in 1977 (a fact apparently confirmed by Disney, whose spokesperson said that the tampering "was done more than 20 years ago"), although Disney claimed that they were not included in the 1992 home video release because that version "was made from a different print."

Disney also maintained that the images were not placed in the film by any of their animators but were instead inserted during the post-production process. The company decided to recall 3.4 million copies of the video "to keep our promise to families that we can trust and rely on the Disney brand to provide the finest in family entertainment."

Disney's announcement of the recall was considered a bit curious by some at the time it took place because, unlike previous rumors about "hidden" items in Disney's animated films, knowledge of the hidden images found in The Rescuers was not widespread until Disney itself made a public statement about it. As well, the frames in question were not noticeable during a normal viewing of the film — one had to know they were there and freeze-frame the video to view them.

So why did Disney choose to issue an announcement about The Rescuers and recall the video at that time? Perhaps they were just being prudently proactive in attempting to manage the situation promptly rather than waiting and being forced to respond after someone else broke the news. But some skeptics at the time suggested that perhaps one of the best ways to boost sales of a slow-selling video would be to announce its recall due to the presence of some "objectionable images."