A video of a 15-year-old recounting her story of abuse was taken in 1989, and has nothing to do with 2016's "Pizzagate" conspiracy theory. 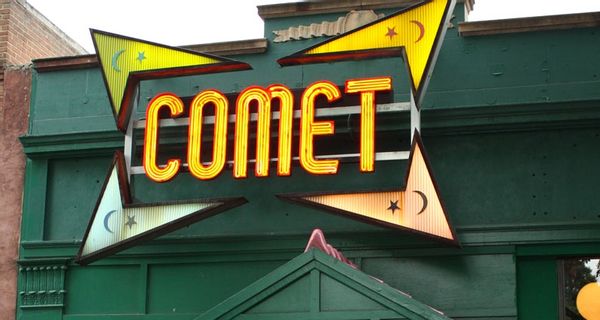 A video showing the testimony of a survivor of physical and sexual abuse was widely circulated on social media in December 2016, alongside claims that she was a survivor of "Pizzagate": "Pizzagate" is the term used by conspiracy theorists pushing the unfounded and false narrative that a pizzeria in Washington, D.C. was at the center of a pedophilia ring involving Hillary Clinton and her presidential campaign chair John Podesta. The video does not show a "Pizzagate" survivor, as no such pedophilia ring exists. Even if it did, this video was taken in 1989 (long before the term "Pizzagate" was coined) for an episode of Australia's "60 Minutes" entitled "Satan's Children."
One of the most popular versions of this mistitled video was posted on YouTube in late November 2016. That version of the video featured a disclaimer stating that the inclusion of the word "Pizzagate" was simply meant to help raise awareness about alleged Satanic abuse rituals: For those of you who would rather focus on the linguistic term Pizzagate, that the title is misleading than how this fits into the bigger picture... You are missing the point and the bigger picture here. Its about spreading Awareness and putting an end to this together. Its all connected, intertwined.

But, even from a "bigger picture" standpoint, this video is misleading, and does not show that children all over the world are being subjected to Satanic ritual abuse, in or out of a pizza parlor. This video was originally published in 1989, during an era where talk shows, the media, and the justice system were preoccupied — if not obsessed — with accusations of Satanic abuse.

While the "Satanic panic" of the 1980s resulted in numerous accusations and criminal trials, no evidence was ever uncovered connecting child abuse to Satanic rituals:

It was first pointed out in the United States that no material evidence of ritual or satanic practices had been forthcoming in any of the cases in which they had been alleged. In Britain the position has been substantially the same as far as allegations of satan-worshiping rituals are concerned. As one journalist put it, in a phrase that has become well-known: Investigations have produced no bodies, no bones, no bloodstains, nothing. In the United States, the only adult witness to corroborate the testimony of children in a case has continued to claim that her evidence was given 'to get it all over with' and was the result of plea-bargaining. An FBI agent, Kenneth Lanning, has reported that he has been unable to document any satanic murders in the United States. While this book was being written, a report of a very large study carried out be Gail Goodman and associates in the United States claimed that none of the cases reported to them produced any evidence of the existence of organized satanic worship that included sexually abusing children.

Conflating Pizzagate with the "Satanic panic" craze, however, does show one thing very clearly: it indicates that the two moral panics (despite being separated by three decades) are eerily similar — almost as if they were one and the same.