Was 'The Madness of George III' Retitled for U.S. Audiences?

The film 'The Madness of King George' deals with the political machinations that took place as the monarch's illness incapacitated him. 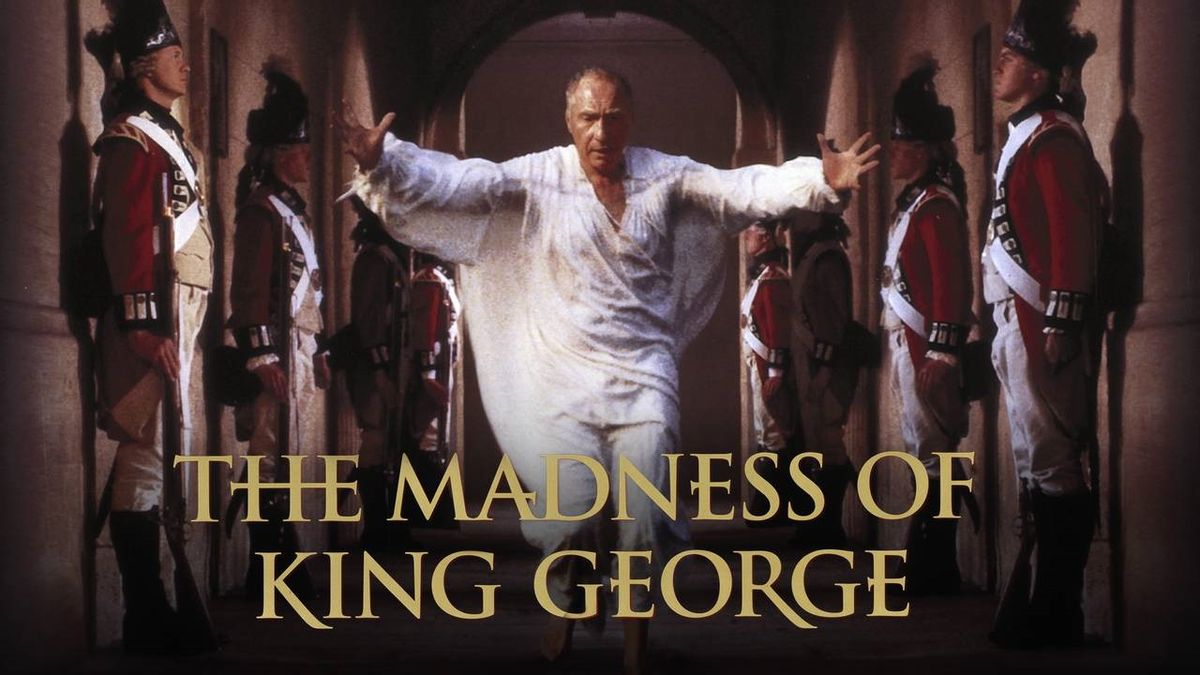 Claim:
The title of the film 'The Madness of George III' was altered because American audiences might have thought it was a sequel.
Rating:

The year 1995 saw the release of the film The Madness of King George, a movie whose plot focused on the bizarre behavior of George III (1738–1820), the British monarch who was commonly said to have "gone mad" after losing England's North American colonies to the American Revolution. Modern medical experts now believe King George suffered from a metabolic disorder known as porphyria, and The Madness of King George deals with the political machinations that took place as the king's illness incapacitated him, both physically and mentally, for extended periods of time.

Coincident with the film's release came the rumor that its distributors had altered its title for the American market, changing The Madness of George III to The Madness of King George lest puzzled Americans think they had missed the first two entries of the series:

"The Madness of King George" is the film adaptation of the Alan Bennett play "The Madness of George III," its title changed because the distributor was afraid Americans might think it a sequel.

[T]here is a delicious story circulating here -- an example of a "those-dumb-Yanks" story that some British people love to tell. It seems the film's title was changed from "The Madness of George III" because American audiences would think it was a sequel and not go to see it, assuming they had missed "I" and "II."

Let's clear up a couple of matters right off the bat: First of all, the film's distributors had nothing to do with the choice of title. Second, the film's title was not changed nor was it different in America than it was in other parts of the world. The film was always called The Madness of King George, and it bore that title everywhere it was exhibited. The confusion came about because the movie version was based upon a play entitled The Madness of George III, but the film's producers opted to call their movie The Madness of King George rather than sticking with the play's title.

Okay, but why the title switch between stage and screen versions? Did it have anything to do with a fear that Americans might think they'd missed two previous horror flicks about the madness of a character named George? Americans might be a bit gullible and naive at times, but Hollywood has had no compunctions about releasing non-sequel films bearing titles such as Leonard Part 6, creating sequels with names like Naked Gun 2½, or re-releasing the original Star Wars film with a subtitle identifying it as "Episode IV."

Alan Bennett, who penned both The Madness of George III and its screen adaptation, attributed the title change to a "marketing decision" while jokingly invoking a comparison to Kenneth Branagh's popular 1989 film adaptation of Shakespeare's Henry V:

Bennett jokingly explained that the title was changed to The Madness of King George as a "marketing decision," so as not to confuse the sequence-saturated American audience, "a survey having apparently shown that there were many moviegoers who came away from Kenneth Branagh's film of Henry V wishing they had seen its four predecessors."

Although Nicholas Hytner, the director of The Madness of King George, admitted that the retitling claim was "not totally untrue," he also divulged that the most important factor was that "it was felt necessary to get the word King into the title." The change was not primarily motivated by a perceived need to cater to Americans' alleged ignorance, but by a prudent recognition of cultural differences between America and the UK. America has always been a nation without royalty, and thus using "King George" in the title signaled much more clearly to U.S. audiences that the work was a film about a monarch than retaining the regnal name "George III" likely would have.

More important, perhaps, is that to the extent U.S. audiences are familiar with George III, it's as the detested monarch against whom the North American colonists revolted in the 1770s, leading to the formation of an independent United States of America. That he later suffered from a form of illness which profoundly affected his behavior is much less known to Americans, and thus a reference to 'the madness of George III' wouldn't resonate nearly as much in the U.S. as it might in the Commonwealth realms.

In a similar example, the 1997 UK film Mrs. Brown, about the relationship between Queen Victoria and personal attendant John Brown, was marketed under the name Her Majesty, Mrs. Brown in America, where the name "Mrs. Brown" would not readily have been recognized as a reference to the monarch Queen Victoria. That fact doesn't demonstrate Americans are particularly ignorant, so much as it highlights that people are typically most familiar with their own histories and less so with others'.