Snopes looks into the well-worn tale of a man who was startled so badly he injured himself when a family pet stuck its cold nose into his private parts. 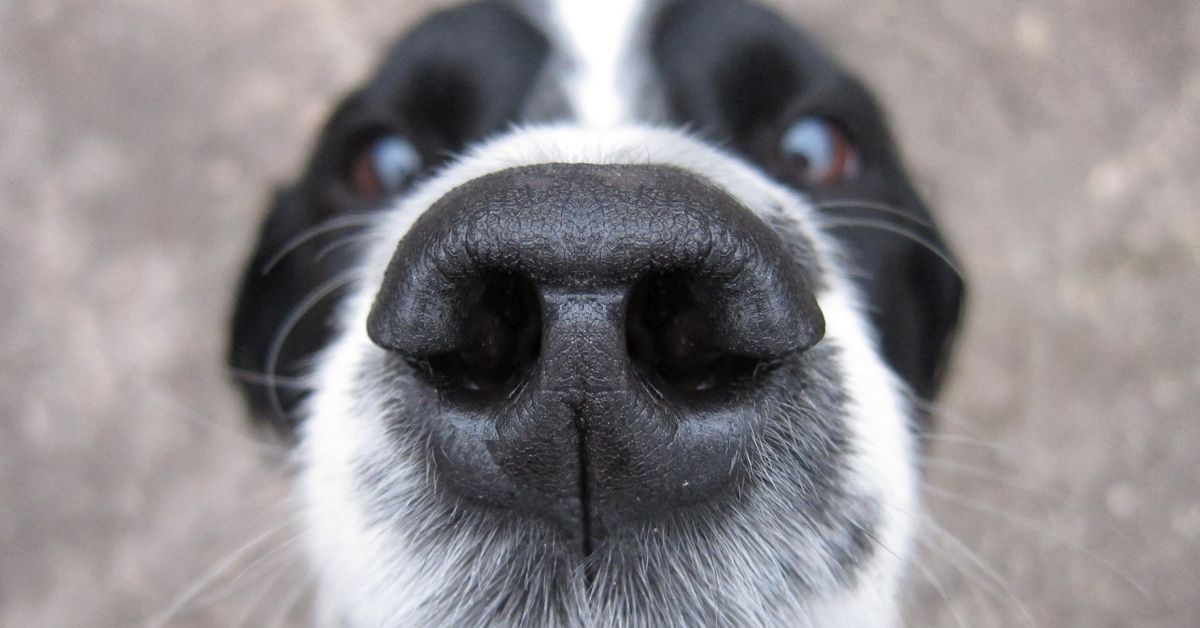 Our story is not complete without telling of a man who could not give a convincing explanation about his broken arm. He kept muttering something about trying to stick his arm through his car window that he thought was down.

That was the public version, in private, he confessed that it happened when his wife brought some potted plants indoors after they had been out on the patio all day. A friendly garter snake had hidden in one of the pots, and later slithered out across the floor, and the wife spotted it.

"I was in the bathtub when I heard her scream," he related. "I thought she was being murdered, so I jumped out of the tub, and ran to help her. I didn't even grab a towel." "When I ran into the living room, she yelled that a snake was under the couch. I got down on all fours to look for it, and just then my dog came up from behind and 'cold- nosed' me. I guess I thought it was the snake, and I fainted dead away. "My wife thought I'd had a heart attack and called for an ambulance. I was still groggy when the medics arrived, and lifted me onto a stretcher." "Just as they were carrying me out, the snake came out from under the couch, and obviously frightened one of the medics. He dropped his end of the stretcher . . . and that is when I broke my arm."

Analysis: Where do good stories begin? We know this one has been around at least since 1964, for that was the year Herb Caen told a version of it in his San Francisco Chronicle column. In that telling a woman spotted a leak under the kitchen sink and called her husband out of the shower, as she thought there might be some connection between the two water lines. The unsuspecting man got down on his hands and knees to attend to the leak, and, spotting something interesting to play with, the family cat gave whatever was dangling a good swat, causing the man to knock himself out on the pipes under the sink.

By 1974 the tale was well enough known to be included in a Los Angeles Times roundup of urban legends:

Remember the one about Uncle Herb and the kitten? Uncle Herb, suffering the agonies of the morning after, is leaning over the sink of his mobile home, shakily mixing an Alka Seltzer. He is wearing only a bathrobe, and the family kitten is leaping up and grabbing at the tassels of his robe.

Suddenly the kitten leaps up under the robe and claws Uncle Herb in a particularly sensitive area. He straightens up with a scream of anguish and cracks his head open on the soffit over the sink, knocking himself unconscious.

The ambulance crew, summoned by Aunt Tillie, revives Uncle Herb, and as they maneuver him out of the mobile home they ask him what happened. He tells them. They start laughing so hard they drop him out of the stretcher, and he breaks his arm.

That this one has legs is demonstrated by its inclusion in a collection of "true emergency room stories" in 1998:

An unconscious 30-year-old man was brought to the ER by ambulance. His girlfriend had found him lying naked on the floor of his bathroom and called 911. In the ER, he was found to have a large lump on the top of his head and, strangely, several scratches on his scrotum. The lump was not much of an enigma and probably explained why he was knocked out, but the source of the scratches remained a mystery until he woke up and provided us with the following explanation. He said he had been cleaning his bathtub while naked, kneeling on the floor beside the tub. His cat, apparently transfixed by the rhythmic swaying of his scrotum, lunged forward, sinking its claws into this pendulous target. This caused the man to rocket upward, striking his head on the top frame of the shower door.

The "dropped stretcher" motif shows up in another legend, this one about an exploding toilet. It's not unusual for legends to share certain common aspects.

In late 2000, this embellished version began circulating on the Internet:

Green Garden Grass snakes can be dangerous, Yes, grass snakes, not rattle snakes. A couple in Sweetwater, Texas had a lot of potted plants, and during a recent cold spell, the wife was bringing in a lot
of them indoors to protect them from a possible freeze.

It turned out that a little green garden grass snake was hidden in one of the plants and when it had warmed up, it slithered out and the wife saw it go under the sofa.

She let out a very loud scream. The husband who was taking a shower ran out into the living room naked to see what the problem was.

She told him there was a snake under the sofa. He got down on the floor on his hands and knees to look for it. About that time the family dog came and cold-nosed him in the butt. He thought the snake had bitten him, so he fainted. His wife thought he had a heart attack, so she called an ambulance.

The attendants rushed in and loaded him on the stretcher and started carrying him out. About that time the snake came out from under the sofa and the Emergency Medical Technician saw it and dropped his end of the stretcher.

That's when the man broke his leg and why he is in the hospital.

The wife still had the problem of the snake in the house, so she called on a neighbor man. He volunteered to capture the snake. He armed himself with a rolled-up newspaper and began poking under the couch. Soon he decided it was gone and told the woman, and she sat down on the sofa in relief. But in relaxing, her hand dangled in between the cushions, where she felt the snake wriggling around. She screamed and fainted, and the snake rushed back under the sofa.

The neighbor man, seeing her laying there passed out, tried to use CPR to revive her. The neighbor's wife, who had just returned from shopping at the grocery store, saw her husband's mouth on the woman's mouth and slammed her husband in the back of the head with a bag of canned goods, knocking him out and cutting his scalp to a point where it needed stitches.

An ambulance was again called and it was determined that the injury required hospitalization. The noise woke the woman from her dead faint and she saw her neighbor lying on the floor with his wife bending over him, so she assumed he had been bitten by the snake. She went to the kitchen, brought back a small bottle of whiskey, and began pouring it down the man's throat.

By now the police had arrived. They saw the unconscious man, smelled the whiskey, and assumed that a drunken fight had occurred. They were about to arrest them all, when the two women tried to explain how it all happened over a little green snake. They called an ambulance, which took away the neighbor and his sobbing wife. Just then the little snake crawled out from under the couch.

One of the policemen drew his gun and fired at it. He missed the snake and hit the leg of the end table that was on one side of the sofa. The table fell over and the lamp on it shattered and as the bulb broke, it started a fire in the drapes.

The other policeman tried to beat out the flames and fell through the window into the yard on top of the family dog, who startled, jumped up and raced out into the street, where an oncoming car swerved to avoid it and smashed into the parked police car and set it on fire.

Meanwhile the burning drapes had spread to the walls and the entire house was blazing. Neighbors had called the fire department and the arriving fire-truck crew had started raising the ladder as they were halfway down the street. The rising ladder tore out the overhead wires and put out the electricity and disconnected the telephones in a ten-square city block area.

Time passed. Both men were discharged from the hospital, The house was re-built, The police acquired a new car, and all was right with their world. About a year later they were watching TV and the weatherman announced a cold snap for that night. The husband asked his wife if she thought they should bring in their plants for the night.

The police came a bit later and arrested the woman for shooting her husband.

Fast-forwarding to 2009, we find the legend reenacted in a YouTube video:

YouTube caption: "This naked man falls out of his window, thanks to the dog... Chalk it up as another reason you shouldn't smoke."

Even in our own homes, we are not safe from societal disapproval. As in all "caught in the nude" legends, nudity is punished, and the underlying message of such tales is that society will catch us and laugh at us, even if we have all the blinds drawn and are acting as any reasonable person would.

This legend also employs the stereotypes of the typical man (can fix or put the run on anything) and the typical woman (terrified of small harmless animals and wouldn't know a crescent wrench from a crescent roll). The wife's inability to deal with domestic emergencies sets the sequence of events in motion. For the legend to work, it has to appear reasonable that the average woman would panic upon seeing a mouse or garter snake or would not know how to monkey about with a leaky pipe. She summons her husband to deal with such matters, and he comes running.

Sightings:   The "cat takes a swipe at something dangling" tale shows up in the 1972 classic comic The Collected Adventures of Harold Hedd and in the 1976 Jan de Wetering novel Tumbleweed. Also, the "dropped stretcher" motif shows up in an episode of The Dick Van Dyke Show, entitled "My Mother Can Beat Up My Father" (original air date 23 September 1964), in which Rob is injured while trying to demonstrate a judo throw using a stuffed monkey; when the ambulance crew learns he lost a fight with a toy, they laugh so hard they drop their patient into the rose bushes.