Can Texas Divide Itself into Five Separate States?

Some interesting debate took place around the Texas Annexation. 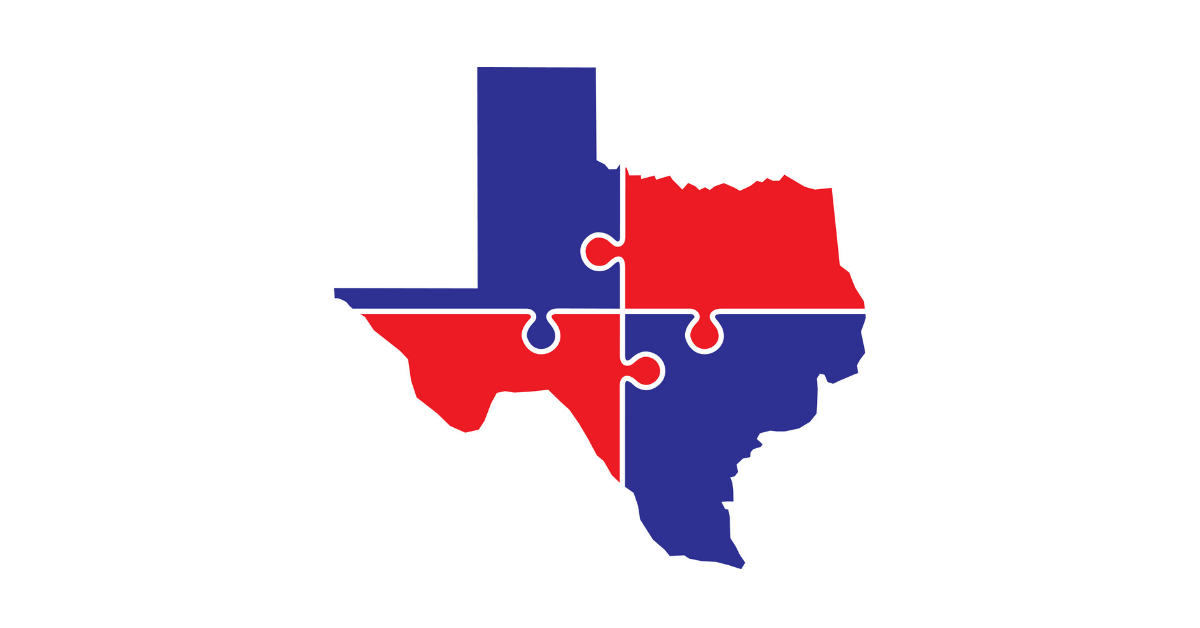 Claim:
Texas can by law choose to divide itself into five different states.
Rating:

A clause in the document annexing Texas to the United States allowed for Texas to be divided up into as many as five different states.

Any state can, with permission of Congress, divide itself into multiple states, and it is unlikely that Texas' annexation agreement would allow the state to bypass this requirement.

After several years of contentious debate, in 1845 the United States' various political factions finally reached enough of a consensus to agree that the benefits of annexing Texas (nominally an independent republic ever since it had been wrested from Mexico after the decisive 1836 battle at San Jacinto, although neither Texas nor Mexico ever accepted the treaties signed a few weeks later) outweighed the pitfalls. As T.R. Fehrenbach noted in his history of Texas, the nascent republic was ill-suited to maintain itself as a sovereign nation, and the presence of such a tenuous political entity in the midst of North America posed a threat to the ambitions and interests of the United States:

Sam Houston's republic was a struggling frontier community of less than forty thousand people; it was a series of plantations and farms carved out of the Southern forests along the river bottoms extending up from the Gulf, with an utterly colonial economy. Most Texans were subsistence farmers, with a little barter on the side. The planters exported their cotton against imported goods; the balance of trade was yet adverse. The largest towns were frontier outposts with mud streets and at most a few thousand assorted people. There was no money economy, nor any money. There were no banks or improved roads or organized schools. There was no industry — everything from pins to powder had to be imported from the United States. Over this sprawling community the government was only loosely organized . . . real government consisted primarily of sheriffs and justices of the peace. Texas barely approached the basic requirements for statehood.

Texas blocked American expansion to the Pacific, and a weak, unstable nation on American borders invited penetration by still-ambitious European powers. The Monroe Doctrine could not by any stretch of the imagination keep British influence out, if Britain chose to fish in Texas waters.

The primary stumbling block to Texas' annexation by the U.S. was that the act was almost certain to provoke war with Mexico, an eventuality which came to pass with the outbreak of the Mexican-American War in 1846. Nonetheless, although the U.S. Senate rejected an annexation treaty with Texas in 1844, it passed an annexation bill on 26 February 1845. Another contentious issue regarding the annexation of Texas by the United States remained, however: slavery.

The admission of Texas to the Union posed the potential for upsetting the delicate political balance between free states and slave states. Not only would the annexation of Texas add another slave state to the U.S., but that state would be a vast chunk of territory — nearly four times as large as the then-largest state, Missouri — which would extend the slaveholding portion of the U.S. far beyond its current western boundary. Moreover, the northern portion of Texas intruded beyond the 36°30'N line of latitude which had been established as the demarcation point between free territory and slave territory by the 1820 Missouri Compromise (although the provisions of that compromise technically applied only to "all that territory ceded by France to the United States, under the name of Louisiana" and therefore did not encompass Texas). For their part, some southerners wanted to be able to carve additional slave states out of the huge Texas territory in order to counter the admission of free states and thereby maintain the balance of power between free and slave states in the Senate. The slavery issue (at the time, 90% of Texans were neither slaves nor slaveholders) was addressed in the Joint Resolution for Annexing Texas to the United States, approved by Congress on 1 March 1845, which included a provision allowing Texas to be sub-divided into up to four more states with slavery being banned in states carved out of Texas territory north of the Missouri Compromise line and left up to popular sovereignty in states formed south of the line:

New States of convenient size not exceeding four in number, in addition to said State of Texas and having sufficient population, may, hereafter by the consent of said State, be formed out of the territory thereof, which shall be entitled to admission under the provisions of the Federal Constitution; and such states as may be formed out of the territory lying south of thirty-six degrees thirty minutes north latitude, commonly known as the Missouri Compromise Line, shall be admitted into the Union, with or without slavery, as the people of each State, asking admission shall desire; and in such State or States as shall be formed out of said territory, north of said Missouri Compromise Line, slavery, or involuntary servitude (except for crime) shall be prohibited.

Texas was officially admitted to the Union when President James K. Polk signed the Joint Resolution to Admit Texas as a State on 29 December 1845.

The most likely possibility that Texas might be split into more than one state was headed off in 1850. California (recently acquired by the U.S in the war with Mexico) had approved a free-state constitution and petitioned Congress for statehood; meanwhile, Texans were engaged in a border dispute, claiming that their territory included half of present-day New Mexico and part of Colorado. Had the boundary issue been decided in favor of Texas, southerners might have pushed to create a second state out of the larger Texas territory in order to balance California's admission as a free state. The series of congressional bills collectively known as the Compromise of 1850 (temporarily) settled these troublesome issues by admitting California as a free state and giving Texas $10 million to relinquish its territorial claims, while the pro-slavery section supported these proposals in exchange for the passage of the Fugitive Slave Act.

The issue of the 36°30'N slavery demarcation line soon became moot when the Missouri Compromise was effectively repealed by the 1854 passage of the Kansas-Nebraska Act and explicitly ruled unconstitutional by the Supreme Court's 1857 Dred Scott decision. Any real likelihood that Texas might be carved up into additional states was ended when Texas seceded from the Union in 1861, joined the side of the Confederacy in the Civil War, and was not formally re-admitted to the U.S. until after the 1865 ratification of the 13th amendment which abolished slavery throughout the jurisdiction of the United States.

Although the provisions of the Texas Annexation document allowing for the creation of four additional states are popularly regarded as a unique curiosity today, they were largely superfluous. Article IV, Section 3 of the U.S. Constitution already specifically provided for the formation of new states through the junction or division of existing states:

New states may be admitted by the Congress into this union; but no new states shall be formed or erected within the jurisdiction of any other state; nor any state be formed by the junction of two or more states, or parts of states, without the consent of the legislatures of the states concerned as well as of the Congress.

Another Texas-related legend holds that the Texans negotiated an annexation treaty which reserved to them the right to secede from the Union without the consent of the U.S. Congress, but the terms of Texas' annexation contain no such provision.