Did you hear that one about the kids who left a turkey neck sticking out of Dad's pants? 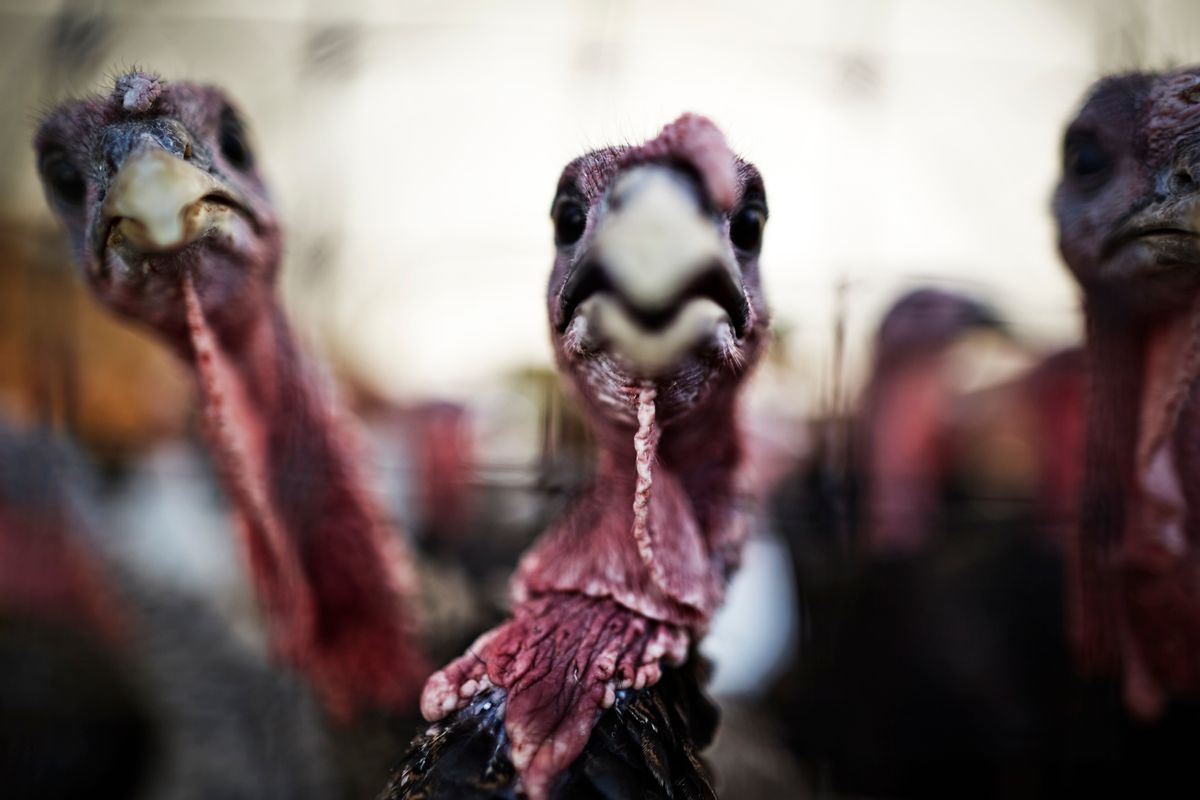 Claim:
Prankish kids leave a turkey neck sticking out of Dad's pants; Mom faints when she sees the cat gnawing on it.
Rating:

This tale about a practical joke gone awry dates at least to the early 1980s.

A man goes out drinking on Thanksgiving Day, comes home tipsy, and falls asleep on the sofa, the fly of his trousers open. His teenaged sons come in a while later and decide to play a prank on Dad. They get a turkey neck out of the refrigerator and leave it dangling from his fly and go upstairs for the night.

At first light, Mom comes downstairs to find the family cat noisily munching on the turkey neck protruding from her husband's fly. She faints.

Two friends one night had the unenviable pleasure of assisting a third, in a very drunken state, home from the pub. By the time they reached his house he was in a collapsed state so, without waking his wife, they laid him down on the sofa to sleep it off. On the way out through the kitchen one of the friends noticed a bowl of turkey giblets and, as they were rather put out by the companion's regular drunken antics, they decided to play a practical joke on him. They took the cooked turkey neck, opened the sleeper's flies and zipped them up again with the turkey neck hanging out.

In the morning the wife of the drunken sleeper came downstairs to see where her husband had collapsed to sleep off the previous night's excesses. Imagine her dismay when she was greeted with the sight of the cat, sitting on her husband's chest chewing merrily on what she imagined to be his penis. At this point the practical joke began to backfire for, in her shocked state, the wife fainted, fell down the stairs and broke her leg.

In most versions of this legend it is the wife who ultimately pays the price for this practical joke meant to target someone else. She bears the brunt of the punishment meant for her husband, in effect once again suffering for his misdeeds.

The husband has earned punishment by virtue of being drunk. Also, by implication, he's been neglecting his family, preferring to be out tying one on rather than spending time at home with them. In particular, versions specifying the poultry part having come from the Thanksgiving or Christmas turkey punctuate the seriousness of his misdeeds and the depths of his neglect. His sons are thus viewed as having engaged in a justifiable act of shaming rather than a random act of familial mischief. Likewise, the man's friends are seen as administering a deserved punishment (he's imposed on them once too often) instead of simply having given into a playful notion upon spying that turkey going to waste.

The object of the prank is to trick the drunken sod into thinking he's been running around all night with his johnson hanging out. That he will quickly determine matters are more poultry than penile will not undo his moment of shock and (hopefully) his flash of realization that he makes a right fool of himself when he drinks. Or so goes the plan.

Though usually this is a story about a practical joke taking out an innocent bystander, Brunvand collected an odd version where the act backfires on the perpetrator. It's the missus herself who positions the turkey neck in the drunken husband's pants. She later forgets she's put it there, then spots the cat having his nosh, faints, hits her head on the hearth, and thereby earns herself a fine array of cuts and bruises.

We like this legend because it provides a valid use for a turkey neck, an item otherwise only suited for the stock pot.