A photograph of a man in a bunny mask dragging a woman into a building is a piece of art, not a piece of evidence. 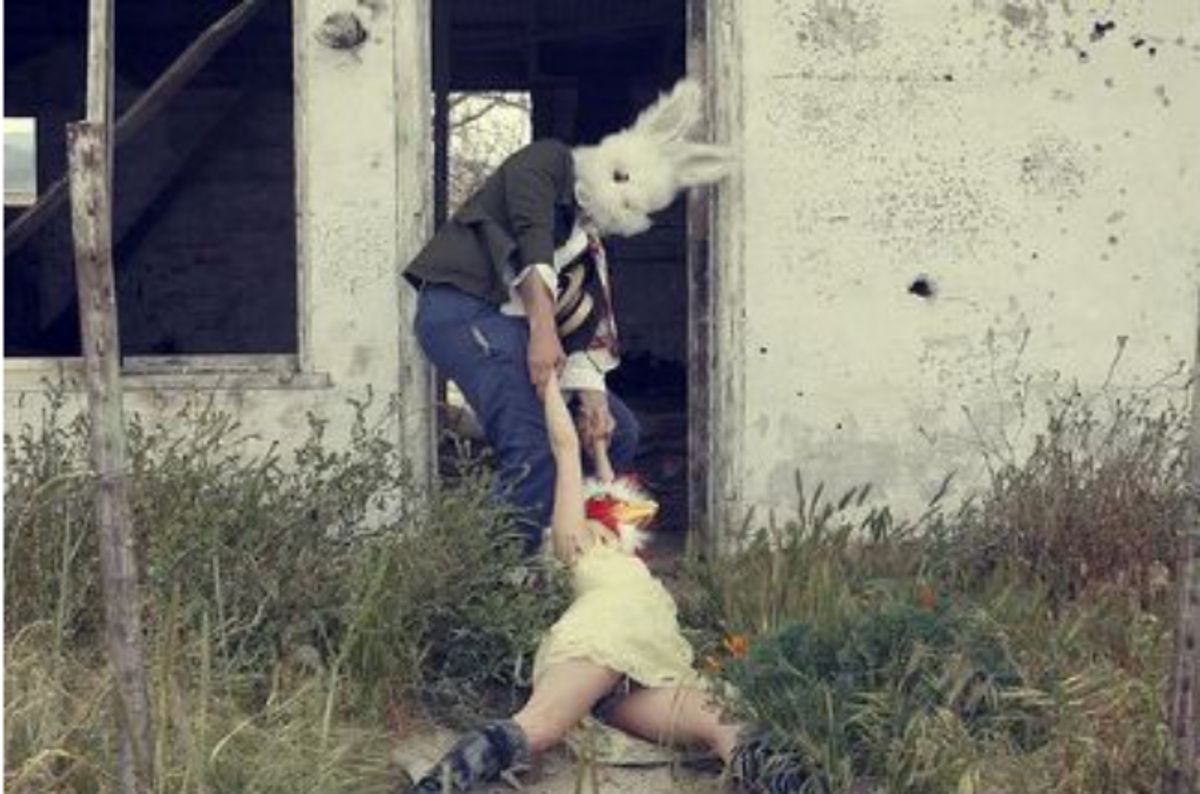 Claim:
The FBI discovered a mysterious photograph behind a dumpster in 1982 which showed a man in a bunny mask dragging a woman into a building.
Rating:

A photograph showing a man in a bunny mask dragging a woman into a building has been circulating around the internet since at least 2010. While the photograph is often associated with the claim that it was found by the FBI behind a dumpster in Georgia in 1982 and served as a piece of evidence in an open investigation, this is not that the case.

A picture is going around of a man with a bunny head dragging a female into a old building. The caption says something about 1982 unsolved mysteries OPEN CASE. The above-displayed photograph was taken around 2010 by photographer Eliot Lee Hazel as part of his Poppy Field Gang collection. The man in the bunny mask, as well as the woman in the chicken mask, can be seen in several other photos in this collection: