Did a woman sell her partner's expensive new car for $50 after he ran off with a younger woman? 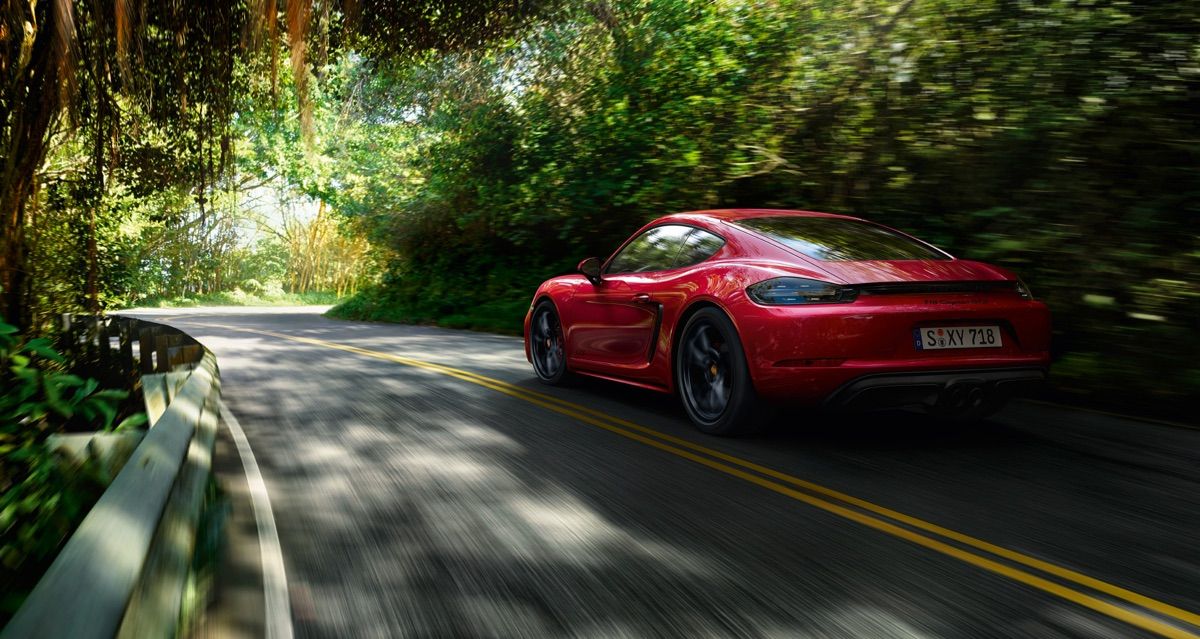 Claim:
Woman sells her partner's expensive new car for $50 after he runs off with a younger woman.
Rating:

-->The version of this legend in which the wife is directed to sell the car by her husband's will has circulated in England since at least 1948 and is sometimes claimed to have originated with an actual event printed in English newspapers that year. The "husband ran off with his secretary" version of this legend was reported as true in Ann Landers' column of 4 November 1979, sent in by a reader who claimed to have seen it in the Chicago Tribune. Even though Ann admitted no one at the Tribune could locate a copy of the article, she stated "the incident did happen as reported and was a news story somewhere." Ann Landers ran the piece again (with the same claim of veracity) in her 24 August 1990 column, even though Brunvand had covered it (and her reporting of it) in The Vanishing Hitchhiker nine years earlier.

The Earl of Mowbray describes the adventure of a friend of his, a commander in the Royal Navy, who saw an ad in the Times offering a Rolls-Royce in good condition for the price of £5. He instantly telephoned the offerer. A butler answered and put on her ladyship, the owner, who told him in complaisant tones that indeed the car was for sale and why didn't he come around to have a look?

He did. The Rolls was in excellent condition, had less than ten thousand miles on the clock, and was waxed to a mirror finish. The owner was a middle-aged woman, obviously well off, showing no signs of unworldliness. After signing the appropriate papers and paying for and taking possession of the machine, he asked her how it came about that she was letting it go for so little.

Her husband had died recently, she said, and in a late codicil to his will, of which she was the executor, he had directed that his new Rolls be sold and the proceeds turned over to a certain Daisy, with an address in the East End, a run-down neighborhood of London. She was following his instructions to the letter.

Dear Ann Landers: I don't want to beat a dead horse, but I think this one is good enough to print. It tops the previous letters sent in by readers in support of your theory that truth is stranger than fiction.

They backed you up by sending newspaper clippings of happenings no one would believe if they had appeared in your column. The last one, a news item from the Wisconsin State Journal, was about a 5-year-old boy who had been charged with rape.

Here's a lulu from your own back yard - the Chicago Tribune.

A man in California saw an ad in the paper for an "almost new" Porsche, in excellent condition - price $50. He was certain the printers had made a typographical error, but even at $5,000 it would have been a bargain, so he hurried to the address to look at the car.

A nice-looking woman appeared at the front door. Yes, she had placed the ad. The price was indeed $50. "The car," she said, "is in the garage. Come and look at it."

The fellow was overwhelmed. It was a beautiful Porsche and, as the ad promised, "nearly new." He asked if he could drive the car around the block. The woman said, "Of course," and went with him. The Porsche drove like a dream. The young man peeled off $50 and handed it over, somewhat sheepishly. The woman gave him the necessary papers, and the car was his.

Finally, the new owner couldn't stand it any longer. He had to know why the woman would sell the Porsche at such a ridiculously low price. Her reply was simple: With a half-smile on her face, she said, "My husband ran off with his secretary a few days ago and left a note instructing me to sell the car and the house, and send him the money."

Jones noted an advertisement in the newspaper offering a current-model Cadillac in prime condition for $50 cash. Certain it was a typographical error, he called the advertiser out of curiosity.

To his astonishment, he found that the advertisement was legitimate. The Cadillac was indeed brand-new and it was indeed in spit-and-polish condition. The title of ownership was clear and the price asked was indeed $50. The woman who was selling it calmly accepted the five ten-dollar bills he handed her, wrote him out a receipt, and handed him the keys.

With the deal successfully concluded, Jones was driven by curiosity to ask, "But why is it, madam, you have done this? This is a car worth many thousands of dollars. How can you accept fifty?"

"It's quite simple," said the woman, placing the bill of sale and the money in her purse. "My husband died shortly after buying this car, and in his will he directed that I sell it and that the proceeds go to his mistress."

In any form it's a neat little revenge tale, even if a bit implausible. If you were going to run away from your spouse, wouldn't you take your car (especially an expensive one) with you? And if you found someone who was selling a like-new, expensive car for a ridiculously cheap price, would you really wait until after the transaction was completed before asking why?

In June 2005, either an act of ostension or yet another prank engineered by a man with a taste for them played out in the British press. According to This is London, the £25,000 car belonging to controversial disc jockey Tim Shaw of Kerrang 105.2 was sold by his wife, Hayley Shaw, for 50p on eBay after the DJ announced during a live interview with model Jodie Marsh he was prepared to leave his wife and two children for her. Either a fed-up wife found inspiration in a decades-old urban legend, or a shock-jock was up to more of the usual.

I have been married to this unfaithful poor excuse for a human being for over 25 years and yes we are wealthy. I had hunches that my husband was cheating so I followed him out on what he said was a "guys poker night" to find him at a 5 star restaurant cuddling up to this young blonde woman (cliché).

So to pay him back, as I have rightful ownership of his precious Porsche, I have decided to sell it for a specific price of $20,000. I figured $20,000 is just enough for a return flight/accommodation to Europe so I can fondle with all the wealthy European men!

The posting was quickly unmasked as a hoax:

An online advertisement that claimed a jilted Melbourne wife was selling her cheating husband's Porsche for a bargain basement price has been revealed to be a hoax.Eyebrows were raised when the ad appeared on the aptly named www.revengesales.com.au practically giving away a 2010 Porsche 911 Carrera 997 for just $20,000.

The photos used in the ad have now been revealed to have been lifted from a listing on UK vintage car dealer Stirlings's website.

Similar cars are advertised in excess of $150,000 on other websites, leading to claims the ad is a blatant attempt for free publicity for the website.

Sightings:   A gender-switched version of this legend shows up in Judith Van Gieson's 1993 novel The Lies That Bind. If you prefer it the more traditional "wife nails errant husband" form, you'll find that in the 1996 film First Wives Club, a 1998 TV commercial for Route 66 jeans, and in an episode of television's Alice from the 1982-83 season ("Mel's Dream Car"). A version involving a record collection instead of a car appears in Nick Hornby's 1995 novel High Fidelity.

John McCutcheon's 1989 song "The Red Corvette" is a telling of this legend:

One morning while reading the paper
In search of a new set of wheels
The classifieds had a most curious ad
In their listing of automobiles.
I read in suspicious amusement
What seemed like a wild stroke of luck
"Corvette Stingray," it said, "low mileage, bright red,
"'83 model, 65 bucks."I was used to my newspaper's typos,
Still I called up that number straightway.
"'Bout that '83 'Vette: have you sold that thing yet?"
She said, "No, you're my first call today."
I said, "There's been some mistake in the paper,
They've printed the price wrong somehow."
"Oh no," replied she, "they got that from me."
I said, "Don't sell that thing, I'm leaving now!"

Her address was in part of the city
Where I'd ventured just one time or two
Where the doctors, bank presidents, and lawyers are residents
And the houses are massive and new.
And as I turned up her half-mile driveway
There in the cool of the day
In the sunlight it gleamed: the car of my dreams
Just $65 away.

The interior was done in white leather
It had a 587 V-8
Gull-wing-span doors, Hurst four on the floor
And the 8-channel tape deck was great.
There was chrome on the chrome on the fenders,
An aerodynamic design
A bar, a TV, and it was boggling to me
That for 65 bucks it was mine.

Now I expected that this woman was crazy
To sell off this car at that price.
But as we walked down the lane she seemed perfectly sane
She was charming and really quite nice.
And she smiled in such great satisfaction
As she handed me title and keys.
I said, "I've just got to know why you've let this thing go
"What's wrong with this car? Tell me please!"

Says she, "I'll be 60 come Tuesday.
And I've lived here with my husband, Earl.
Well, after 30 years wed and without a word said
He left me for a young teenage girl.
But with his credit cards left here behind him,
I knew that he couldn't get far.
Last night from Florida he sent a wire to me:
"Said, 'I need money, dear, sell the car!'"