Is This a Real Ad for Thanksgiving Stuffing in an Aerosol Can?

Sure it sounds easy, but it also sounds gross. 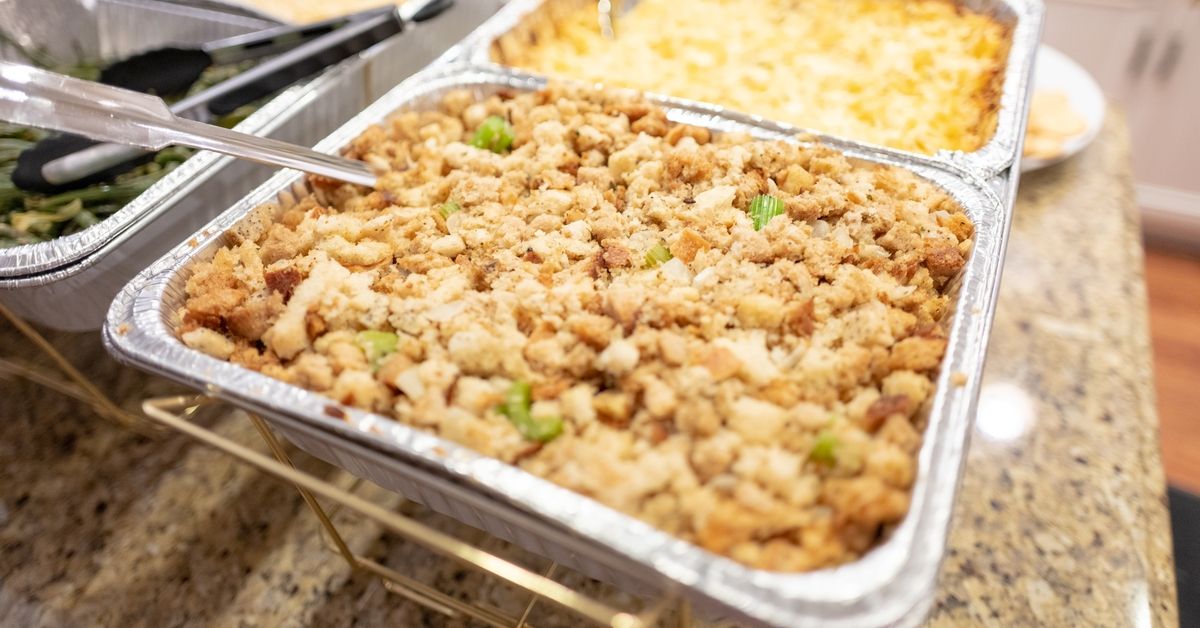 The post-World War II era saw a number of technological advances that accompanied a boom in consumerism, many intended to ease the burden of household chores. But was Thanksgiving stuffing in an aerosol spray can one of them? Some social media users have been sharing an image of an alleged vintage ad from the chemical company DuPont promoting such a product.

"NO chopping! NO cubing! No hassles," the ad reads, in part. "The first stuffing in a can!" 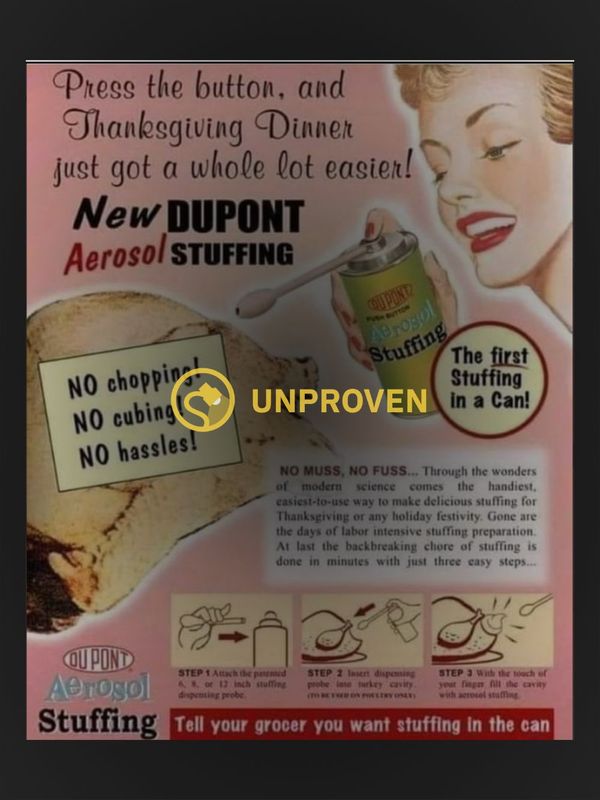 We reached out to DuPont asking if this was a legitimate product ad, and will update this story when and if we receive a response.

It's improbable, however, that any stuffing is or was in a can, not least of all because stuffing is typically solid food, which would make spraying it from a pressurized can with a valve ... difficult.

Another reason we believe the ad is likely fake is that in some versions, what might be the initials of the image's creator and the year it was made can be seen in the lower right corner: "DW 2006."

Furthermore, a reverse image search using both Google and Tineye traced the image back only to such image boards as Imgur, infunny and Pinterest. It seems the image was created in recent years for humor purposes, and was not a real vintage ad for an actual product.

We have, in other words, found no reason to believe the image above represents a real ad, but will update this story when we have more information.