Is the 'Thanks to Those Who Serve' Corn Maze Real?

One could say you may gaze at this amazing maize maze for days. 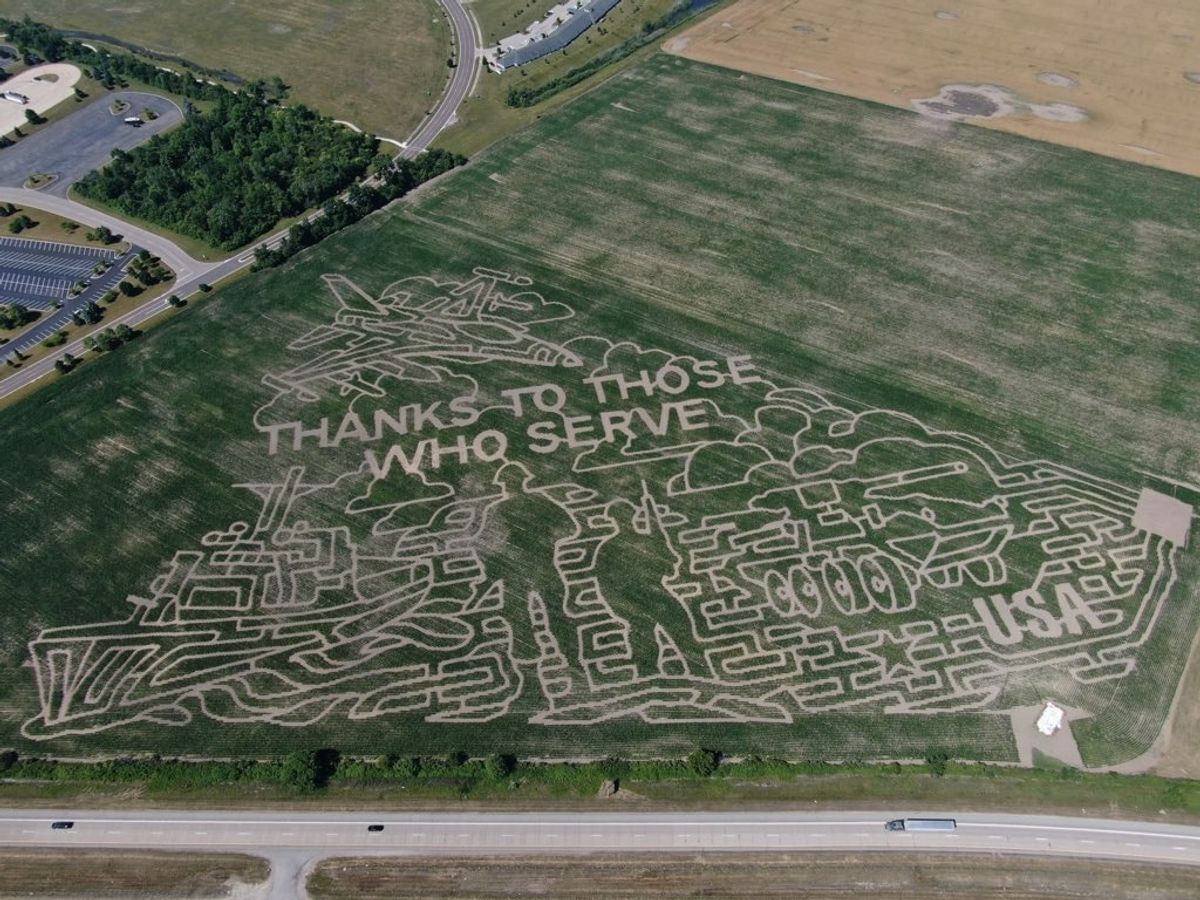 Claim:
A photograph shows a corn maze that spells out the letters, "Thanks to those who serve."
Rating:

An image supposedly showing a "thank you" message to the members of the U.S. armed forces written in a corn field was circulated on social media in the days leading up to Veterans Day in November 2020: This is a genuine photograph of the words "Thanks to those who serve" written in a corn field.

The above-displayed image shows Farmer J's Corn Maze in Dundee, Michigan. According to Bedford Now, a local Michigan newspaper, the Jaworski family has been building corn mazes in Dundee for the last 20 years. Previous designs have focused on family-friendly subjects like dinosaurs, sharks, and desert animals. Lyle Jaworksi, the owner of the maze, said that they wanted to honor the military this year because "without them, we don't have freedom or anything."

It honors every division of the Armed Services, said Lyle Jaworski, owner of the maze. He said the design honors the military because “without them, we don’t have freedom or anything,” he said. He added that the family has a different design every year and is marking its 20th anniversary this year as a tourist attraction.

A video of the "Thanks to those who serve" corn maze was shared on the Farmer J's Corn Maze Facebook page: