Social media rumors report that voting machines in Texas are changing voters' selections to the opposite party's candidate in the state's U.S. Senate race. 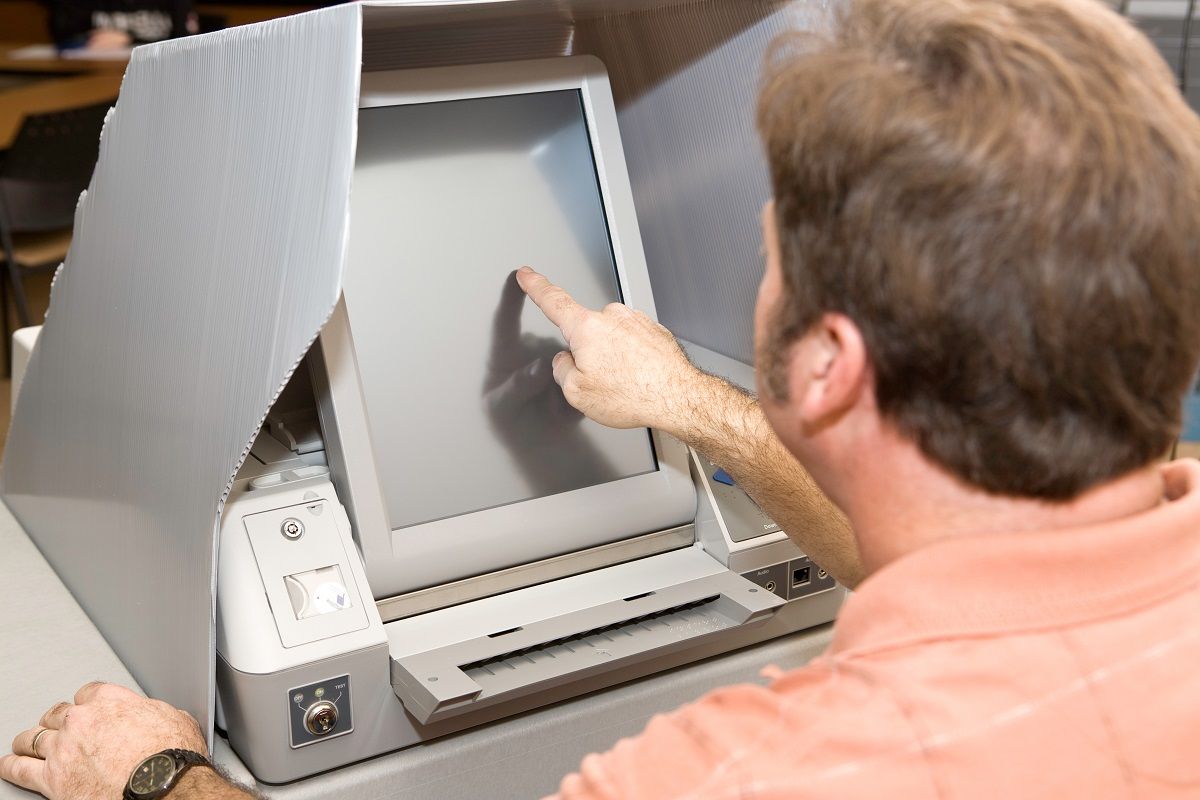 Claim:
Voting machines in Texas are changing voters' selections to the opposite party's candidate in a U.S. Senate race.
Rating:

Some voters in Texas have reported that their votes in the Cruz-O'Rourke Senate race were being reversed to select the opposite party's candidate.

The problem is a known "user error" issue with voting machines used in some Texas counties that can occur when the straight ticket option is selected, and election officials say it generally results in choices being left blank rather than party-switched.

In October 2018, reports began appearing on social media that voters in Texas were seeing their votes for the hotly contested U.S. Senate race between Republican incumbent Ted Cruz and Democratic challenger Beto O’Rourke being switched to the opposite party when they selected the "straight party" (or "straight ticket") option: Indeed, some voters in Texas have reported that when using the "straight ticket" option (i.e., automatically marking candidates from the same party for every race) on voting machines, their selections for the U.S. Senate race were either left blank or were reversed, with some Democratic voters' ballots being marked for Republican candidate Ted Cruz and some Republican voters' ballots being marked for Democratic candidate Beto O’Rourke: Despite complaints from both sides about voting irregularities and accusations of election tampering, the Houston Chronicle quoted Sam Taylor, communications director for the Secretary of State, as saying that only about 15 to 20 people had complained to the state so far, and most of them reported that their ballots for the U.S. Senate race had been left blank rather than party-switched. Some of the Democratic voters who reported problems with their ballots being marked for Ted Cruz in the Senate race also noted they were able to obtain assistance in changing their votes back to what they intended.

Rather than being the result of a plot by one side or the other to subvert the U.S. Senate election, these voting anomalies are a known problem that surfaced during the 2016 election with the Hart eSlate voting machines used in about a third of Texas' counties:

The problem occurs on the Hart eSlate voting machine when voters turn a selection dial and hit the “enter” button simultaneously, according to the state. Eighty-two of the 254 counties in Texas have these machines, although complaints have only come from Fort Bend, Harris, McLennan, Montgomery, Tarrant and Travis counties, according to Taylor.

“It does pop up from time to time,” said Taylor. Voters should “double and triple check and slow down” before casting their ballots, he said.

Although the state sent the advisory, the Civil Rights Project contends that more should be done to ensure voters understand the potential for wrongly recorded votes.

The group is pushing the state to post advisories to inform voters at the polls about the problem, and how to detect it.

Harris County officials have echoed that the issue is a voter error and not a problem with the machines. Some voters who have tried to cast a straight ticket ballot for Republicans have also found the machine erased the vote for Cruz and records no selection for U.S. Senate.

The Texas Tribune similarly reported that state officials had characterized the issue as one of voter error rather than machine malfunction:

[A]ccording to the Texas Secretary of State’s Office, the voting machines are not at fault. Rather, the problems reported are the result of “voters hitting a button or using the selection wheel before the screen is finished rendering,” which de-selects the pre-filled candidate selection.

“The issue is occurring primarily with the U.S. Senate race selections, because it is at the top of the ballot,” said Sam Taylor, a spokesman for the secretary of state ...

Hart eSlate said it "simply records the voter’s inputs. It does not, and cannot, 'flip' or 'switch' votes." A spokesman also said that their voting devices comply with the state's Election Code and have been used "reliably across Texas" since 2002.

"Most importantly, the eSlate displays all voter choices on a ballot summary page, once the voter has made all selections," the statement said. "This gives the voter the opportunity to verify that they have marked the intended choices before casting the ballot. If the voter has mismarked a choice or has changed their mind, they have the option of returning to any contest that needs to be changed."

According to the secretary of state’s office, Hart eSlate voting machines have an “enter” button and a selection wheel to help voters select their choice candidate. The office advises voters to use one button at a time and to not hit the “enter” button or use the selection wheel until the page is fully rendered.

Counties that use other brands of voting machines, such as Bexar County, have experienced complaints from voters of somwhat similar errors, primarily that when voters cast straight ticket ballots, the machines leave blank any race in which their favored party doesn’t have a candidate.

Texas election officials said the cost of upgrading the machines in time for the 2018 midterms was prohibitively expensive:

The Hart eSlate voting machines in Texas were last certified in 2009, meaning most of this equipment is at least that old, Taylor said. Upgrading the machines is costly: $50 million would just cover costs to upgrade machines in Harris, Dallas and Tarrant Counties, he said.

“It wouldn’t even put a dent” in the cost of upgrading machines statewide, Taylor said.

Even if this particular problem affecting straight ticket voting on certain machines id not resolved after the 2018 election, the issue will be moot in Texas, as the state legislature voted in 2017 to eliminate the straight party voting option beginning with the 2020 general election:

Gov. Greg Abbott signed a bill into law that will eliminate the straight-ticket voting option starting in 2020.

Straight-ticket voting, the option for voters to check one box to cast a ballot for every candidate from a single political party, is not available in most states, but it accounted for nearly 64 percent of total votes cast in Texas' 10 largest counties in the 2016 general election. House Bill 25 removes the straight-ticket option from Texas ballots after September 2020.