The pastor has cited a handful of conspiracy theories that Snopes has previously debunked. 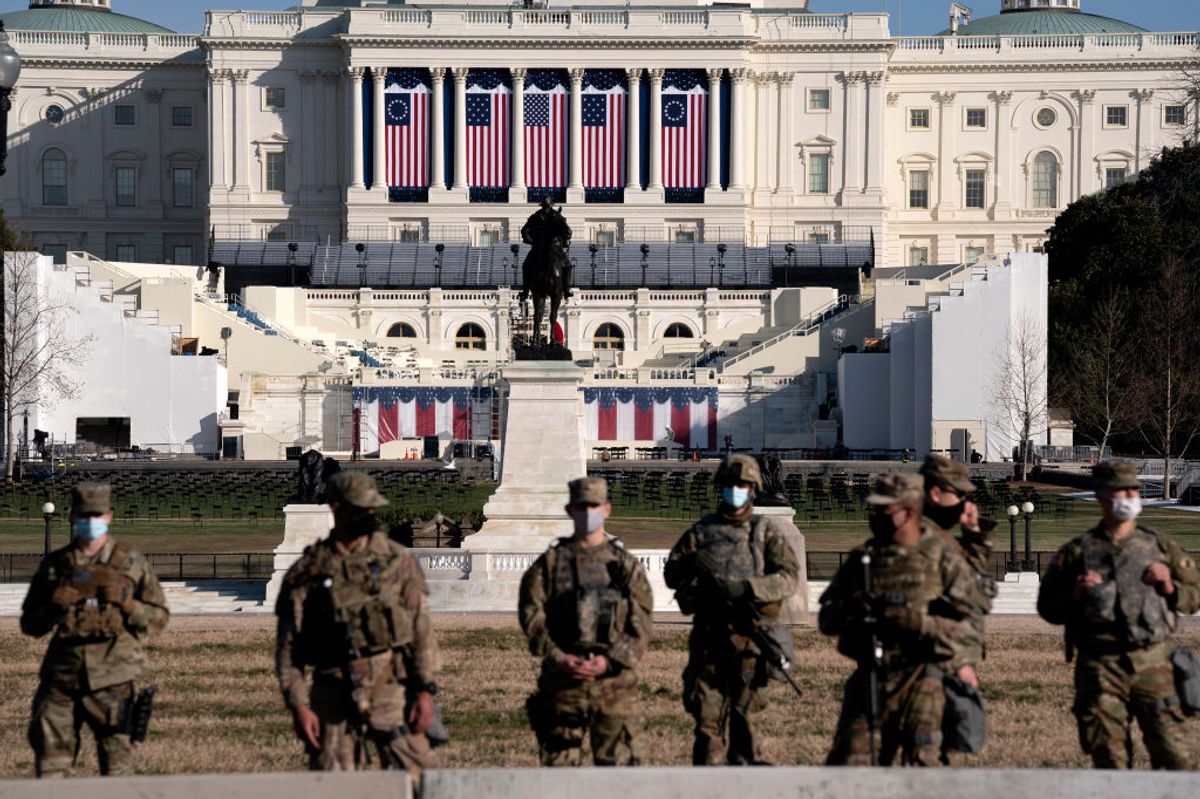 As tensions mounted after the Jan. 6, 2021, insurrection at the U.S. Capitol in Washington, D.C., and the National Guard heightened security around national landmarks, a Texas pastor reportedly told his congregation to keep their weapons “loaded” in advance of U.S. President-elect Joe Biden’s Jan. 21 inauguration

The sermon received coverage from several news publications, including Newsweek and Miami Herald, and Snopes readers asked our team to verify if the pastor was accurately quoted.

Lead Pastor Brandon Burden holds ministry credentials through the KingdomLife Church, a Frisco, Texas-based, establishment that identifies itself as an “army of God” committed to “training and equipping the generations for their life assignments.” We watched the more than 90-minute sermon, which was livestreamed on Facebook on Jan. 10. Just after the 1 hour 34-minute mark, Burden told his followers to keep their guns loaded as the days inched closer to the inauguration.

“I do believe in the Second Amendment. We are locked and loaded at the Burden house. Don’t be stupid,” said Burden. He then went on to cite the Castle Doctrine, a Texas law that established when deadly force is permissible in relation to intruders on personal property.

“If you do have weapons, please make sure you have them loaded,” he said.

Burden made other fanatical claims in the same filmed sermon, including that his church had an “executive order, not from Congress and D.C.”

That job, according to Burden, belonged to the ecclesiastics of his church and was to be executed in cooperation with the angels and the "CEO" in heaven. Burden, who spent a portion of his sermon speaking in what appeared to be tongues, also cited the Insurrection Act that he said gave U.S. President Donald Trump the power to charge those who interfered in the election with treason before a military tribunal (mostly false.)

Burden also warned that Apple was planning to take the emergency-messaging system off of its most recent update so that Trump would not be able to send warnings. (We debunked that one here.) He closed his sermon by advising his congregation to stock up on food and water, to fuel up generators, and to invest in shortwave radio.

“For seven days, I’m going to plan on being smart,” he said. “Let’s not be dumb sheep. Let’s be smart sheep.”