A since-settled controversy over undocumented immigrants and birth certificates in Texas was shared as new after the November 2016 election. 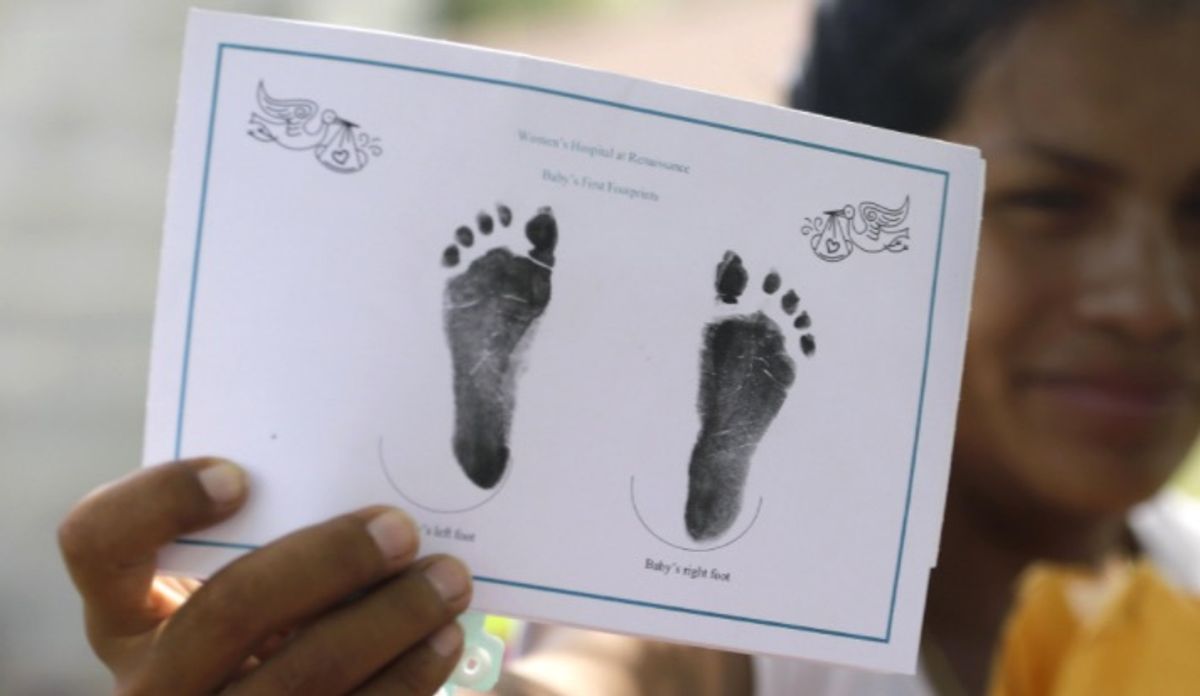 Claim:
The State of Texas announced it would no longer be issuing birth certificates to the children of undocumented immigrants.
Rating:

From 2013 through mid-2016, undocumented immigrants experienced difficulties obtaining birth certificates for their children born in Texas.

In July 2016, a lawsuit settlement ended the practice of obstructing the issuance of birth certificates to undocumented immigrants' babies in Texas.

In November 2016, a number of social media links (marked "breaking") claimed the state of Texas would no longer permit birth certificates to be issued to the children of undocumented immigrants: The claim was (either implicitly or explicitly) associated with the election of Donald Trump on 8 November 2016, although the issue originated long before, and had no connnection to, that event. For example, one popular version published in August 2016 asserted that:

Since Donald Trump announced his intention to run for president, there have been several issues in connection with immigration policy that have become the subject of debate. One of the most heated debates has surrounded the issue of whether illegal immigrants who give birth to children in the United States should be able to obtain citizenship and whether their children born on United States soil can in fact obtain birth certificates.

Within the state of Texas, many counties simply will not grant birth certificates for children born in the United States to parents who are undocumented. Mexico has threatened that this recent failure to issue birth certificates could greatly threaten the relationship with Mexico. Given Mexico’s proximity to Texas, this is a major issue that needs to be addressed.

Almost universally, social media users believed or maintained a "breaking" post-election development had halted the issuance of birth certificates to the children of undocumented parents in Texas after 8 November 2016. But the issue came to a head in July 2015, as NPR reported back then:

An interesting immigration case is winding its way through a federal court in Austin, Texas: A group of mothers has filed suit against the chief of the state's Department of State Health Services Vital Statistics Unit, because it has refused to give their U.S.-born children birth certificates.

The issue here is not whether or not these children are U.S. citizens. They are and that's made plain by the 14th Amendment of the Constitution, which says most people born in the U.S. are automatically citizens.

The issue in this case is what kinds of identification Texas can demand of their undocumented immigrant parents to issue a birth certificate.

According to the complaint, Texas is refusing most forms of ID that undocumented immigrants would have access to. In one case, for example, the Vital Statistics office refused to a accept a matrícula or an ID card issued by a local Mexican consulate.

In October 2015, NPR followed up with the news that a judge had upheld the practice:

Texas can — for now — continue to deny issuing birth certificates to the U.S.-born children of illegal immigrants, a federal judge decided.

If you remember, a group of undocumented immigrants sued the state because it refused to issue birth certificates saying certain types of identification cards issued by foreign governments could not be used.

The parents of the American children argued that Vital Statistics offices were refusing to accept a matrícula, an ID card issued by Mexican consulates across the country, and a foreign passport without a U.S. visa as valid forms of IDs. Those identifications, the parents argued, are the most commonly available to illegal immigrants living in the U.S.

By July 2016, significant changes to the situation in Texas had rendered the original claims largely moot. The New York Times reported that a settlement had been reached enabling undocumented parents to obtain birth certificates for their babies born in that state:

[In 2015], [more than two dozen] immigrants sued [Texas], saying they could not obtain the documents Texas officials were demanding to prove their identities. [In July 2016], Texas agreed to a settlement that will expand the types of documents parents can present, allowing those without legal immigration status to obtain certificates for their children again.

The babies whose parents brought the federal suit were born in Texas medical facilities, so it was not in doubt that they were citizens. Lawyers for the parents said the settlement would be “life-changing” for them ... In the settlement, Texas made no changes to the basic rules for birth certificates, which it argued were designed to ensure that the essential documents were correctly issued. But the state agreed to accept several documents from parents that it had started to reject.

Although it was true that undocumented immigrants in Texas experienced difficulty obtaining birth certificates for their American-born infants between 2013 and 2016, a July 2016 ruling ended the practice which originally disrupted the parents from registering their children's births.