Keep in mind that a photograph shows a single moment in time. 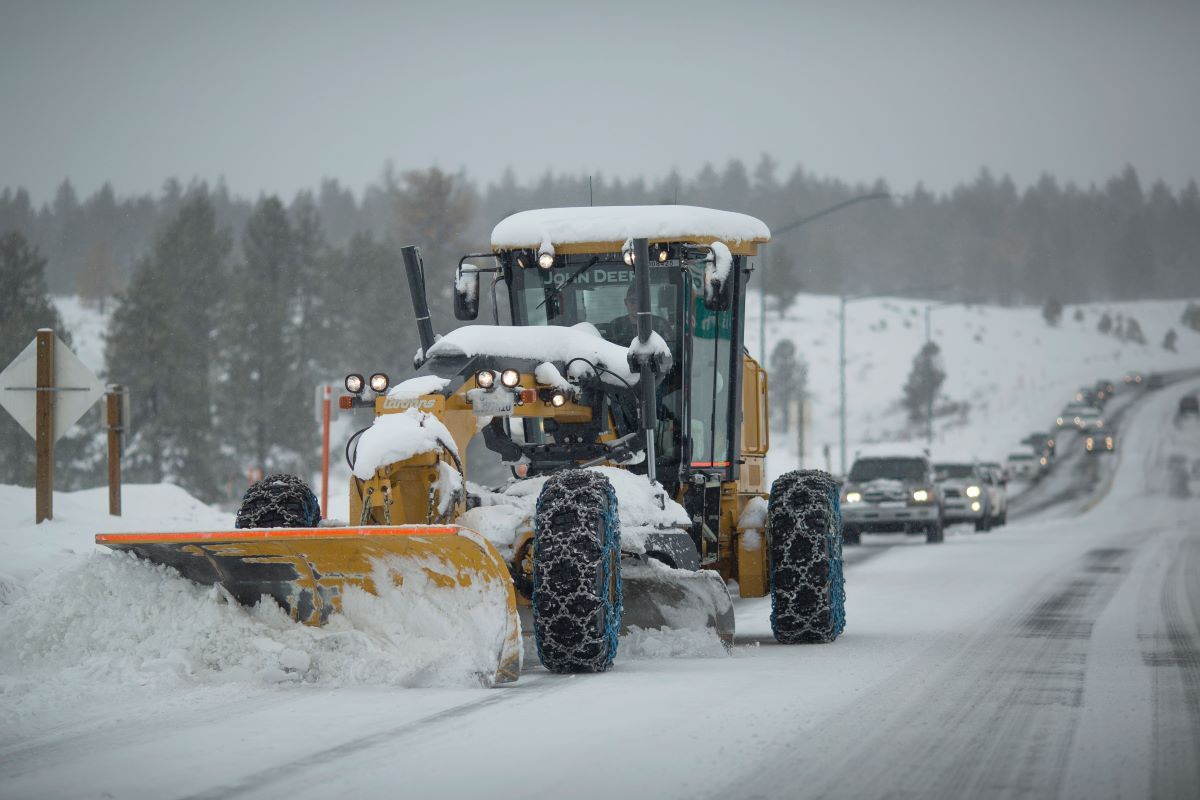 Claim:
Images show a snow-covered road in Texas next to a snowplowed road in Arkansas during a February 2021 winter storm.
Rating:

In February 2021, as much of Texas was left without power after a winter storm overwhelmed the state's power grid, photographs and videos started to circulate that supposedly showed a plowed street on the Arkansas side of the border and a snow-covered street on the Texas side: This is a genuine photograph of a highway that runs along the border of Texas and Arkansas. The portion of the road on the Arkansas side had been plowed, while the road on the Texas side is covered in snow.

These images are undoubtedly real, but they do not necessarily tell the entire story.

Texas has truly struggled to deal with the winter storm. The state's power grid, which operates independently from the country's power grid, was overwhelmed during the storm and left millions of people without power. In many areas of the state, city officials also struggled to clear roads of snow. In Texarkana, for example, where the above-displayed video was filmed, traffic practically ground to a halt due to the snow, and crews at the city's airport were using construction equipment to clear runways.

The historic snowfall arriving in the area on Monday has brought public modes of transportation to a standstill for residents. Texarkana Regional Airport is keeping one runway clear for Lifenet flights, but otherwise, things remain grounded.

"We got nine inches of snow yesterday and 12 is forecast for Wednesday," said Paul Merlich, airport director, noting authorities are not normally equipped for this kind of weather.

"We tried getting a plow, but there didn't seem to be one available in the area," he said. "So we've been clearing the runway with construction equipment. The intensity of the weather was surprising, as was the lack of local snowplows."

While many parts of Texas may have been ill-equipped to deal with the storm, the state does have some snowplows. In Texarkana, too, the state's Department of Transportation is working to get the roads cleared. TxDOT Atlanta-District Spokesman Marcus Sandifer cautioned people about driving on Feb. 17 but added that snowplows were at work clearing roads:

TxDOT Atlanta-District Spokesman Marcus Sandifer said on Wednesday that snow plows were out on Interstate-30. Traffic was moving slow on I-30 but people were still cautioned to stay home if possible.

"It's very bad but we are doing what we can. It's going to continue to be bad until the sun comes out and the temperatures go up," Sandifer said.

If anyone must travel, they keep an extra flashlight, food, and water in their vehicle in case of an emergency.

While it appears that Arkansas has done a better job of clearing roads than Texas, it's important to note that the above-displayed video and photograph capture one moment in time. Texarkana Gazette reported that while this viral picture truly does show a half-cleared, half-covered road, both sides of this road were plowed shortly after this picture was taken.

On Wednesday, ARDOT also plowed the Texas side of State Line, according to District Engineer Will Cheatham. The plow operator "had to make the loop anyway," he said.

Meanwhile, Texarkana, Texas, street crews were also hard at work, focused on making bridges, overpasses and other major arteries into the city safer by plowing and sanding them. Overwhelmed by the continuous snowfall, the city hired local contractors to help. Rather than showing neglect on the part of the Texas side, the viral images show only a difference in the two cities' timing in clearing State Line, Texas-side City Manager Shirley Jaster said.

"It's a moment in time. If they would've looked back later on, they would have seen we'd plowed ours, too.

"I think what happened on State Line is we were a little further behind because we just had our crews working at that time. Since then, we added three additional contractors that we had working to help us, so they hadn't come online at that point," she said.

On Feb. 17, the day after this snowplow comparison went viral, Peek posted a second set of photos showing both the Texas and Arkansas sides of this road covered in snow: