The Origins of FedEx

Did the idea behind FedEx earn that company's founder a failing mark while he was a college student? 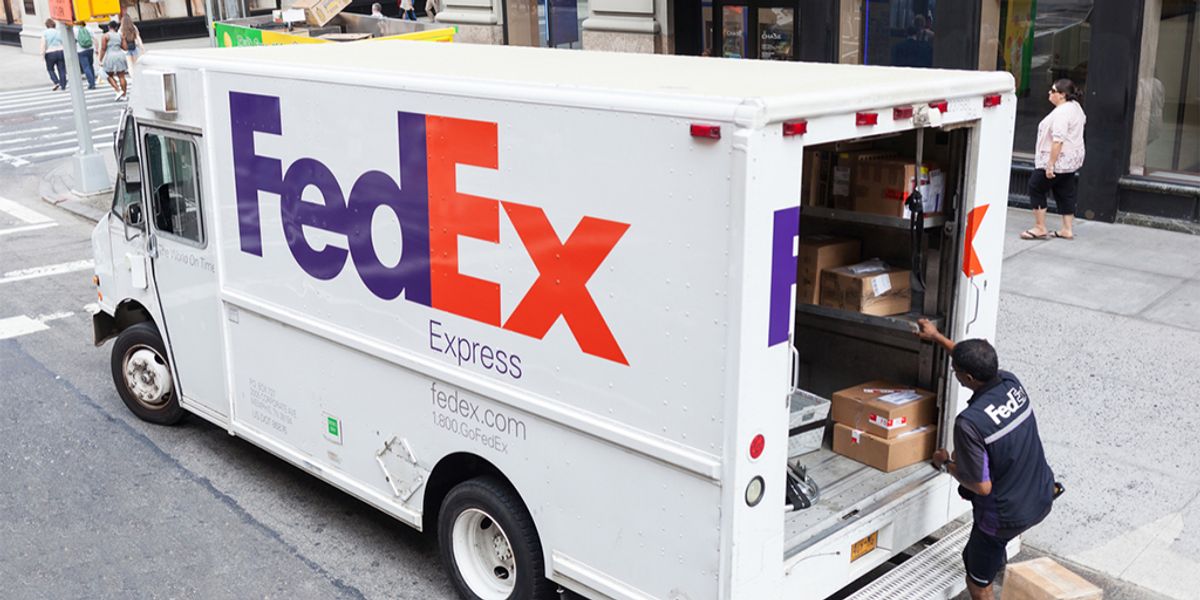 Claim:
The idea for FedEx earned that company's founder a failing mark while he was a college student.
Rating:

The core concept for FedEx's system of routing packages through a central hub was first expressed in a term paper penned by that company's founder while he was a college student.

The concept was not decried as unworkable or fool-headed by the professor who marked the paper, nor was the paper given a failing grade.

Especially prized in the realm of business lore are stories about well-known companies or concepts deemed unworkable by those supposedly in the know, yet their founders or originators forged on with those innovative plans despite the criticism they attracted and used them to establish wildly successful business entities. One of these yarns has to do with the core concept behind FedEx, one of the largest parcel delivery services in the world. According to a well-traveled bit of lore, the term paper in which the concept for FedEx was initially presented earned its author a failing grade as well as the derision of the professor who reviewed it:

A young person informed me that FedEx began when a college professor told his class to come up with a business plan which would work. A student submitted a plan for FedEx, although I'm not sure he named it so, and the professor allegedly told the student that he had failed, because, as was told to me, "My book says it won't work." The student, determined to prove that the professor was wrong, started the company. My young source tells me that at the home office of FedEx, there hangs on the wall the original business plan.

The spark of innovation that led to the creation of FedEx was indeed expressed in a college term paper penned by that company's founder while he was a student at Yale. However, the completing parts of the legend — that the paper earned a failing grade, or the professor who reviewed it arrogantly dismissed its premise as unworkable, even highly unrealistic and fool-headed — are not. Nor is the element that the professor's dismissal of the notion drove the student to show up his instructor by establishing the delivery system, thereby proving him a jackass. Instead, the tale is far more mundane.

In 1965, while he was earning a Bachelor's degree in economics at Yale University, Frederick Smith penned a term paper for Professor Challis A. Hall's Economics 43A class which contained an outline for a delivery service that would use a "hub and spokes" concept to handle the routing of parcels. (This plan entails first directing packages through a central sorting facility before dispatching them onwards to their intended destinations.) Such plan did eventually form the backbone of Federal Express, a company Smith started in 1971 upon his return from Vietnam, where he served as an officer in the U.S. Marine Corps from 1966 to 1970.

A number of sources assert the term paper earned a C from the instructor who marked it. However, while that aspect of the tale has been widely touted as fact, it does not appear to be verifiable. Smith himself fed the acceptance of this element of the story by once stating in an offhand comment about the term paper "I guess I got my usual gentlemanly C," but in a 2002 interview Smith acknowledged "I don't really remember what grade I got. I probably didn't get a very good one, though, because it wasn't a well-thought-out paper." (Questioning Professor Hall, the man who bestowed the grade, is out of the question because he died in 1968.)

Smith made no mention in his various recountings about the term paper story of the professor's having written dismissive comments on it or of having told him afterwards the idea was flawed or unworkable. That aspect of the tale appears to have been added by those who have repeated it over the years.