Did Pelosi Prevent Rep. Tenney's Son From Attending Swearing-in for 'No Reason'?

The congresswoman claimed that House Speaker Pelosi and her staff gave "no reason" for refusing to let her son watch the ceremony. Pelosi's office said the reason was COVID protocols. 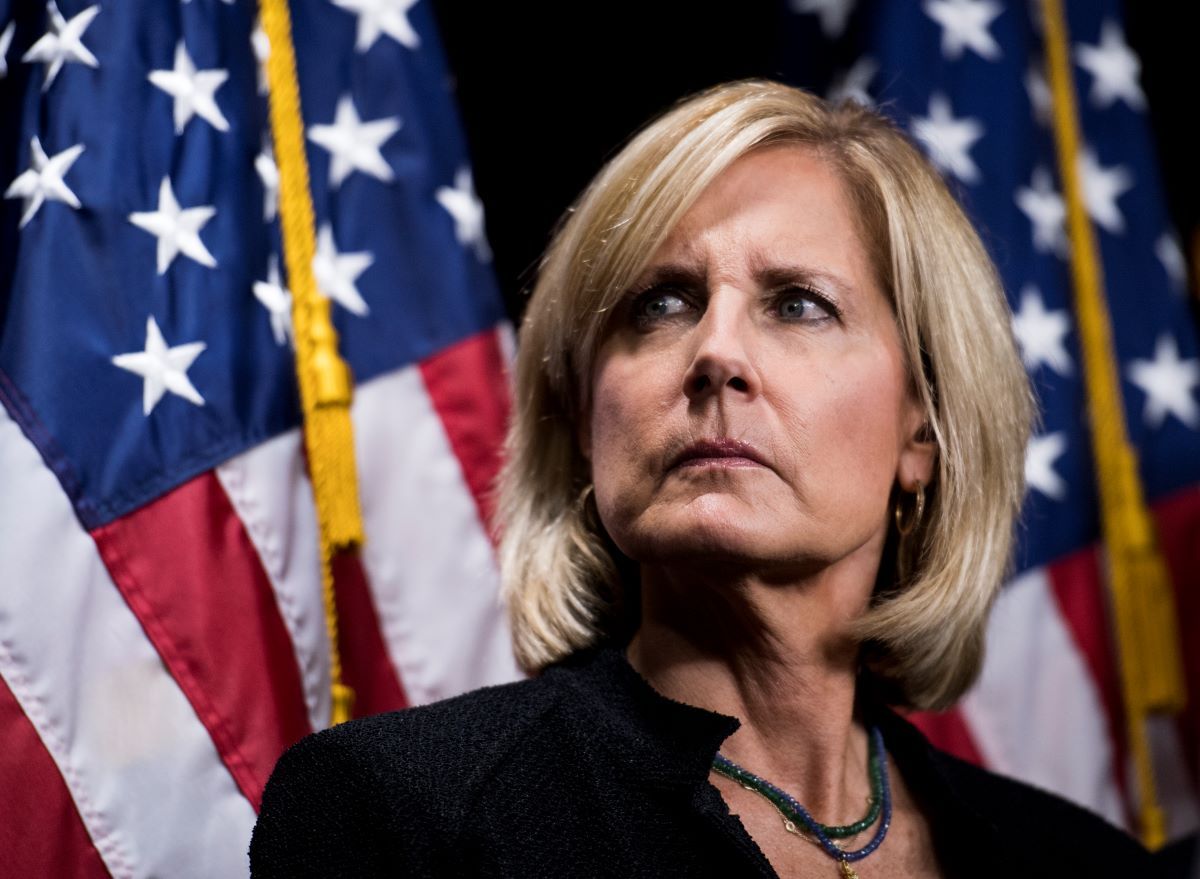 The son of Republican Rep. Claudia Tenney of New York was not allowed to view her swearing-in ceremony with Pelosi; but the assertion that this decision was made with no reason given and without any discussion of COVID-19, as Tenney has claimed, relies on conversations that lack a documentary record.

On Feb. 11, 2021, Claudia Tenney was sworn into office as a member of the 117th U.S. Congress representing New York’s 22nd Congressional District in a ceremony overseen by House Speaker Nancy Pelosi. That ceremony came over a month after most of Tenney's colleagues were sworn in on Jan. 3, 2021, due to a legal challenge brought by her Democratic opponent, Anthony Brindisi, who ended up losing by 109 votes. This was not Tenney's first swearing-in ceremony. She was first elected to Congress in 2016, but lost a reelection to Brindisi in 2018.

On the day of her 2021 swearing-in, former White House Press Secretary Sean Spicer tweeted that Speaker Pelosi's "staff denie[d] the request for [Claudia Tenney's] son, a graduate of the US Naval Academy, to be in the gallery." This represented some sort of double standard, Spicer claimed, because "On January 3rd, every member of the 117th Congress was permitted to have a family member witness the swearing in in the House gallery."

Later in the day, the Daily Caller ran a story in which Tenney "confirmed" Spicer's account, titled "Pelosi Banned Congresswoman’s Military Officer Son From Attending Her Swearing-In." In further interviews with Fox News, Tenney asserted she was given no reason for the decision, and that COVID-19 precautions never came up. "There was no reason indicated," Tenney claimed, but there was "no discussion of COVID." Given that at least some of these discussions, according to Tenney, took place "in person," Snopes is unable to address the accuracy of Tenney's characterization of conversations with Pelosi's staff.

Pelosi's office, for its part, pushed back on Tenney's narrative. Pelosi spokesperson Drew Hammill told Fox News that "the reason for denying the request was solely due to COVID-19 protocols set up by the Office of the Attending Physician and the House Sergeant at Arms" and had "nothing to do with politics." In contrast to Tenney's claims, there is documentary support for the notion that COVID-19 protocols alone would have prevented Tenney from bringing any guest to the ceremony.

For one thing, as Hammill pointed out, the Attending Physician of the House of Representatives and its sergeant-at-arms issued specific guidance for the Jan. 3, 2021, swearing-in ceremonies that allowed one guest per new member of Congress. That guidance, published on Dec. 30, 2020, advised that "only freshman, first-term Members-elect will be issued one (1) ticket for a guest to the House Gallery."

Even if one works with the misguided belief that nothing significant happened in terms of either COVID-19 or the U.S. Capitol between January and February 2021, it is not clear that Tenney would have been granted a ticket for a guest had she been sworn in on the regular date under the Dec. 30 guidelines. Having already served in Congress, she may not have been considered a "freshman, first-term Member-elect."

But a whole lot did happen in January 2021. Three days after the Jan. 3 swearing-in ceremony, a violent mob breached the U.S. Capitol in a failed attempt to overturn the results of the 2020 presidential election, leading to multiple fatalities and a brief pause in Congress' ability to certify the results of the Electoral College. During the riot, large groups of masked and unmasked politicians and staff were barricaded in a small and poorly ventilated space together for several hours. Several members of Congress tested positive for COVID-19 following the riot. On February 8, 2021, Rep. Ron Wright, R-Texas, became the first sitting congressman to die following a COVID-19 diagnosis.

The Congress Tenney entered on Feb. 11, 2021, was a fundamentally different place than it had been on Jan. 3, 2021. In addition to enhanced security as a result of the previous month's insurrection, the Attending Physician and sergeant-at-arms had issued new guidance regarding guests on Jan. 27, 2021, stipulating that they must be screened for COVID-19, and answer "no" to the presence of any COVID-19 symptoms listed in a survey. While, again, we have no record of what happened in the exchanges between Rep. Tenney and Pelosi's staff, or whether any screening for Tenney's son took place, it is factual to state that there were regulations in place that could have been invoked as an explanation for barring Tenney's son from the gallery that day.

Because Tenney's claim relies on currently unverifiable assertions about in-person conversations between herself and Pelosi staff, however, we rank the claim that no explanation was given to Tenney as "Unproven."