Do Photos Show Bill Gates Posing For a Teen Magazine?

A blog claimed these images showed the Microsoft co-founder doing a photoshoot for the now-defunct magazine, "Teen Beat." 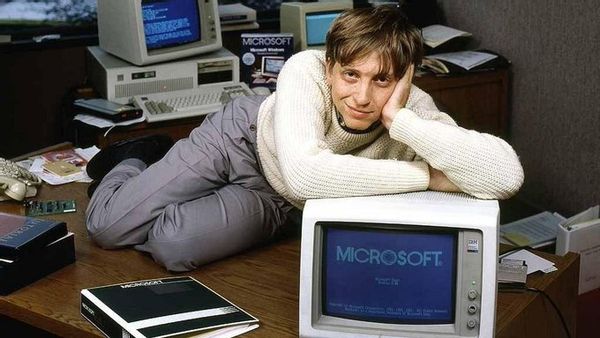 In 2005, many readers asked us about the below-displayed photos that were rumored to show Microsoft co-founder Bill Gates posing for a magazine called "Teen Beat."

The inquiries followed the posting of a blog post featuring the images with a caption identifying them as photos taken in 1983 for a "Teen Beat Photospread" (i.e., a layout in a magazine featuring stories and pictures of ‘teen idol’-type celebrities, marketed primarily to prepubescent girls). The blog's full caption read: "Bill Gates Strikes a Pose for Teen Beat Photospread, 1983."

These images are actually publicity photos taken of the then 30-year-old Gates coincident with the initial release of Microsoft Windows in 1985. The Corbis (or Getty Images) photo archive identified their depiction thusly: “Bill Gates, CEO of Microsoft, reclines on his desk in his office soon after the release of Windows 1.0. 1985 Bellevue, Washington, USA.”

This post was updated to meet Snopes' current editing and formatting standards on Sept. 9, 2022.