Did Ted Nugent Write an Open Letter to Joe Biden?

Critics of President-elect Joe Biden attributed a hyper-partisan missive to the right-wing musician and commentator. 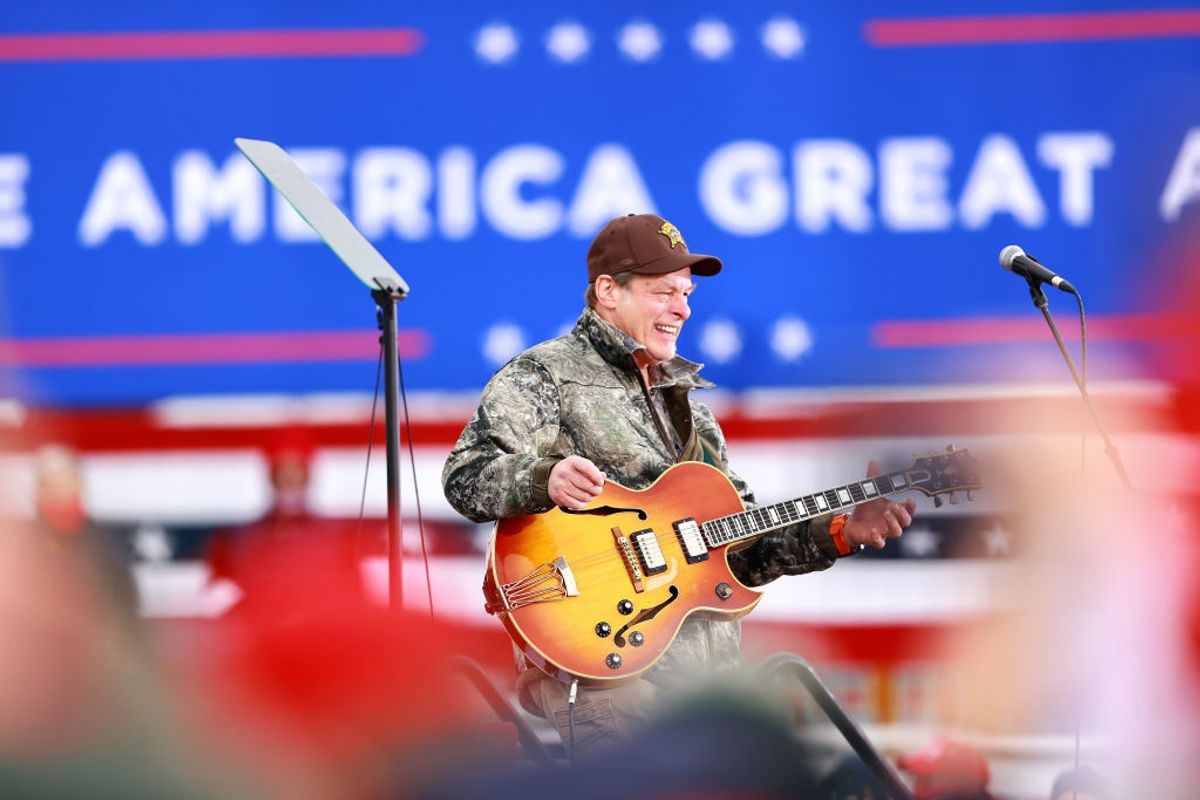 Claim:
The musician and right-wing commentator Ted Nugent wrote an open letter to Joe Biden, vowing to reject his calls for unity.
Rating:

In January 2021, with President-elect Joe Biden's inauguration just weeks away, readers asked Snopes to look into the authenticity and origins of a widely shared, hyper-partisan open letter to Biden, which was attributed to the right-wing musician and commentator Ted Nugent.

The post often came with the following preface: "Ted Nugent wrote Joe Biden a letter via Facebook and it is going viral fast. Just in case it is censored, here it is in it’s [sic] entirety."

The letter was typically presented as follows:

Some examples of the missive ended with the following:

"Your abject criminal dishonesty is treasonous. You belong in prison along with the rest of the Swamp."

The letter was first shared online in November 2020, but enjoyed a resurgence in popularity in January 2021, at which time it was universally attributed to Nugent.

Although Nugent was the most prominent public figure to post the open letter, he was not the first person to do so. Nugent posted a version of the letter on Nov. 18, as shown below: However, the letter was posted to Facebook by at least three users before Nugent: on Nov. 10; on Nov. 9 at 8:23am; and on Nov. 9 at 7:19am EST. None of those posts attributed the content to Nugent.

It's possible that Nugent posted the letter before them, and subsequently deleted it (only to later re-post it on Nov. 18), or that he uttered those words in a video or audio recording before Nov. 9, but we checked Nugent's website and social media channels and found no evidence that that sequence of events took place. However, since we can't rule it out, we're issuing a rating of "Unproven." It appears likely, though not certain, that Nugent saw the open letter to Biden, written and posted by someone else, and subsequently decided to published it himself.

Snopes asked a spokesperson for Nugent whether he had written the letter himself, but we did not receive a response in time for publication.