Did Ted Cruz Lose His Marriott Points After Cancun Trip? 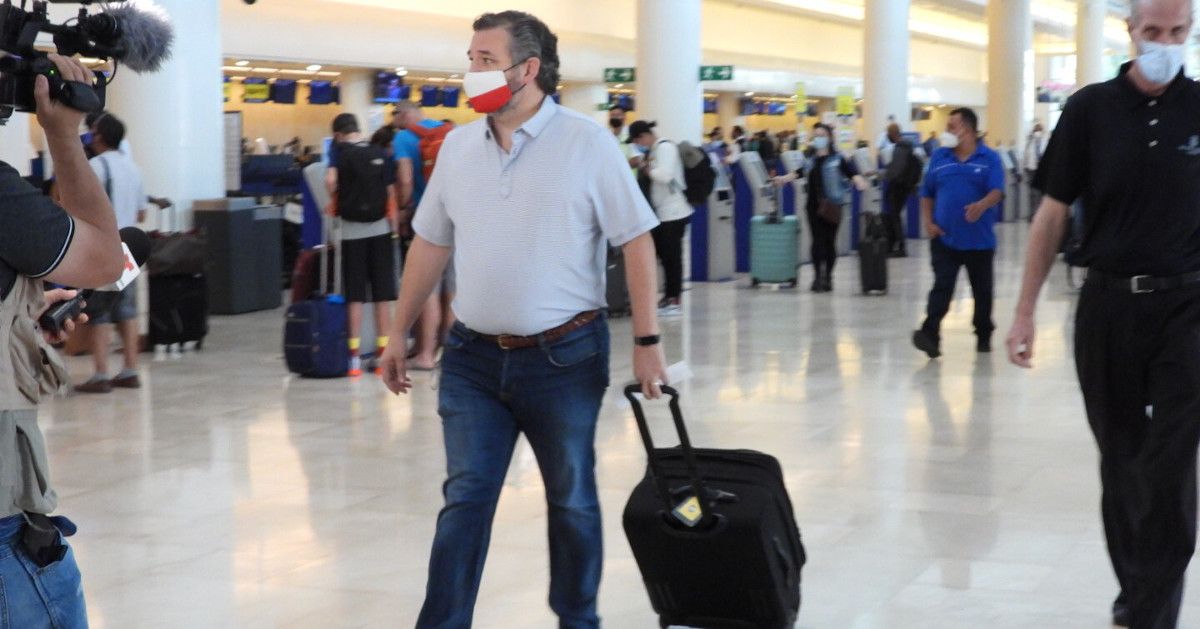 On Feb. 21, 2021, Patheos published an article positing that the hotel chain Marriott had revoked the rewards points accrued by U.S. Sen. Ted Cruz after the Republican violated a "morality clause" when he took a controversial, high-profile trip to Cancun, Mexico, during a historical winter storm that killed dozens and left millions of Texans without power.

"Ted Cruz Loses All of His Marriott Award Points"

Marriott International Inc. announced last night that it has revoked the thousands of Marriott Award Points Texas Senator Ted Cruz accrued over the years. The drastic move by the company that has over 30 brands, 7,484 properties, and over 1.4 million rooms is due to Senator Cruz jetting off to Mexico while millions of Texans are suffering from the effects of the recent winter storm.

Marriott CEO Andrew Canard pointed out everyone who participates in the awards program agrees to its terms and conditions. And like many other programs offered by major hotel chains that reward members with free rooms and extra amenities, there is a morality clause... Mr. Canard also stated Cruz earned himself as well as his wife a lifetime ban from Marriott.

This item was not a factual recounting of real-life events. The article originated with the "Laughing in Disbelief" column on Patheos, whose author Andrew Hall describes its output as being humorous or satirical in nature, as follows:

You probably clicked a link to a story and you’re here. The story you were reading is satirical... Under normal circumstances, my humble blog is similar to The Onion. As many of you know, The Onion publishes satirical stories poking fun at everyday problems everyday people face as well as pointing out the hypocrisy of the rich and powerful. Think of Laughing in Disbelief as The Onion on drugs. Like meth. Or bath salts.

Hall's columns typically include a person with the name "Canard," a French-derived word meaning a baseless or meritless story or rumor. In the Cruz story, the Marriott CEO was named "Andrew Canard," a hint that the piece was not intended to be taken seriously. Additionally, a hyperlink under "Andrew Canard" led readers to the "Laughing in Disbelief" satire disclaimer.

Although the article included that link to the satire disclaimer, several social media users who shared it appeared not to have understood that the piece was intended to be humorous, rather than a serious, accurate news report.