Some people think these tweets are real; but actually they are jokes, and Ted Cruz did not make them. 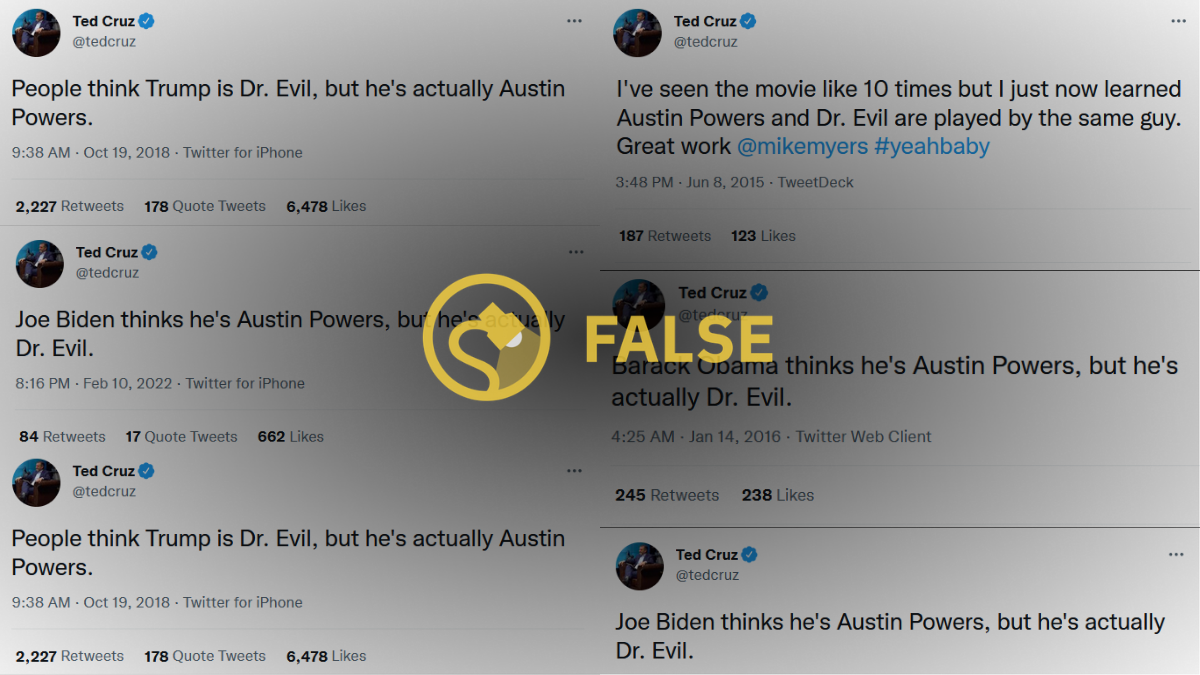 On Feb. 11, 2022, a number of people on Twitter started posting about the "Austin Powers" movie franchise. While some people were commenting on a newly released Super Bowl commercial featuring actor Mike Myers as the character Dr. Evil, others were talking about a series of tweets that were supposedly sent out by U.S. Sen. Ted Cruz, R-Texas:

These are not genuine tweets from Cruz. These screenshots were first posted by comedian Keaton Patti. Here's Patti's original tweet:

We searched Cruz's Twitter timeline for mentions of Austin Powers and Dr. Evil: turned up empty-handed. We also checked to see if anyone else's posts contained links to Cruz's supposed tweets and found none, a sign that these tweets weren't posted by Cruz then deleted.

Moreover, Cruz himself has denied posting the tweets. Shortly after these images went viral, he posted a message stating that this joke was "pretty damn funny" but that these screenshots were also fake.

Cruz did not post the series of tweets likening liberal politicians to Dr. Evil and conservative politicians to Austin Powers. These tweets were composed as a joke and originated with a comedian.