Another fake quote, this one about businesses having a 'right' to turn away gay customers, has been attributed to Senator Ted Cruz. 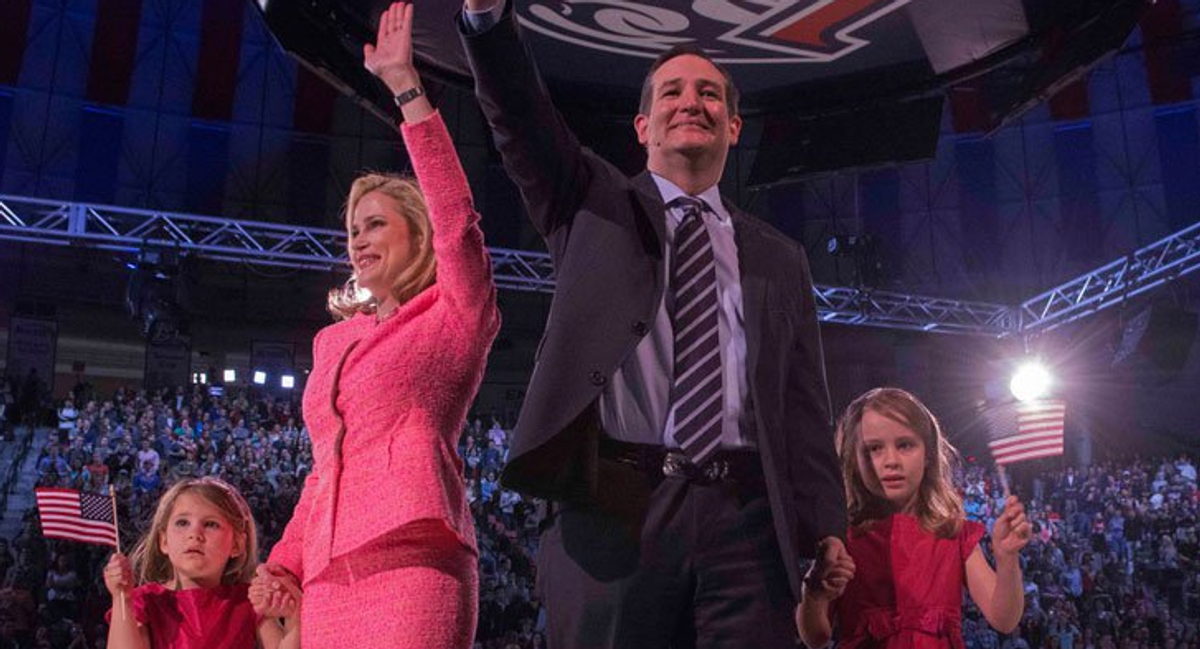 Back in April 2015, the entertainment Facebook group "Stop the World, The Teabaggers Want Off" posted an image of Texas senator Ted Cruz, a Republican presidential candidate, along with words ostensibly uttered by him about how companies should exercise their right to turn away gay customers: This image recirculated in February 2016, shortly after Senator Cruz came out the winner the Republican Iowa state caucuses. Despite the meme's popularity, however, words attributed to Ted Cruz were not spoken by him.

"Stop The World, the Teabaggers Want Off" is an entertainment Facebook group that traffics in fake political quotations, typically attributed Republican and conservative politicians:

The group has attributed several fake quotes to Ted Cruz during the 2016 Presidential campaign, such as one which claimed that Cruz had said that there was "no place for gays in America."

While Ted Cruz is on record as opposing same-sex marriage, the "Stop The World, The Teabaggers Want Off" Facebook page is not a reliable archive of his statements on the subject.