This quotation from Roman statesman Cicero about balancing the budget comes from a 1965 novel, not from history. 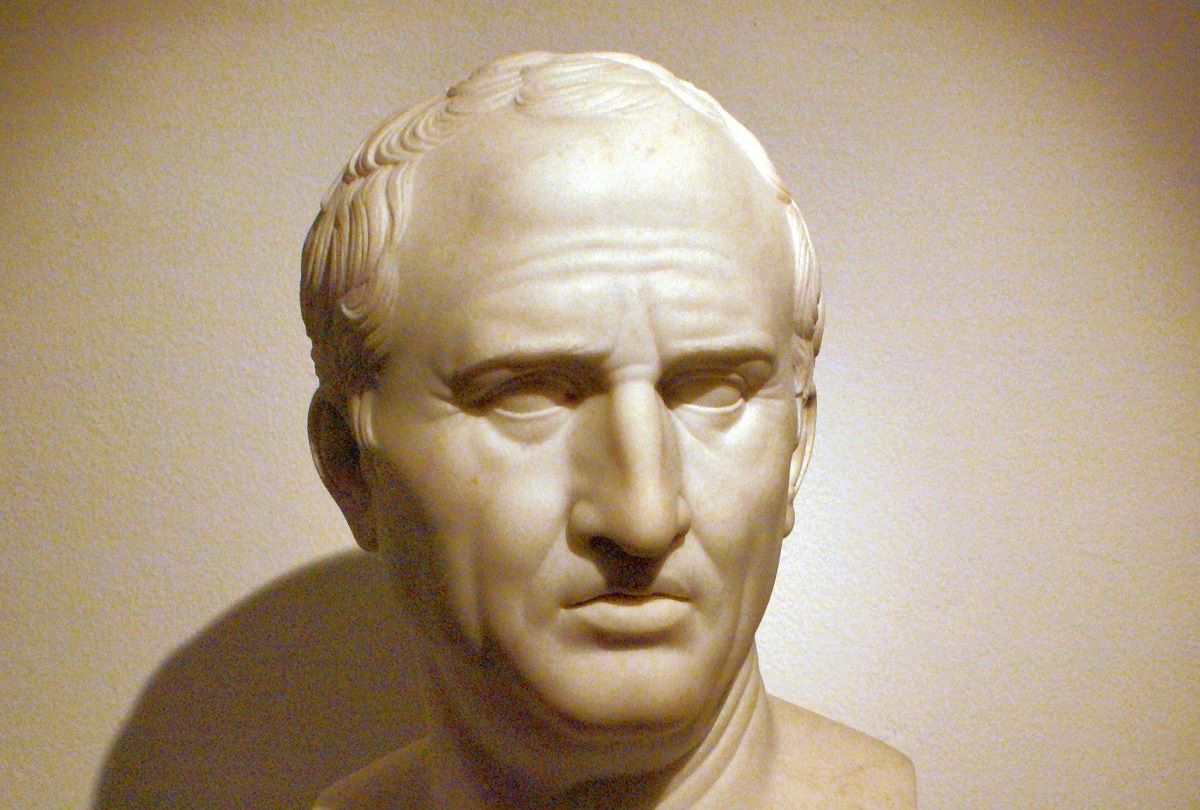 As we've noted many times in these pages, one common way in which people attempt to demonstrate the aptness of a particular social or political viewpoint is to put its expression into the mouth of a revered historical figure.

This quote is going around the internet. I would like to know if it really came from Cicero as claimed.

"The budget should be balanced, the Treasury should be refilled, public debt should be reduced, the arrogance of officialdom should be tempered and controlled, and the assistance to foreign lands should be curtailed lest Rome become bankrupt. People must again learn to work, instead of living on public assistance." — Cicero, 55 BC

Surely if one of great minds of our civilization, someone who lived hundreds (or even thousands) of years ago, said the very same thing we're thinking today, then surely that's proof we've hit upon some eternal truth that should be sagaciously heeded. In short, attributing apocryphal quotations to everyone from Confucius to Abraham Lincoln is an attempt to capitalize on the maxim that "great minds think alike."

One prime representative of this phenomenon is the passage reproduced above, which warns about the perils of governments' overspending their budgets and lavishing too much money on foreign aid and welfare programs. For the last half century it has been attributed to Roman philosopher and statesman Marcus Tullius Cicero and widely quoted by politicians and pundits seeking to bolster their arguments in favor of fiscal conservatism. For example, Louisiana representative Otto Passman, who for thirty years "pursued a relentless battle against spending for foreign aid" in the U.S. Congress, read these words into the Congressional Record on April 25, 1968:

Mr. Speaker, the record shows that in all ages where republican forms of government have been lost, it has been through the pretense of a share-the-wealth program, a blind faith in public officials, and apathy on the part of those who could act but did not. To mention only one of many, many examples from past history, may I quote from a statement made by Cicero over 2,000 years ago:

The budget should be balanced, the treasury should be refilled, public debt should be reduced, the arrogance of officialdom should be tempered and controlled, and the assistance to foreign lands should be curtailed lest Rome become bankrupt, the mobs should be forced to work and not depend on government for subsistence.

History reveals that public officials heeded not the warning — therefore, the government collapsed.

On March 29, 1971 the Chicago Tribune published a letter from a reader who invoked the same words to make a similar point:

Someone said years ago: "The more things change, the more they are the same."

Today's problems are not new. The Roman Empire faced bankruptcy 2,000 years ago, as more and more power was concentrated in central government and government spending grew.

Cicero spoke out against the trend. This great Roman senator said: "The budget should be balanced, the treasury should be refilled, public debt should be reduced, the arrogance of officialdom should be tempered and controlled, assistance to foreign lands should be curtailed lest Rome become bankrupt. The mobs should be forced to work and not depend on government for subsistence." Romans ignored Cicero; Rome fell.

History is great if we learn from it. It is not too late for the United States to heed those words out of the past.

Those words were never uttered by Cicero, however; and the reason no one ever quoted them as such until about fifty years ago is because they weren't written until 1965. They sprang from the pen of Taylor Caldwell, a fiction writer best known for historical novels such as Captains and the Kings, her 1972 best-selling chronicle of the rise to wealth and power of an Irish immigrant named Joseph Francis Xavier Armagh (which was also made into a popular television mini-series in 1976).

Caldwell penned several novels based on real-life religious and historical figures, including Genghis Khan (The Earth Is the Lord's), Cardinal Richelieu (The Arm and the Darkness), Saint Luke (Dear and Glorious Physician), Saint Paul (Great Lion of God), Aspasia (Glory and the Lightning), and Judas Iscariot (I, Judas). Her 1965 effort A Pillar of Iron was a historical novel about the life of Cicero, the great Roman statesman who "is a pillar of iron as he publicly maintains his search for honor and justice under law in the face of plots against his life and his country."

Although A Pillar of Iron often drew directly from the recorded speeches and letters of Cicero for its dialogue, it was nonetheless a work of fiction, and the now famous statement from Cicero about "balancing the budget" was an invention of Caldwell's and not a reproduction of Cicero's own words. In fact, the novel doesn't even present these words as something spoken by Cicero, but rather as a summation of Cicero's political philosophy presented as a preface to an imagined conversation between Cicero and Gaius Antonius Hybrida:

Reared in republican virtues, Cicero found himself frequently confounded by Antonius. Antonius heartily agreed with him that the budget should be balanced, that the Treasury should be refilled, that public debt should be reduced, that the arrogance of the generals should be tempered and controlled, that assistance to foreign lands should be curtailed lest Rome become bankrupt, that the mobs should be forced to work and not depend on the government for subsistence, and that prudence and frugality should be put into practice as soon as possible. But when Cicero produced facts and figures how all these things must and should be accomplished, by austerity and discipline and commonsense, Antonius became troubled.

"But this — or that — would bring hardship on this — or that — class," Antonius said. "The people are accustomed to lavish displays in the circuses and the theaters, and the lotteries, and free grain and beans and beef when they are destitute, and shelter when they are homeless and a part of the city is rebuilt. Is not the welfare of our people paramount?"

"There will be no welfare of the people if we become bankrupt," said Cicero, grimly. "We can become solvent again, and strong, only by self-denial and by spending as little as possible until the public debt is paid and the Treasury refilled."

"But one cannot — if one has a heart at all — deprive the people of what they have received for many decades from government, and which they expect. It will create the most terrible hardships."

"Better that all of us tighten our girdles than Rome fall," said Cicero.

As Jess Stearn observed in In Search of Taylor Caldwell, this imagined historical conversation was reflective of Caldwell's own political outlook much more than Cicero's: "She was a conservative politically, believing the spoils belonged to those who toiled for them. There were not free lunches. She abhorred the welfare philosophy that gave handouts to free-loaders, decrying rewards for indolence and incompetence." Or, as John Blundell aptly quipped in Ladies for Liberty, "Taylor Caldwell gives us fiscal policy, civil service reform, cuts in aid to less developed countries, and welfare reform all in one sentence."

The reproductions of Caldwell's words as a historical quote from Cicero have altered the original a fair bit over the years: the admonition that "prudence and frugality should be put into practice as soon as possible" was quickly dropped from the end of the sentence; "people" have replaced "mobs" as the ones who should be "forced to work and not depend on the government for subsistence"; the proclamation that the "arrogance of the generals should be tempered and controlled" now refers to generic "officialdom" rather than military figures; and the warning that this advice need be followed "lest Rome become bankrupt" has mutated into the more ominous-sounding "lest Rome fall."