Is the NFL a Tax-Exempt Non-Profit Organization?

Claims that the National Football League pays no taxes on billions of dollars in profits because they are a nonprofit organization are exaggerated and outdated. 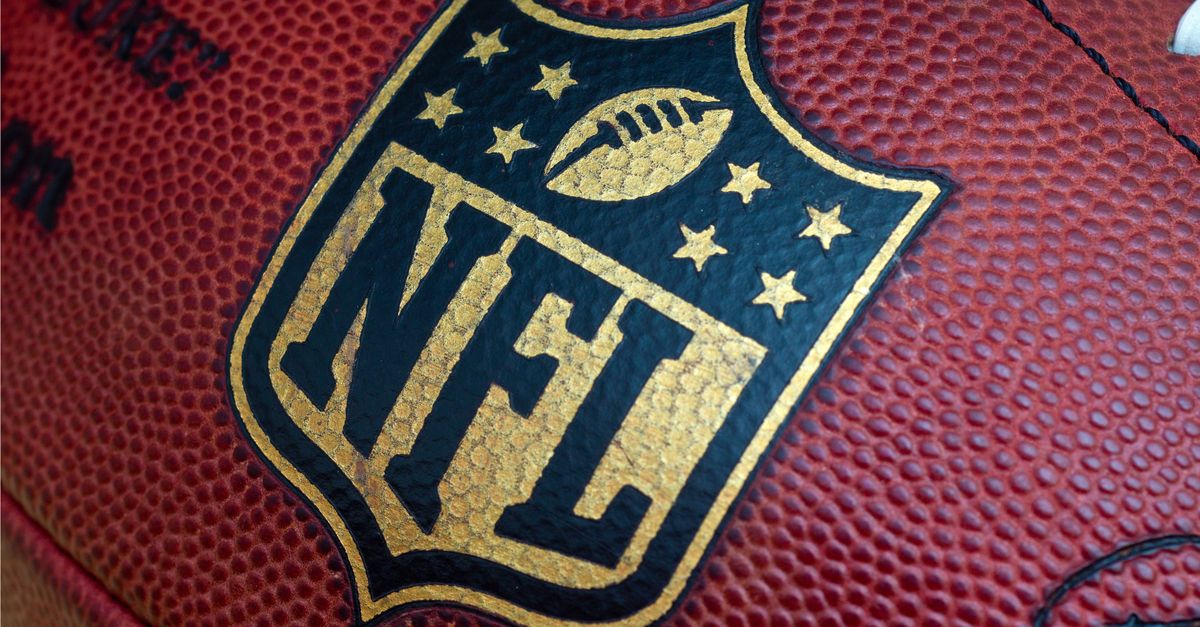 The NFL League Office used to be a tax-exempt entity.

The NFL's tax exemption applied only to the league office and not to the teams themselves, and the office has since given up its non-profit status.

In September 2014, amid controversy over the National Football League's (NFL) handling of domestic abuse cases involving some of its players, Senator Cory Booker of introduced a bill that sought to accomplish what other members of Congress had previously attempted to do: disallow professional sports leagues, including the NFL, from claiming status as tax-exempt nonprofit organizations. This news prompted many of our readers to inquire, "Huh, is the NFL really tax-exempt? How is that?":

The National Football League, like other sports leagues, is a major money-maker. Every year, the NFL pulls in somewhere close to $10 BILLION. The League's goal is to make $25 BILLION a year by 2027.

Here's the thing: The NFL doesn't pay Federal taxes. That's because it is technically classified as a non-profit corporation.

It was true that the NFL, a sports league that generates an estimated in revenue each year, enjoyed the status of being a tax-exempt nonprofit organization, a status that had also applied to the National Hockey League, the PGA Tour, and Major League Baseball (until 2007). But the key to understanding that exemption is realizing that it did not apply to the dozens of individual teams who are football's primary money-makers, but only to a small part of the NFL, the NFL League Office:

Every dollar of income that is earned in the National Football game tickets, television rights fees, jersey sales and national subject to tax. None of this income is shielded in a tax-exempt entity. Instead, the NFL's pay tax on all of these revenues.

Claims that the NFL is using a tax exemption to avoid paying the tax due on these revenues are simply misinformed. The confusion arises from the fact that there is one small part of the NFL, unrelated to all this business activity, that is tax-exempt: the NFL League Office. The league office is the administrative and organizational arm of the NFL and does things like write the rules of the game, hire referees, run the college draft, negotiate the collective bargaining agreement with the players, conduct player safety research, and run youth football programs.

The league office acts as a trade association for the NFL clubs. In the same way that other trade associations support companies in other lines of business, it establishes rules and standard practices for its members, develops programs to help them run their operations more efficiently and profitably, and promotes the business in the broader community. Trade associations are nonprofit organizations. They don;t engage in any business activity. As a result, they are exempt from being taxed under section 501(c)(6) of the federal tax code. (Charities are exempt under section 501(c)(3); the NFL League Office has never claimed to be a charity.)

Because the league office does not receive income from game tickets, television contracts and the like, its tax exemption does not apply to any of the profits earned in the NFL overall. All the money-making activity is conducted by the taxable teams.

The NFL was first bestowed with its tax-exempt status in 1942, when the league was struggling financially amidst the entry of the U.S. into World and (successfully) filed an application for tax-exempt, status with the IRS. Exactly what the NFL claimed its "nonprofit mission" was back then remains something of a mystery, as the NFL maintained it lost the copy of the application it filed with the IRS in 1942, and the IRS likewise said it was unable to find a copy of the NFL's original application.

Some critics have maintained that the NFL (and the NFL alone, not other sports leagues) was tax-exempt due to a special "loophole" inserted into the tax code in 1966, referencing Section 501(c)(6) of the IRS code, a section that specifically includes "Professional football leagues" along with "business leagues, chambers of commerce, real-estate boards, or boards of trade" as tax-exempt organizations. However, the NFL had been afforded tax-exempt status well before that modification was enacted — the code change was undertaken solely to allow the merger of the NFL and AFL (American Football League) to go forward without fear of an antitrust challenge under either the Clayton Antitrust Act or the Federal Trade Commissions Act:

Some have suggested that the league office's tax-exempt status is the result of a "loophole" in the tax code. This is incorrect. While section 501(c)(6) does mention professional football leagues as exempt organizations, the NFL League Office and other professional sports leagues were exempt from taxes long before this provision was enacted. This provision was inserted in the tax code when the NFL and the AFL merged, simply to ensure that professional football players could continue to receive their pensions from the newly merged league without jeopardizing its existing tax status.

Still, some critics maintained that the NFL should never have been granted tax-exempt status in the first place, much less have been allowed to maintain it for so long, as the league was neither an "open" industry nor one that worked towards the greater good of its industry or the public at large:

Letting the NFL operate tax-free makes a mockery of the entire concept behind nonprofits, which is that we should give a special break to organizations that do the useful, unprofitable work normal corporations won't.

The problem is that the NFL should never have been considered a trade association in the first place. Love or hate the lobbying they do in Washington, trade groups are supposed to work for the benefit of entire industries, and be open to any business in that industry that would like to join. If you own a butter-making factory, then by God, you can pay dues and become a member of the American Butter Institute. The NFL, in contrast, operates a legally sanctioned sports cartel. It's not in the league's interest to let in more teams, because that could hurt the value of existing franchises.

If NFL executives were out lobbying on behalf of college football teams or arena football, we might have a different story. But they're not. The league office is the enforcement wing and rule-making body of a profit-making operation. The same goes for leagues like the NHL, which exist for the express purpose of excluding competition.

The deeper issue at play here is that nonprofits exist to do things for the public good — things that for-profit companies generally don't do. That's why we give nonprofits a break from the IRS. And it's why the government should be stingy about which kinds of organizations count and which don't. We know that sports leagues won't suddenly disappear if we treat them like normal corporations and ask them to pay, at most, a few million dollars to the government. Major League Baseball certainly hasn't gone anywhere. The NFL won't either.

In April 2015, the NFL announced the league office would be giving up its status as a tax-exempt organization during the 2015 fiscal year:

The National Football League announced it will end its decades-old tax-exempt status, which it said had become a "distraction."

In a letter to team owners, NFL Commissioner Roger Goodell said the move addresses a misunderstanding about the tax status of the $10 billion-a-year organization. The central league office, which coordinates and manages the league's affairs, is listed as a nonprofit organization, but the NFL's 32 teams already pay taxes on their profits, as well as on player salaries and merchandise sales.

"The effects of the tax-exempt status of the league office have been mischaracterized repeatedly in recent years," Mr. Goodell said in the letter. "The fact is that the business of the NFL has never been tax-exempt."

Mr. Goodell said that the league office and its management council will file returns as taxable entities for the 2015 fiscal year, adding that the change won't affect "in any way" the function or operation of the league.

However, by forgoing its tax-exempt status, the NFL will no longer be required to disclose the salaries of its commissioner and other top executives. Mr. Goodell received $35 million in salary and bonuses in 2013.