Was the community of Tarzana, California, named after Tarzan? 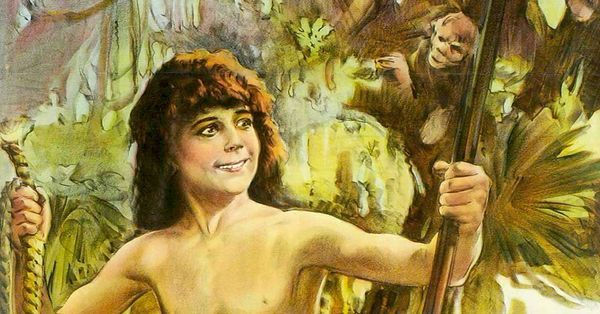 Claim:
The Southern California community of Tarzana was so named after the famous "ape man" character created by Edgar Rice Burroughs, one of the town's early residents.
Rating:

Edgar Rice Burroughs, the creator of Tarzan, was born in Chicago in 1875. After being booted out of the Phillips Academy in Andover, Mass., Burroughs attended Orchard Lake Michigan Military Academy and later served in the cavalry for nearly a year in Arizona. Bored with army life, Burroughs obtained a discharge, got married, went off to mine for gold in Idaho, joined the police force in Salt Lake City, worked as an accountant, and returned to Chicago to work in the stenographic department at Sears, Roebuck before finally trying his hand at fiction. Burroughs sold his first "Tarzan" story to a magazine in 1912 but continued to move around as his book-length Tarzan efforts were turned down by all the publishers he contacted. Burroughs and his wife spent the winter of 1913 in San Diego, then returned to the Chicago suburb of Oak Park before the A.C. McClurg Co. published Burroughs' first book, Tarzan of the Apes, in 1914. The response was phenomenal, and Burroughs went on to pen twenty-three Tarzan novels in all.

In 1910, however, several years before he achieved success as a writer, Burroughs had purchased 550 acres in the heart of Southern California's San Fernando Valley. (Burroughs later wrote that the Valley represented "all that was good and wholesome in Southern California, in contrast to big, bad Hollywood.") He dubbed his land "Tarzana Ranch," after the sleepy little community in which it was situated, and his creation of a character named "Tarzan" two years later can hardly be considered a coincidence. Because Tarzana did not become an "official" community with its own post office until 1930 the legend has arisen that the town was named after Burroughs' ape man, but actually the reverse is true. Had Burroughs lived a few miles to the west, in the Topanga Canyon, we would undoubtedly know his immortal creation as "Topang, the ape man" instead.