Did Target's Stock 'Crash' Due to Their Transgender Bathroom Policy? 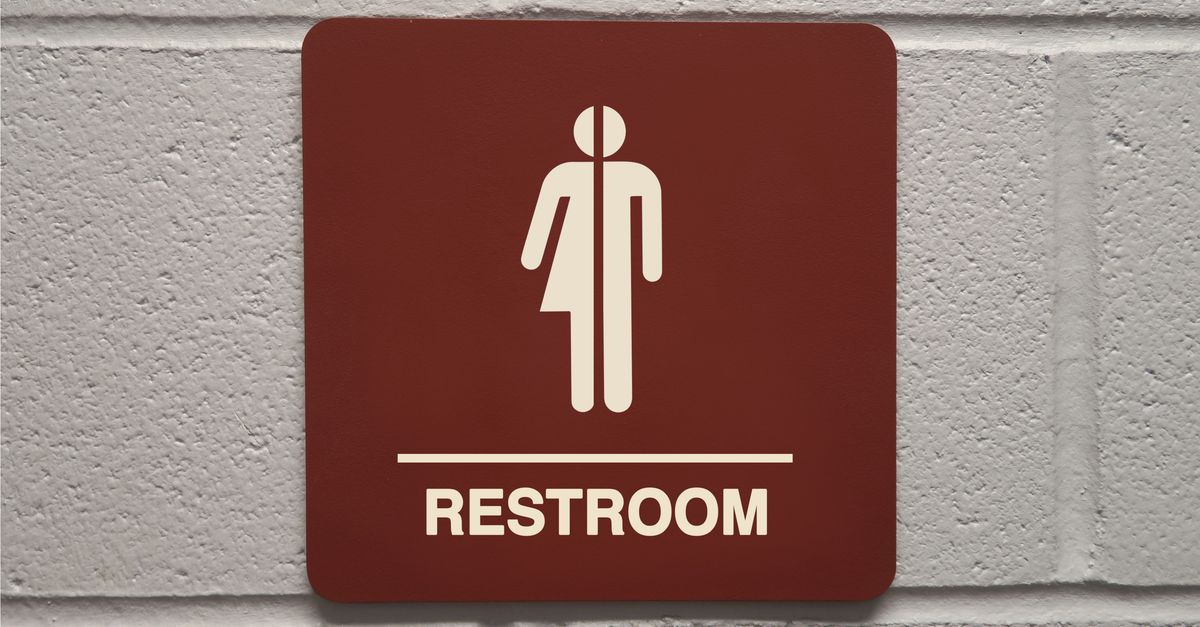 On 28 February 2017, Breitbart.com reported that big box retailer Target's stock had "crashed," losing a combined total of $15 billion in investor wealth, because of the chain's announcement in 2016 that it would allow transgender customers and employees to use bathrooms corresponding to their gender identity:

Target’s stock value is now down by 30 percent since it sparked a consumer boycott by embracing the transgender political agenda. That 30 percent drop has slashed investors’ wealth by roughly $15 billion.

Company officials indirectly acknowledged the consumer boycott. “Our fourth-quarter results reflect the impact of rapidly changing consumer behavior, which drove very strong digital growth but unexpected softness in our stores,” Target CEO Brian Cornell said in a company statement. The company also admitted that it would likely continue to experience losses through the year.

On 19 April 2016, Target announced that transgender customers and employees were free to use the restroom that corresponded to their gender identity amid a national row on the subject during the 2016 election cycle. The announcement came after North Carolina enacted the controversial HB 2 in March 2016, a law that came to be colloquially termed the "bathroom bill," and required public single-sex restrooms only be used by people of the corresponding biological sex. The controversy, and Target's definitive stance, prompted conservative groups like the American Family Association (AFA) to launch a boycott. Nearly 1.5 million people have signed the AFA's petition as of 1 March 2017.

Target shares did plunge on 28 February 2017, but it wasn't due to its nearly year-old bathroom policy. The drop was due to 2017 guidance announced during an investor day event. Projections were far lower than expected by Wall Street analysts (the term "guidance" means projected earnings). The drop in Target stock corresponds to the announcement made at their investor event: According to Edward Jones analyst Brian Yarbough, Wall Street was expecting Target to project earnings of $5.30 per share, but the company instead gave guidance of $3.80 to $4.20 per share which was "well below" expectations, prompting the drop in share value. According to Reuters, Target's dive dragged others down with it:

These changing patterns are reflected in a statement given by Target CEO Brian Cornell:

Our fourth quarter results reflect the impact of rapidly-changing consumer behavior, which drove very strong digital growth but unexpected softness in our stores. At our meeting with the financial community this morning, we will provide detail on the meaningful investments we’re making in our business and financial model which will position Target for long-term, sustainable growth in this new era in retail. We will accelerate our investments in a smart network of physical and digital assets as well as our exclusive and differentiated assortment, including the launch of more than 12 new brands, representing more than $10 billion of our sales, over the next two years. In addition, we will invest in lower gross margins to ensure we are clearly and competitively priced every day. While the transition to this new model will present headwinds to our sales and profit performance in the short term, we are confident that these changes will best-position Target for continued success over the long term.

Although Target offers online shopping, profit there tends to be lower due to associated costs like shipping and price competition from the likes of Amazon. Retailers are struggling to survive with more profitable in-store sales lagging, and lower profit margins due to a growing contingency of online shoppers:

Although its e-commerce operation is growing quickly, Target reported its third straight quarter of lower sales from existing stores, citing "unexpected softness" and raising new questions about the health of large national retailers in the United States.

Target's stock has lost a quarter of its value since the 2016 holiday season started in November, and is now trading at its lowest level since August 2014.

Target maintains the bathroom policy has had no effects on its business, with company spokeswoman Erika Winkels telling us in an e-mail, "We have made it clear over time that we’ve seen no material impact to the business based on the bathroom policy. We don’t have anything new or different to share." A poor performance in the 2016 holiday season was also attributed to online sales outpacing foot traffic, but Target is, again, not the only chain feeling the effects:

Department stores across the country are paying the price for underestimating Amazon this holiday season.

Macy's and Kohl's both reported lower-than-expected sales during the all-important end-of-year retail period, and announced a spate of store closures that will lead to thousands of lost jobs. Sears has even been reduced to selling off one of its iconic brands after a double-digit sales slide.

Industry observers blame online competition, as well as department store brands' own shortfalls in adapting to a fundamental shift in consumer behavior.

Nevertheless, Neil Saunders, managing director of GlobalData Retail, told us that Target could be worse off than it is:

It’s in a much better position than some retailers because its balance sheet is still robust whereas Sears and Macy's are in a very difficult position. With Target, it's much more about tweaking and reinvention at the edges. [The guidance] wasn’t great, but not as bad other people.

Saunders told Reuters that while Wal-Mart has been buoyed by successfully offering groceries, Target has not been able to keep up on that front, calling its grocery offerings "confusing."

"Target is neither a full-line grocer nor a player with lots of niche specialty products; it is neither a high-end player, nor a price focused discounter," he said.

It is difficult to say with certainty whether the Target's commerce overall has been negatively affected by its policy on transgender people. Although company representatives have maintained it has not, shortly after Cornell made the announcement, USA Today reported a study that showed the percentage of people who would consider shopping there the next time they needed something dropped from 42 to 38 percent. But the retail industry as a whole is facing a dramatic shift in consumer behavior, and retailers have struggled to keep pace with it.

Target's late February 2017 stock drop, however, was the result of announcements made during an investor day event, and cannot be attributed to their policy on bathroom use.