The movie made a major cultural impact when it was released in 1993, but some have spotted a subtle costume blooper. 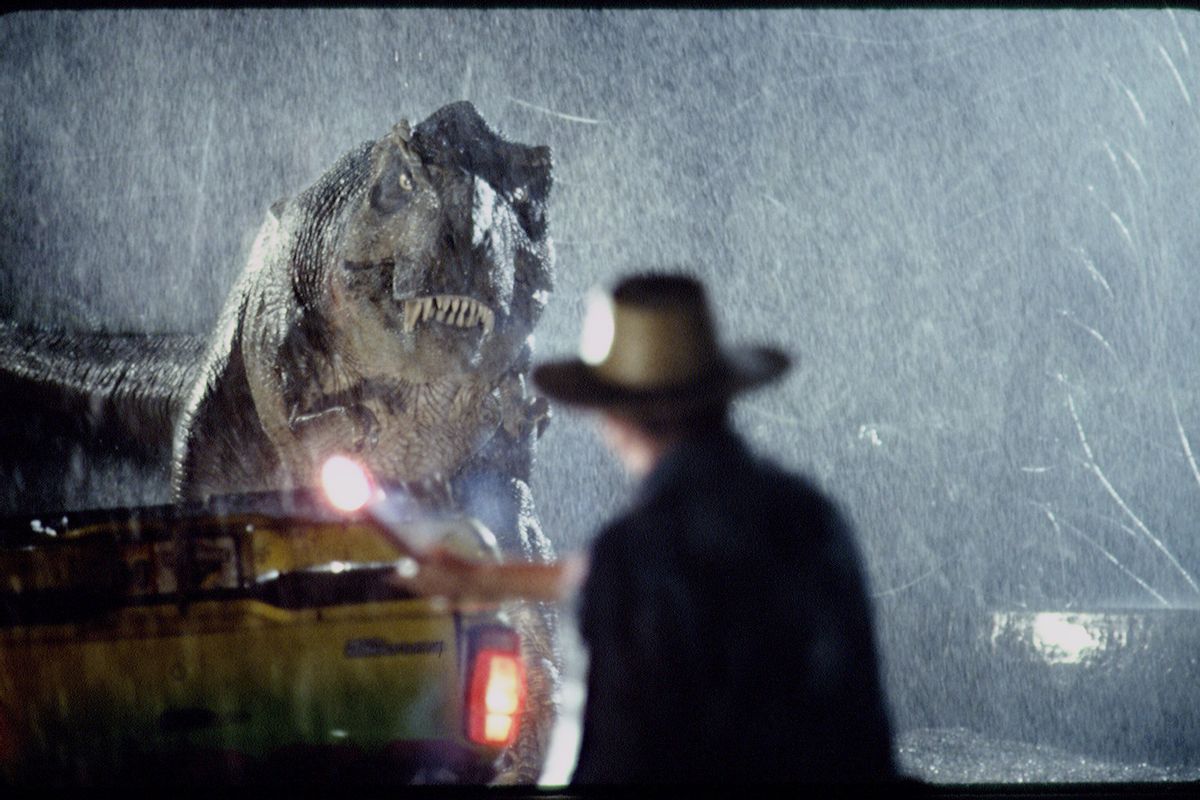 In the original 1993 "Jurassic Park" movie, the actress who plays Lex Murphy, Ariana Richards, spends a great deal of time covered in grime, so much so that the purple-patterned tank top she wears throughout the film ends up being the color of mud.

But earlier in the movie, the pattern of the shirt can be readily seen, and observant viewers have pointed out a costume continuity error. The pattern on Lex's tank top (before it got all mucked up from dinosaur chases) changed inexplicably, even though the scene was supposed to take place during the same sequence of events.

We verified the screenshots in the image below are real by finding that part of the movie and confirming that the pattern on the top does in fact change, as represented: In the movie, Lex and her brother Tim are the young grandchildren of the park's misguided founder John Hammond. They arrive at the park, where along with a group of scientists and an extremely ill-fated attorney, they serve as the park's first guests on a test run of the dinosaur tour (what could go wrong?)

One of the reasons the original "Jurassic Park" movie had a big cultural impact at the time of its release was because the technology used to make the film, namely a mix of computer animation and animatronics, made the dinosaurs more realistic looking than audiences at that time were accustomed to. So most audience members were likely on the edge of their seats and probably not scouring the screen for bloopers.

But the tank top blooper isn't the only one in the movie. According to the Internet Movie Database (IMDb), there are a number of noticeable mistakes in the Steven Spielberg science fiction thriller. For example, when a velociraptor enters the park compound's kitchen to stalk Tim and Lex, a crew member's hand can be seen on its rump presumably guiding the animatronic animal in.