A photograph shows members of the Taliban driving a Tesla Cybertruck.

In September 2021, shortly after the United States withdrew troops from Afghanistan due to a Taliban takeover, an image started circulating online that supposedly showed members of the Taliban driving a Tesla Cybertruck. This is not a genuine photograph (although Tesla Cybertrucks are real things). This is a doctored image that was created from a photograph taken by Rahmat Gul for The Associated Press. 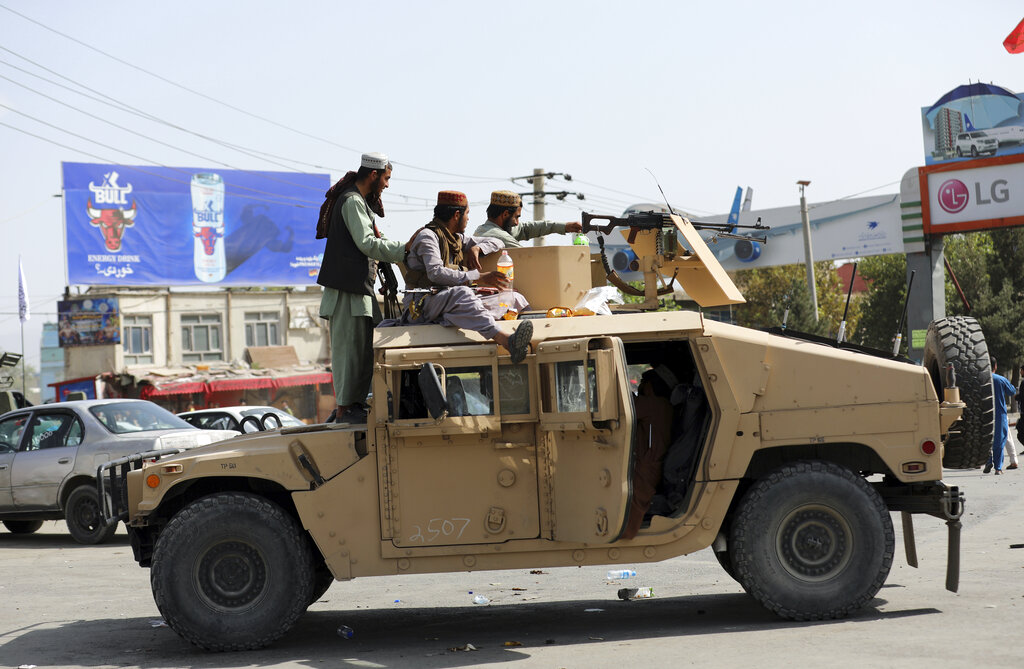 The original photograph is available here with the following caption:

Taliban fighters stand guard in front of the Hamid Karzai International Airport, in Kabul, Afghanistan, Monday, Aug. 16, 2021. Thousands of people packed into the Afghan capital’s airport on Monday, rushing the tarmac and pushing onto planes in desperate attempts to flee the country after the Taliban overthrew the Western-backed government. (AP Photo/Rahmat Gul)

A second image supposedly showing the Taliban driving a Tesla was also circulated on social media. Again, this was a doctored image. This doctored image was created from a photograph taken by the European Photography Agency on Aug. 16 and shows “Taliban fighters are seen on the back of a vehicle in Kabul, Afghanistan.” Here’s a side-by-side comparison of the doctored image (left) and the genuine photograph (right):