Readers should beware of any Facebook pages that offer free gift cards, coupons, or vouchers simply for liking, commenting, and sharing posts. 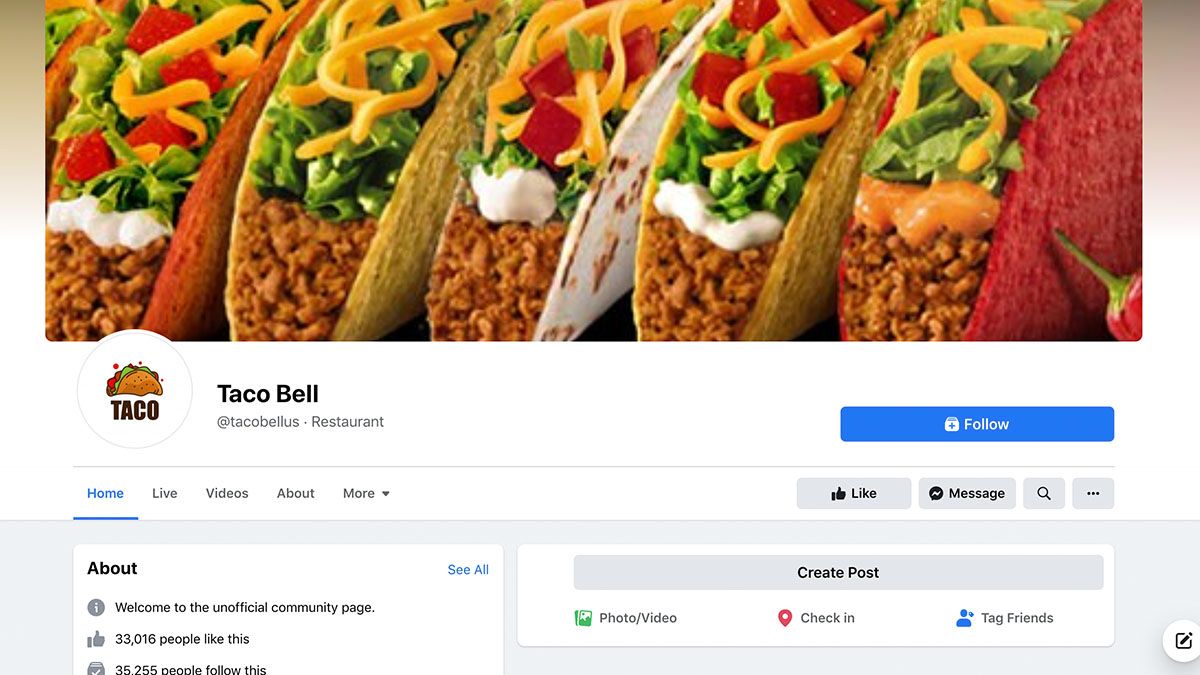 Taco Bell was not offering $60 free gift cards on its 60th anniversary on Facebook.

Claim:
Taco Bell is offering free gift cards valued at $60 and $75 on Facebook for the company's anniversary.
Rating:

In March 2021, readers inquired about Facebook posts that promised free $60 and $75 Taco Bell gift cards for the company's 60th anniversary. Here is one example:

"Taco Bell is going to celebrate its 60th anniversary on March 24th and In order to help our loyal customers, Every single person who has shared & commented before 5PM Wednesday will be sent one of these boxes containing a $60 Taco Bell gift-card plus surprises that will make your heart flutter!"

"We at Taco Bell are giving one of these gift-bags to Everyone who has shared & commented before 10PM Wednesday to celebrate our 60th anniversary this year! Each person who does this will be sent one gift-bag containing a $75 Taco Bell coupon plus surprises that will make your heart flutter!"

However, such pages were not officially run by Taco Bell. It was a scam.

We've reported on these kinds of anniversary scams before. Some of them lead to affiliate offers that allow the scammers to pocket a little bit of referral cash. However, readers should beware of such posts as they may also potentially lead to phishing, identity theft, and other harmful outcomes.

One of the posts in question added Taco Bell logos on several brown bags. Also, whoever altered the photograph seemed to cover up a sign on the top right corner of the picture. They also added a black box over the face of someone who was sitting. For privacy purposes, we covered the other four faces of the people who were standing. The photograph was taken from another page without permission: Whoever edited this photograph appeared to slap logos on the bags and also covered up something in the background on the right.

The scam Facebook pages in question, located at facebook.com/tacobeIlus and facebook.com/usatacobeIl, used "I" and "L" for the last two letters in the word "bell" in the website address. This was likely done to avoid detection by Facebook content moderators. The letters "I" and "L" look similar in either uppercase or lowercase.

As for the idea that Taco Bell was celebrating its 60th anniversary, this did not appear to be true. According to the company's official website, the first Taco Bell restaurant opened in 1962, meaning that 2021 marked its 59th anniversary.