Did T. Boone Pickens Leave Mike Gundy $30 in His Will to Get a Haircut? 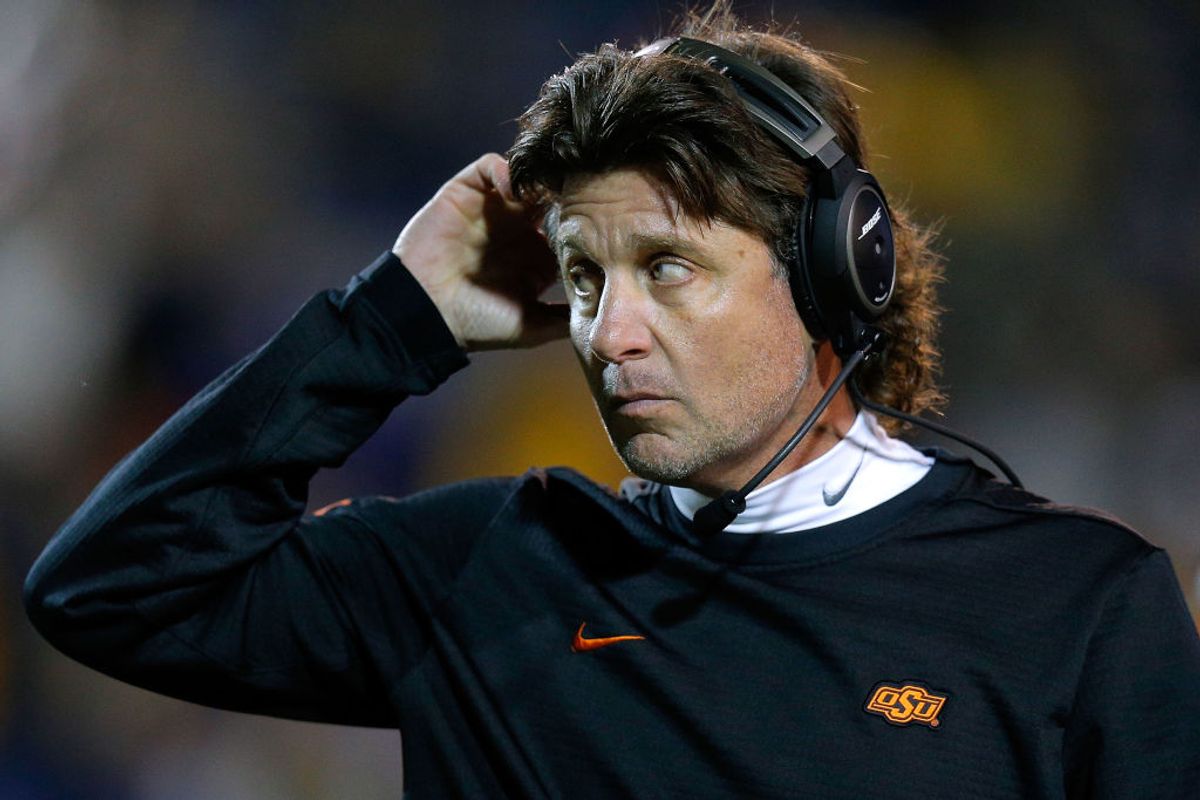 Claim:
The late multi-millionaire T. Boone Pickens left Oklahoma State University football coach Mike Gundy $30 in his will to get a haircut.
Rating:

On Sept. 12, 2019, What The Fuss published an article positing that the late multi-millionaire T. Boone Pickens had left $30 in his will for Oklahoma State University football coach Mike Gundy to get a haircut:

T. Boone Pickens Leaves Mike Gundy $30 In His Will To Go To Sports Clips

Longtime Oklahoma State Philanthropist T. Boone Pickens tragically died today at 91 years of age. The Oklahoma/Texas bred American Capitalist is most known for lobbying for the American Horse Slaughter Prevention Act, as well as growing one of the largest independent oil companies in the world in the 80’s. He had a net worth of $500 million.

Surprisingly, amongst other specifics in his Will, he peculiarly left $30 to head football coach Mike Gundy to "get a god damned haircut."

Years ago it was made clear to all of us at What The Fuss that sometimes the media + the entire sports entity as a whole can get a little too serious. That's why we're here to bring you the stories that never happened, or at least "bending" the truth from the real ones a tad, or a lot ...

This piece of satire from What The Fuss was published the day after Pickens died. The article received a fair amount of social media attention in the days immediately following its publication, partly because college-football fans enjoyed making jokes about Gundy's mullet, but also because some readers mistook this piece of fiction as a genuine news article.

In fact, a news reporter who was seemingly fooled by this article asked Gundy about Pickens' fictional will during a press conference:

Asked by an Austin reporter about a recent social-media joke about the late Boone Pickens leaving a gift card for Gundy to get his famous mullet cut, Gundy appeared to ignore the question the first time it was asked.

After an uncomfortable pause, Gundy said: “I would prefer to answer real journalism questions and not be disrespectful to Mr. Pickens at this time. Any jackass like you that would ask a stupid question like that is really hurting journalism and making real media people look bad.

An audio clip of Gundy's response went viral on Twitter: