The Berlin-based bakery at first worried the cakes would be "too macabre." 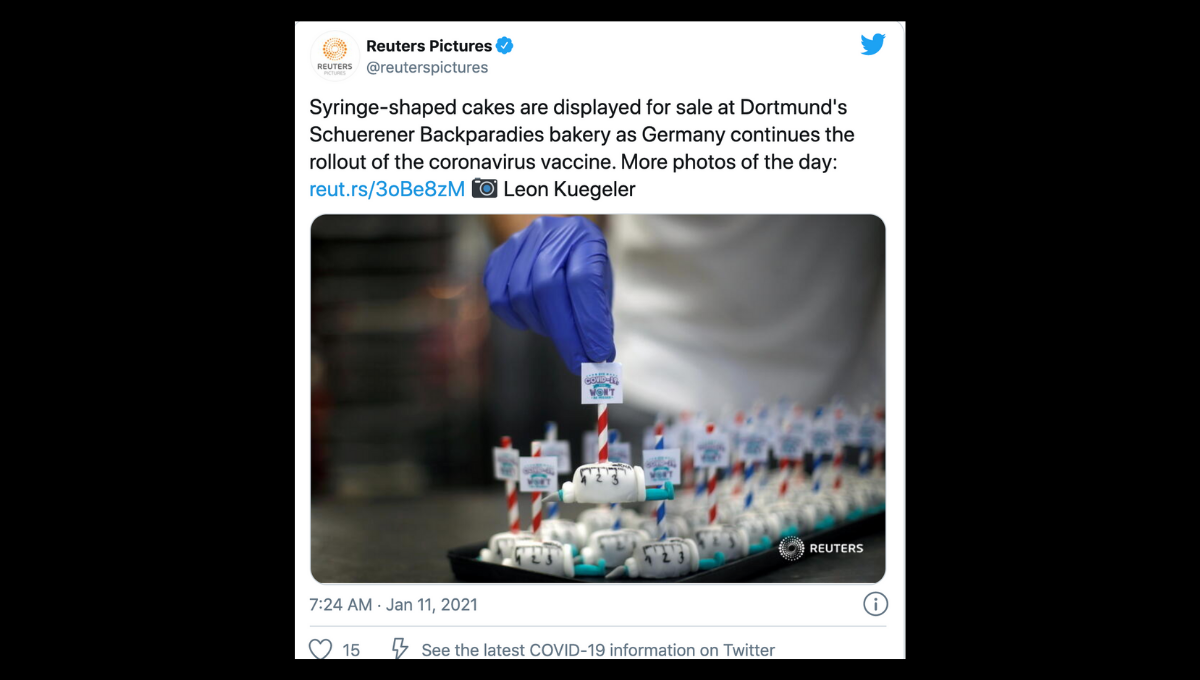 Claim:
A German bakery is making cakes in the shape of syringes in honor of COVID-19 vaccines.
Rating:

A bakery in Germany went viral in early January 2021 for making unique cakes — cakes shaped and decorated like syringes in honor of newly approved COVID-19 vaccines.

The owner of the Berlin-based bakery, Schuerner’s Baking Paradise, at first worried the cakes would be "too macabre." But he changed his mind.

"First we were a bit skeptical whether it would be a bit too macabre,” Tim Kortuem told Reuters. "But then we did it after all. Because even for anti-vaxxers it’s funny. It is a vaccine without any side effects. And you can come back and get another one because it is so yummy."

In December 2020, a German pilot created a digital image via a flight tracker by flying in a syringe pattern.

COVID-19, which was initially detected in Wuhan, China, in the winter of 2019, has since killed 2 million people worldwide, including more than 375,000 Americans.