News of the actor's purportedly joining the Trump club in Palm Beach appeared to be sourced to a gossip column. 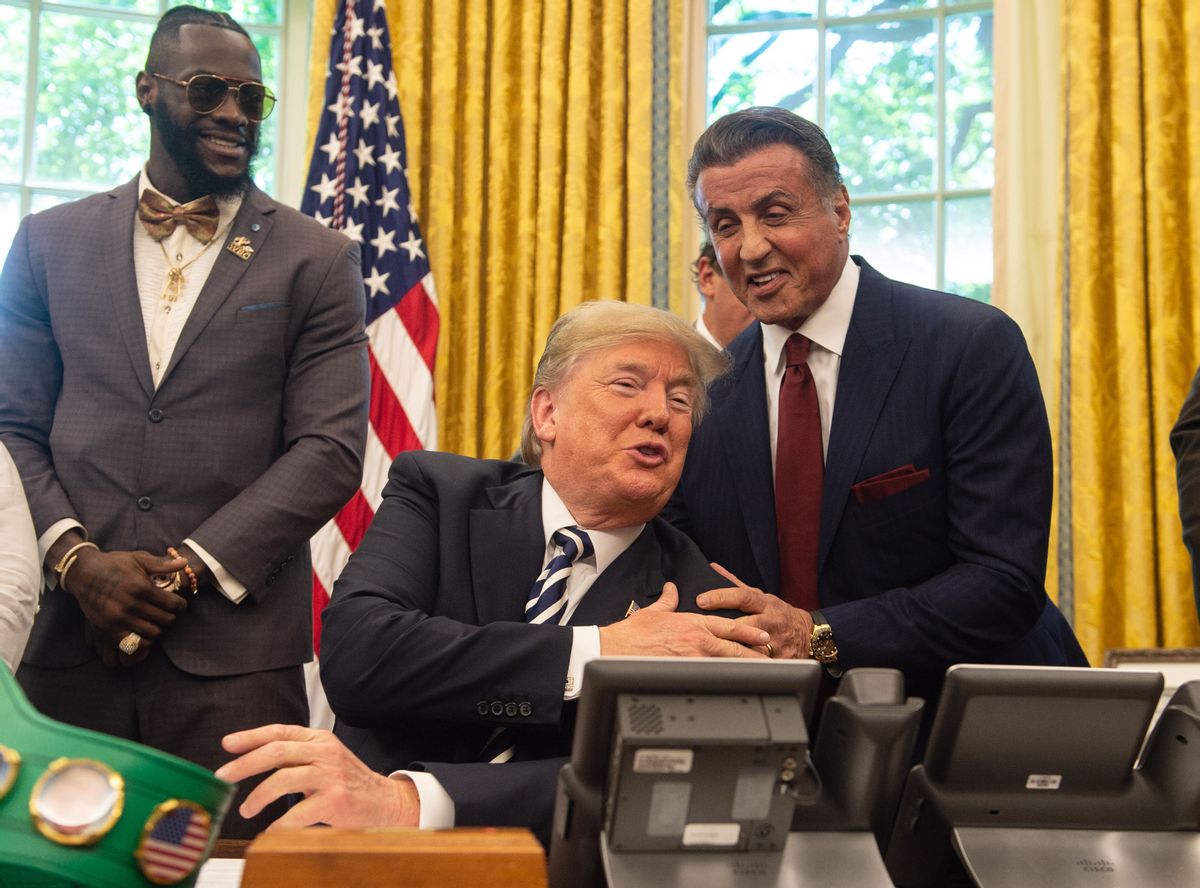 On April 7, 2021, Page Six reported that actor Sylvester Stallone had joined the Mar-a-Lago Club in Palm Beach. The Florida club is owned by former U.S. President Donald Trump, who moved to the property after leaving the White House in January 2021.

The story from Page Six, a gossip column, cited "area insiders" as its source:

Stallone, 74, has previously been a guest at Mar-a-Lago, having attended a 2016 New Year's Eve party there. A source who saw Stallone at the club last month told us, "Sly just became a member of Mar-a-Lago."

He was seen posing with some fellow guests for pics, all holding up their fists in a boxing pose.

The "Rocky" legend in December bought a $35 million compound near the club in Palm Beach, Fla., local reports said. According to a listing, Sly's new estate has seven bedrooms amid 13,241 square feet of living space, plus 253 feet of waterfront, a dock, a sandy beach, and a pool pavilion with an open-air cabana.

Stories from various news venues cited Page Six and used words including "apparently" and "reportedly" in their headlines. Others published headlines as if the news was confirmed: "Sylvester Stallone joins Mar-a-Lago Club."

It was certainly possible that the film actor had joined the Mar-a-Lago Club. As Page Six noted, Stallone purportedly owns a home somewhat near the club in Palm Beach.

Some news articles pointed to an Instagram video where Stallone can be seen recording in front of what appeared to be the same home:

Prior to the Mar-a-Lago report, Trump and Stallone had appeared together on previous occasions. For example, on May 24, 2018, The Associated Press reported that Stallone entered the Oval Office to appear with Trump as he granted a posthumous pardon for boxer Jack Johnson:

“I am taking this very righteous step, I believe, to correct a wrong that occurred in our history and to honor a truly legendary boxing champion,” Trump said during an Oval Office ceremony. He was joined by WBC heavyweight champion Deontay Wilder, retired heavyweight titleholder Lennox Lewis and actor Sylvester Stallone, whom Trump credited with championing the pardon.

Stallone said Johnson had served as the basis of the character Apollo Creed in his “Rocky” films.

“This has been a long time coming,” he said.

We reached out to the Mar-a-Lago Club for comment and will update this story should we receive a response (other articles reported that the club replied to reporters with "no comment").

It's certainly possible that Stallone joined the Mar-a-Lago Club. However, at this time there's not enough evidence to either confirm or disprove the rumor.