Sylvester Stallone Is Not Dead, Despite 'Last Regret' Death Hoax

Here's what we found when we went searching for the latest death hoax for the film star. 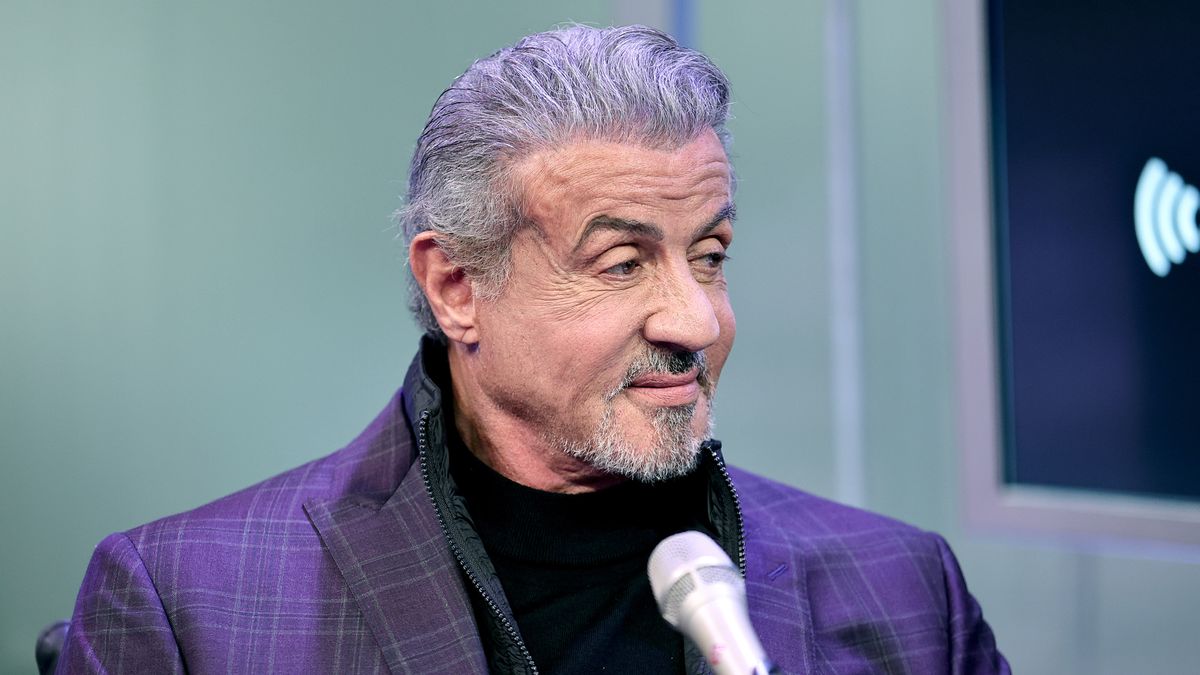 On Nov. 22, 2022, a YouTube video was uploaded that claimed film actor Sylvester Stallone was dead. The video title read, "5 minutes ago, legendary actor Sylvester Stallone is saying goodbye, along with his last regret." However, this was nothing more than the latest death hoax for Stallone, who previously was said to have been killed in a car accident in Australia in 2014 and or died of prostate cancer in 2016.

Despite the misleading video, which had so far received more than 173,000 views, we found no credible reporting that said Stallone was dead, nor did we locate any information about him being sick, injured, or hospitalized. In reality, the 76-year-old actor was busy promoting his new Paramount+ series, "Tulsa King."

In the days after the YouTube video went up, similar death hoaxes for Stallone also appeared on Facebook. One such video post said, "With a heavy heart at the tearful farewell to Legendary actor Sylvester Stallone, goodbye Stallone."

Another Facebook post was captioned with a death hoax about fellow film actor Bruce Willis, but featured a link to a different story about Stallone. This led us to believe that the people behind the videos and posts about Stallone also created recent hoaxes about Willis, "America's Got Talent" judge Simon Cowell, reality TV star Amy Roloff, Hollywood icons Clint Eastwood and Julia Roberts, and country music star Alan Jackson, all of which we covered with separate stories. 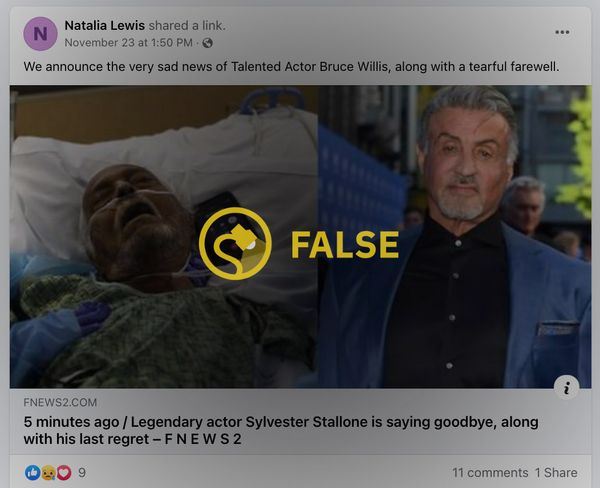 As we noted in our previous articles about the other celebrities, the links from the Facebook posts led to misleading reporting that showed pop-up ads. Those pop-up ads led to malware, which appeared to be the goal of the people involved in pushing the death hoaxes. We strongly recommend against clicking links, especially strange pop-up ads, on suspect websites that readers have never visited before.

With these kinds of death hoaxes, we advise that readers proceed with caution before believing in them, or sharing them. If a purported death announcement on social media mentions "very sad news," a "tearful farewell," or a "last regret," and shows a strange picture next to a casket or other images that don't look legitimate, it's probably a hoax.

Previous Article
Next Article
Article 33 of 33 in Collection

Jones, Tamera. "Sylvester Stallone Talks 'Tulsa King' and How He Made the Character His Own." Collider, 17 Nov. 2022, https://collider.com/sylvester-stallone-tulsa-king-interview/.