The Sarco capsules will reportedly be ready for use in 2022. 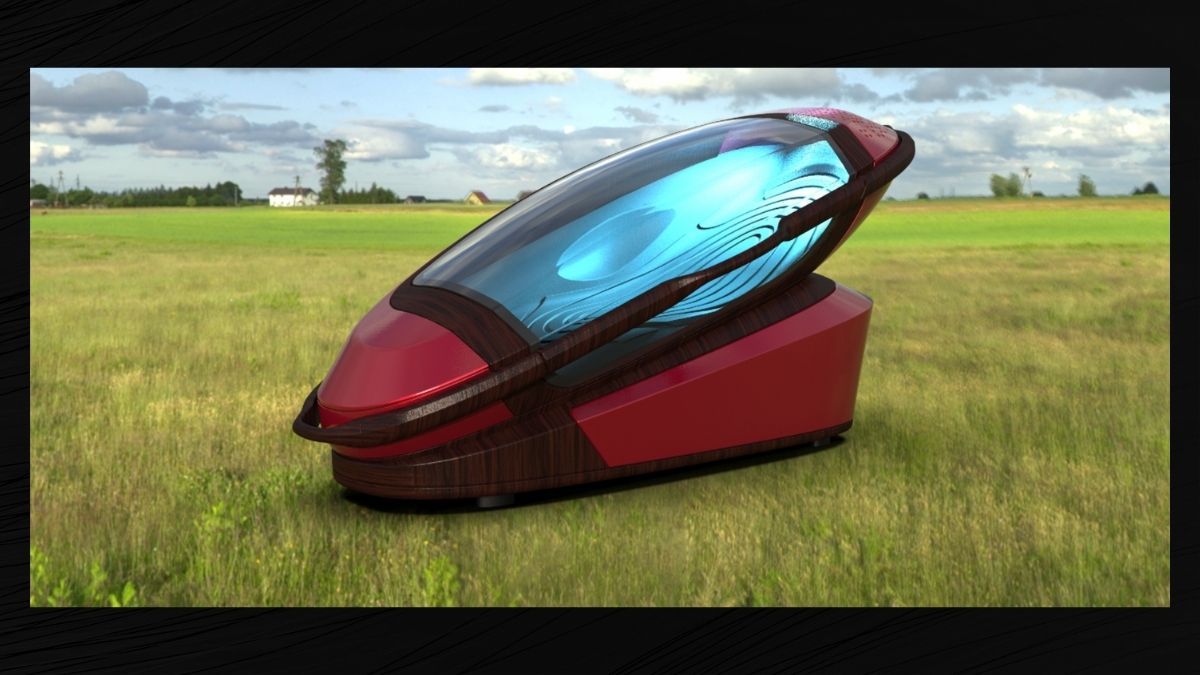 Claim:
3D-printed Sarco capsules for assisted suicides, which can be activated from the inside by the person intending to die, have been approved under Swiss law.
Rating:

Dr. Philip Nitschke, the man behind the Sarco capsule, claims that the pods have passed a “legal review” and will be available for use in Switzerland in 2022. But details of the “legal review” have not been revealed. Experts consulted by Sarco have argued use of the pod falls outside of Swiss law. A number of assisted suicide organizations in Switzerland have also expressed skepticism over using the machine, and the legality surrounding it.

A 3D-printed capsule, designed to help people carry out their suicide, is reportedly going to be made available in Switzerland in 2022. That’s according to Dr. Philip Nitschke, the man who designed the Sarco capsule in conjunction with Exit International, his voluntary assisted dying organization with branches in Australia, New Zealand, the U.S. and U.K.

In an interview published on news outlet Swissinfo, which is part of the Swiss Broadcasting Corporation, Nitschke described how the capsule would work:

It’s a 3-D printed capsule, activated from the inside by the person intending to die. The machine can be towed anywhere for the death. It can be in an idyllic outdoor setting or in the premises of an assisted suicide organisation, for example.

The person will get into the capsule and lie down.  It’s very comfortable. They will be asked a number of questions and when they have answered, they may press the button inside the capsule activating the mechanism in their own time.

The capsule is sitting on a piece of equipment that will flood the interior with nitrogen, rapidly reducing the oxygen level to 1 per cent from 21 per cent in about 30 seconds. The person will feel a little disoriented and may feel slightly euphoric before they lose consciousness. Death takes place through hypoxia and hypocapnia, oxygen and carbon dioxide deprivation, respectively. There is no panic, no choking feeling.

He also claimed that the capsule had passed “legal review” and there "are no legal issues at all” to this capsule being available in the market by 2022. His stated goal was to “de-medicalise” the dying process.

However, Nitschke did not release details of this “legal review,” nor did he initially discuss which experts carried it out. We reached out to Exit International, and will update this article if we get more information.

What are the current rules surrounding assisted suicide in the country? The practice is legal if it is offered without selfish motive to another person, and if that person is capable of making decisions. Non-physician-assisted suicide is permitted, and the role of doctors is limited to prescribing the lethal drug and assessing the person’s decision-making capacity. Doctors do not perform the assisted suicide themselves, but Nitschke’s goal is to remove them from the process entirely through this capsule.

Nitschke also described how they would use “an artificial intelligence screening system” to assess the patient’s mental capacities, and after an online test, they would receive a code to access Sarco.

A Dec. 8 investigation by watson.ch, another Swiss news organization, found that there was no evidence of the Swiss government actually approving the use of these machines. The organization spoke to Nitschke by phone, and he said he did not want to provide the legal opinion.

Nitschke also claimed to be speaking to various groups in Switzerland to launch the capsule. We spoke to some Swiss nonprofit organizations that aid in assisted suicides. They expressed skepticism about whether such machines would even be used under the current rules. EXIT, unaffiliated with Exit International, and one of the largest established nonprofits that provide end-of-life care in the country, told us it never had any contact with Nitschke on this matter.

“For us, many questions remain unanswered about this method for physician assisted suicide. Among other things, it is unclear what the exact content of the legal opinion for legalization is and from whom it originates,” Jürg Wiler, vice president of the organization said.

“EXIT does not see 'Sarco' as an alternative to the physician-assisted suicides that EXIT carries out in Switzerland,” he added.

We also spoke to Dignitas, another nonprofit organization, that said Swissinfo had let itself be used for some “PR campaign.” Dignitas said:

The fact is: for 35 years now, through the two Swiss Exit groups (not related to “Exit International”) – and for 23 years also with “Dignitas – To live with dignity – To die with dignity” – Switzerland has the practice of professional accompanied suicide with trained staff of these non-profit organisations, in cooperation with physicians/doctors, using the many decades known medication Sodium Pentobarbital [...] and each case of such accompanied suicide is reported to the authorities for investigation by state prosecutor, police and forensics. This practice is approved, and supported by the vast majority of the public and politics.

Therefore, in the light of this established, safe and professionally conducted/supported practice, we would not imagine that a technologized capsule for a self-determined end of life will meet much acceptance and/or interest in Switzerland.

Soon after the inaccurate headlines spread, Swissinfo issued a correction to its report, saying it was “deeply sorry for this misleading title and information.” The group added that the organization Nitschke was referring to in the original story was Pegasos, a voluntary assisted dying association established in 2019. The headline has also been amended to: "Sarco suicide capsule hopes to enter Switzerland."

SwissMedic, the medical association responsible for regulating medical products, told The Associated Press that it never approved Sarco. Nitschke told the AP that he never pursued approval, and obtained an outside legal opinion from a former chair of Infrastructure Law and New Technologies at Germany’s Freiberg University of Mining and Technology. He argued that the source determined that the capsule did not need formal authorization or licensing. Any decision about the product, Nitschke said, could only be made if someone brought the issue to court after it had been used.

According to the BBC, Daniel Huerlimann, an assistant professor at the University of St. Gallen, was asked by Sarco to offer a legal opinion. He concluded that the machine would not be covered by the Swiss Therapeutic Products Act, as it did not constitute a medical device. He argued that it ultimately would be outside of Swiss law.

Kerstin Noelle Vkinger, a professor at the University of Zurich, disagreed, and told Swiss newspaper Neue Zurcher Zeitung that the issue was more complicated than that.

“Medical devices are regulated because they are supposed to be safer than other products. Just because a product is not beneficial to health does not mean that it is not also affected by these additional safety requirements,” she said.

Snopes has previously covered these "death pods" when we debunked a satirical claim that they were legalized in Hawaii.

Ultimately, use of the pod has not been officially legalized in Switzerland, and whether it will be available for use under current Swiss laws is up for debate. As such we rate this claim as “False.”