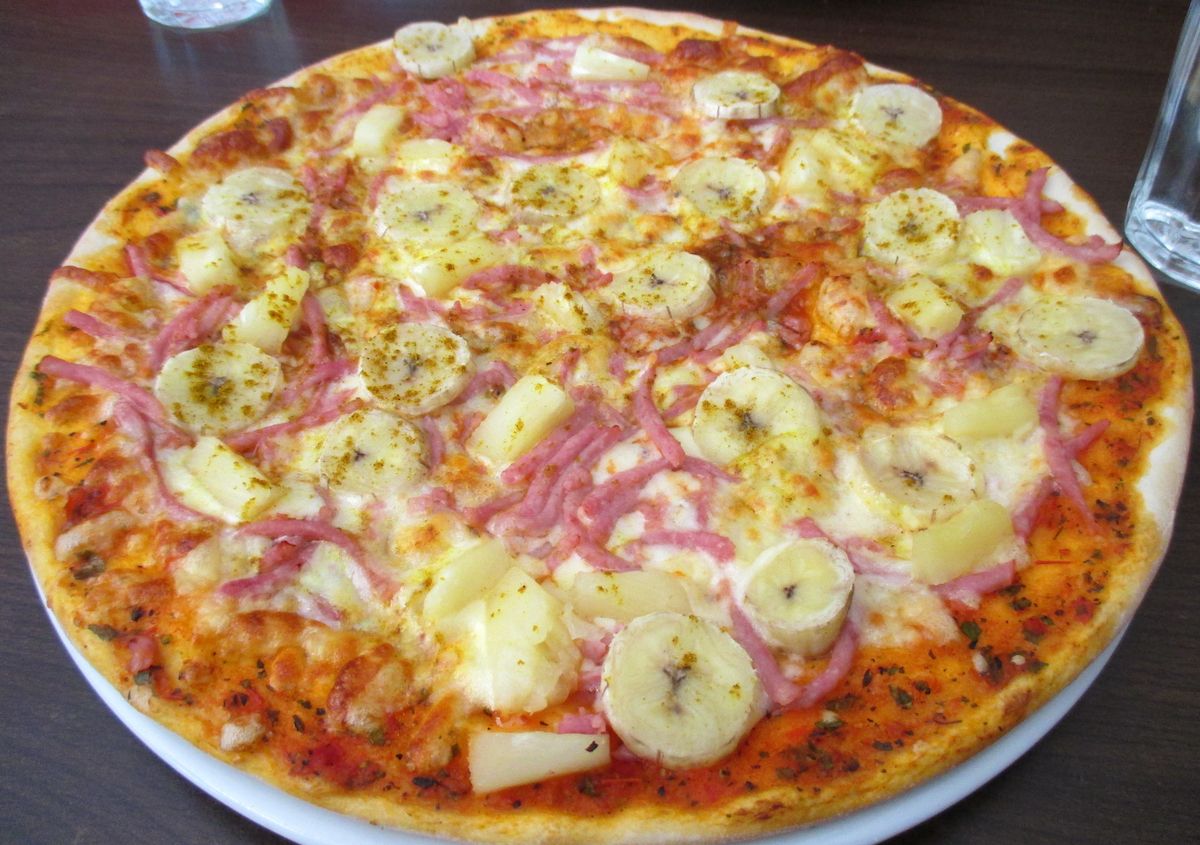 Claim:
Bananas are a popular pizza topping in Sweden.
Rating:

According to an Aug. 11, 2017, tweet shared by Curators of Sweden, a social media campaign initiated by the Swedish Institute and VisitSweden, the pineapple-banana-curry topping trifecta made up the “most Swedish pizza there is.”

Snopes reviewed the menus of various pizza places in Stockholm and, lo and behold, we found a number of establishments offering their own flavor of the banana specialty.

Two such pizzerias were Corella Kungsholmen and Stockholm Pizza, both of which offered the “Tropicana” pizza, described as topped with tomato sauce, cheese, ham, pineapple, curry, and — you guessed it — bananas. In the U.S., the Swedish-style food joint Viking Pizza, which is located in Glendale, California, included its version of “Tropicana” pizza, complete with all of the above toppings and finished off with the addition of shrimp and peanuts.

According to the travel and tech website Culture Trip, Sweden has a love for all things bananas, especially when it comes to pizzas. And this love affair dates back to the early 20th century when Caribbean-grown bananas were first introduced to the Scandinavian nation, according to historical records.

“When the ﬁrst bananas arrived in Sweden in 1906, very few people knew what they were or how they were supposed to be eaten,” wrote Rosalía Guerrero Cantarell in the journal History of Retailing and Consumption.

“These bananas had been grown over 8000 kilometers [5,000 miles] away on a tropical island in the Caribbean and had traveled a long way to find Swedish plates. There is, unfortunately, no surviving account of those first moments in which a lucky few were able to taste the exotic fruit for the first time, nor their impressions of the taste, smell and texture.”

The banana trade between the European country and the Caribbean grew rapidly in the following decades and was monopolized by four companies in the Swedish market known as the so-called “banana ring” until it was interrupted for several years in 1939 at the start of World War II.

But as the 21st-century rolled out, Swedes eventually converted the tropical treat to a fruitful pizza topping that some might say require an acquired taste.