Did Sen. Collins Say This About Trump?

We found no evidence that anyone made the statement, let alone U.S. Sen. Susan Collins. 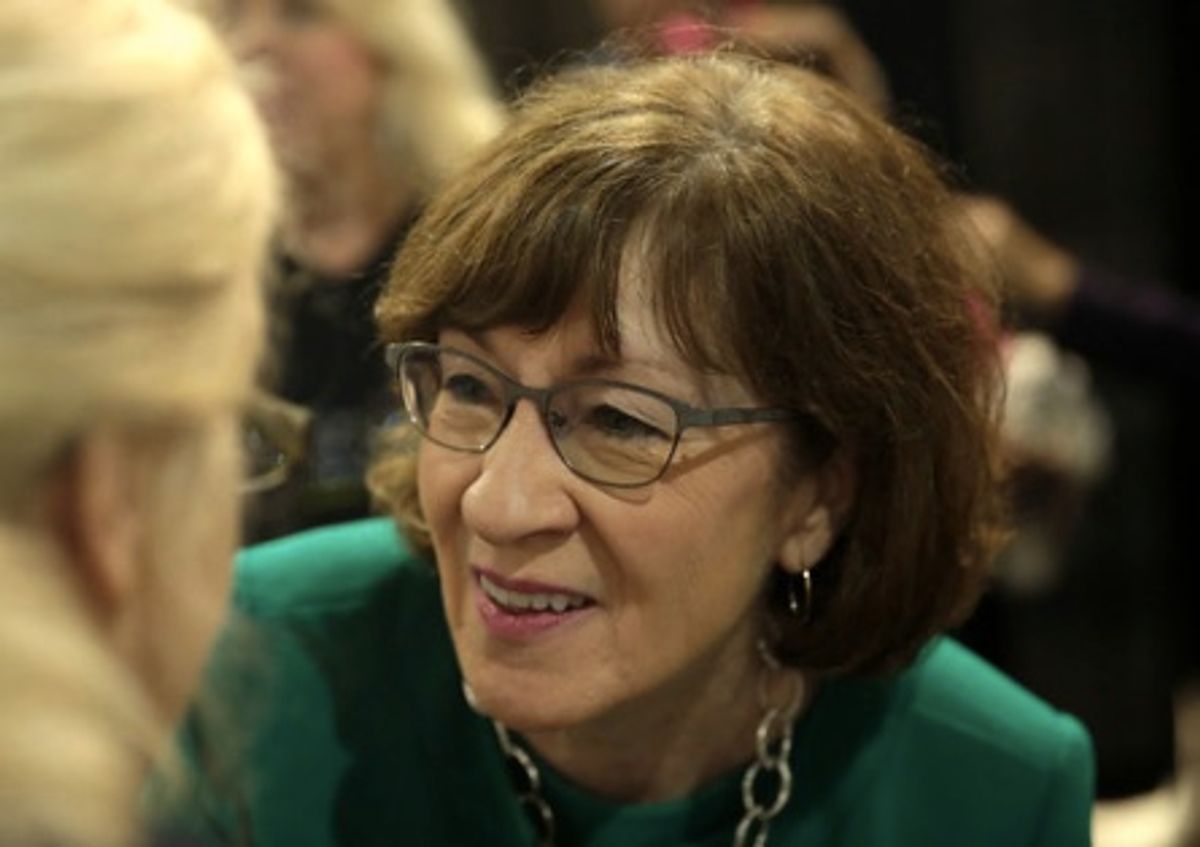 Claim:
U.S. Sen. Susan Collins said, "Yes, I said that I wouldn't endorse him but that doesn't mean I don't fully support him" in regards to U.S. President Donald Trump in 2020.
Rating:

In late August and early September 2020, a fake quote attributed to U.S. Sen. Susan Collins, R-Maine, went viral on Twitter. Several users quoted Collins as stating, "Yes, I said that I wouldn't endorse him but that doesn't mean I don't fully support him," in reference to U.S. President Donald Trump.

One such example can be seen below: But Collins never made the above comment, and we couldn't find evidence that anyone had.

The quote was posted in the above-displayed tweet along with a link to a July 2020 story about Collins published by the website The American Independent, but the quote doesn't appear in that story.

Instead, the American Independent story, headlined "Susan Collins refuses to endorse Trump because she's 'in a difficult race,'" reported:

During an appearance on CNN on Tuesday, she said, "I have a difficult race. And I am concentrating my efforts on that race."

Collins did make the statements quoted by the American Independent story in a July 21, 2020, interview with CNN, stating she was not endorsing Trump in order to focus on her own political campaign. But her comments didn't match the fake quote in the above tweet.

Nevertheless, the fake quote spread far and wide online. It was posted, then deleted by The Lincoln Project, which has over 2 million followers.

Collins' spokeswoman Annie Clark confirmed that the comment attributed to Collins was fake. "It’s exploitative," Clark said, in regards to political entities using the fake quote to make a statement about Collins.

Michael Shepherd, politics editor for the Maine newspaper Bangor Daily News, debunked the quote while expressing disbelief at the traction it had gained.

Because Collins never made this comment and we could find no evidence that anyone did, we rate this claim "False."