Has a US Supreme Court Opinion Never Been Leaked in Advance Before?

The highest court in the U.S. is more secretive than other institutions. 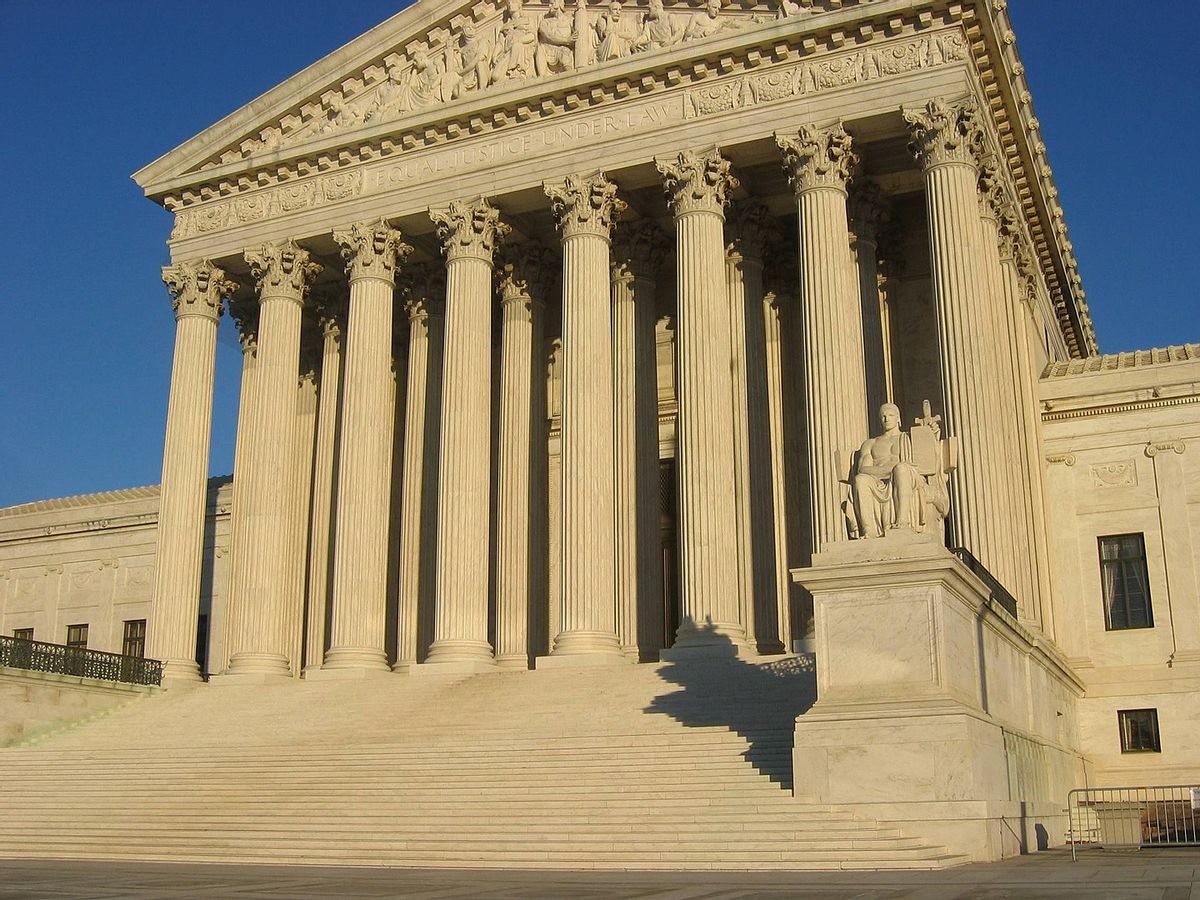 Claim:
Before the leak of a full draft opinion overturning Roe v. Wade in May 2022, there had never been a major leak to the press in a case before the U.S. Supreme Court in modern history.
Rating:

Before this instance, there had never been a leak to the press of a full majority draft opinion on a case pending before the court in the modern era. However ...

There have been leaks from the Supreme Court before, including accounts of internal deliberations.

After Politico revealed a leaked draft U.S. Supreme Court opinion in May 2022 that voted to strike down the landmark Roe v. Wade abortion decision, many assumed this was the first such leak from the high court on a pending case:

The Supreme Court is known for being secretive. Politico stated in its May 2, 2022, article that, “No draft decision in the modern history of the court has been disclosed publicly while a case was still pending.”

Neal Katyal, former acting solicitor general, also tweeted that if the story is true, it is the “the first major leak from the Supreme Court ever.”

However, this was not the first major leak from the U.S. Supreme Court ever, though it appeared to be the first leak of a full draft opinion on a case pending before the court in the modern era.

Politico detailed how in 1972, an unbylined Washington Post story described the justices’ internal debate on Roe v. Wade as it was under deliberation. The original Roe v. Wade decision was leaked by a Supreme Court clerk to a Time Magazine reporter in January 1973, though it was only published hours before the actual decision was made public.

According to The Associated Press, in the 1970s, ABC journalist Tim O’Brien had around half a dozen scoops on various rulings. His reports upset the judges, according to Barrett McGurn, the court’s former public information officer. Then-Chief Justice Warren Burger suspected someone in the court’s print shop was behind the leaks.

University of Georgia Media Law Professor Jonathan Peters also described a number of instances where Supreme Court decisions had been leaked. An early example was in 1852, when the New York Tribune reported the outcome of the Pennsylvania v. Wheeling and Belmont Bridge Company case, 10 days before the decision was released. In 1857, the Tribune also published a running account of the court’s deliberations over the infamous Dred Scott case, where justices declared that Black people could not be citizens.

“Supreme Court leaks are rare, but they are hardly unprecedented,” Peters wrote. “The court, just like our other public institutions, is made up of political animals. We shouldn’t be shocked when they act that way.”

In an interview with Quartz on May 4, 2022, Peters described one instance in modern history where a partial draft opinion was leaked to the press, but never published. In 1981, Elizabeth Olson, a reporter for United Press International obtained what appeared to be an unsigned and undated partial copy of a dissenting draft opinion on an important sex discrimination case. Her bureau chief spiked it because he said he had no way of confirming it was accurate. In a 1981 Washington Post story:

[...] Grant Dillman, UPI vice president and Washington manager, said in a statement that the wire service had been "so far unable to establish the authenticity" of the "document" it had obtained "suggesting the way the court would rule" in an important sex discrimination case.

Peters also added more context to the Dred Scott case, saying that two dissenting justices released their opinions to the public before the majority opinion was released:

Opinions delivered at the Court today are released to the public at the same time as they’re announced orally in the Court. But in 1857, opinions were read from the bench, but they were not printed and released until later. And so in the Dred Scott case [which, prior to the Civil War, denied citizenship rights to current and former slaves], there were two dissenters, one of them [Associate Justice] John McLean, the other [Associate Justice] Benjamin Curtis. They released their dissenting opinions to the press before the Court released its majority opinion, and the majority was written by Chief Justice Roger Taney. Then in response to public reaction to those dissenting opinions, the Chief Justice revised his own majority opinion before it was printed and released to the Court.

Peters concluded that such comparisons are "not perfect" because he could not find a release of a full draft of a majority opinion.

Jack Goldsmith, a law professor at Harvard University, wrote in The New Republic in 2012 about why Supreme Court leaks are so rare:

Because a Supreme Court term begins in October and ends by July, secrets about the Court’s decisions last at most nine months, and usually (as with the health care case) a much shorter period. Such short-fuse secrets are relatively easy to keep. The Court is less successful in keeping its deliberations secret over the long-term. Some justices make their papers public upon death. Clerks occasionally talk years after the fact—usually anonymously, but sometimes openly, as Edward Lazarus did in his 1998 book, Closed Chambers. But actual leaks of Court decisions are rare. The last one occurred in 1986, when ABC News reporter Tim O’Brien disclosed that the Court had decided to invalidate the Gramm-Rudman-Hollings balanced budget amendment. (The suspected leaker worked in the printer’s office.)

The justices benefit from the reality and mystique of secrecy, and gain nothing from a leak. A justice can frame a case to the public in a written opinion and wins no internal leverage (and likely loses some) from disclosing the disposition of a case prematurely. The justices’ law clerks are sternly warned against leaking each summer by Chief Justice John Roberts, and they are intensely loyal to their bosses, all of whom despise breaches of confidence.

According to another Politico report on the May 2022 leak, “​​Supreme Court historians, former law clerks and other court watchers say they cannot recall a previous instance [of disclosure of a draft opinion] before Monday’s publication of a draft opinion in the Mississippi abortion rights case.”

The leaked opinion is a repudiation of the 1973 Supreme Court decision that guaranteed federal constitutional protections of abortion rights, a decision that was maintained in 1992. Politico noted that judges often change their votes as draft opinions circulate, and the court's decision will not be final until it is published, which is expected to be in around two months.

Given that leaks from the Supreme Court are not completely unprecedented, but the release of a full majority draft opinion on a pending case in the modern era is unprecedented, we rate this claim as a “Mixture.”