Did the U.S. Supreme Court Rule That Oaths Not Taken on the Bible Are 'Illegal'?

A frequent purveyor of junk news caused some uncertainty about the nation's highest court in January 2019. 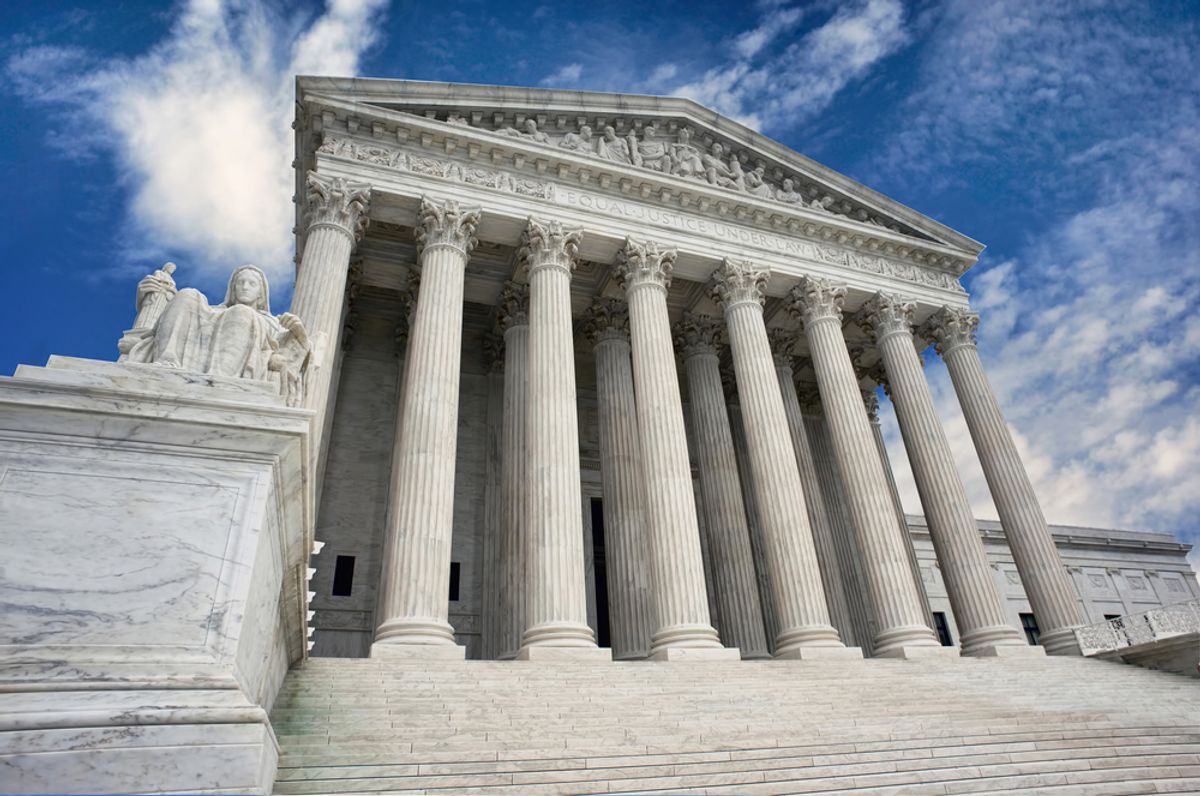 Claim:
In January 2019, the U.S. Supreme Court ruled that oaths taken on anything other than a Christian Bible were "illegal."
Rating:

In January 2019, a notorious producer of junk news prompted uncertainty among some readers with an article that claimed the U.S. Supreme Court had ruled that only oaths sworn on the Bible were lawful.

On 6 January, America's Last Line of Defense (LLOD) posted an article with the headline "Supreme Court Rules 5-4: Oaths Not Taken on Bibles Illegal":

The Supreme Court split in the typical way we can get used to it splitting this morning in a 5-4 decision to nullify Congressional Oaths taken on the Quran and other mythical texts. According to Chief Justice Roberts, the law is clear. He wrote in his opinion:

“Article 3 of the US Constitution describes the formation, election and oath taking process specifically, with the right hand to God and the left on the Holy Scripture. Because the writers and signers of that document were Christians of the 18th Century, we can deduce very simply that they were Christians and that Christian references should be taken literally. God is in the Constitution three more times than George Washington and twice more than Benjamin Franklin.

The ruling is that if the newly-elected do not take their proper oaths to a proper God, they won’t have any authority to vote for their constituents, who may want to consider impeaching and replacing them.”

“This is, once again, a complete crock of doody. The Constitution holds that no religious test be applied to the members of Congress. This entire session is a waste of time and a travesty to this country and its founders, who are surely rolling over in their graves.”

112 Democrats and one independent will have a choice to make. Hopefully, they just go home so Mike Pence can declare them to have abandoned their seat and appoint their replacements.

The story was later republished on the website USA2019.news.

Like everything published by LLOD, the story was a complete fabrication. The order list of the U.S. Supreme Court contained no mention of any case resembling the fictional one described in the article.

Furthermore, certain words in the post contained links that underlined the apparently humorous intent behind it. The phrase "mythical texts" linked to a photograph of a bible (subverting the substance of the fabricated court ruling), and "Mike Pence" linked to a Google search for the word "douchebag."

The article came amid controversy among some conservative observers about the decisions by recently-elected Congresswomen Rashida Tlaib and Ilhan Omar to hold copies of the Quran during their swearing-in ceremonies in January 2019.

Democratic Arizona Sen. Kyrsten Sinema also departed from convention when she held a copy of the U.S. Constitution, rather than a religious text, during her swearing-in ceremony.

LLOD is one of several sites and Facebook pages operated as part of a network of outlets that publish political misinformation under the guise of "satire."

Karas, Tania.   "Two Reps Were Sworn in on the Quran. It's a Symbolic Moment For Muslim Americans."     Public Radio International.   3 January 2019.

Folley, Aris.   "Kyrsten Sinema Swears in to Congress Using Copy of Constitution Instead of Religious Book."     The Hill.   3 January 2019.