'Superman Is Coming in Supergirl' Poster

A promotional poster with what looked like an unfortunate typo was actually a joke made from a piece of fan art. 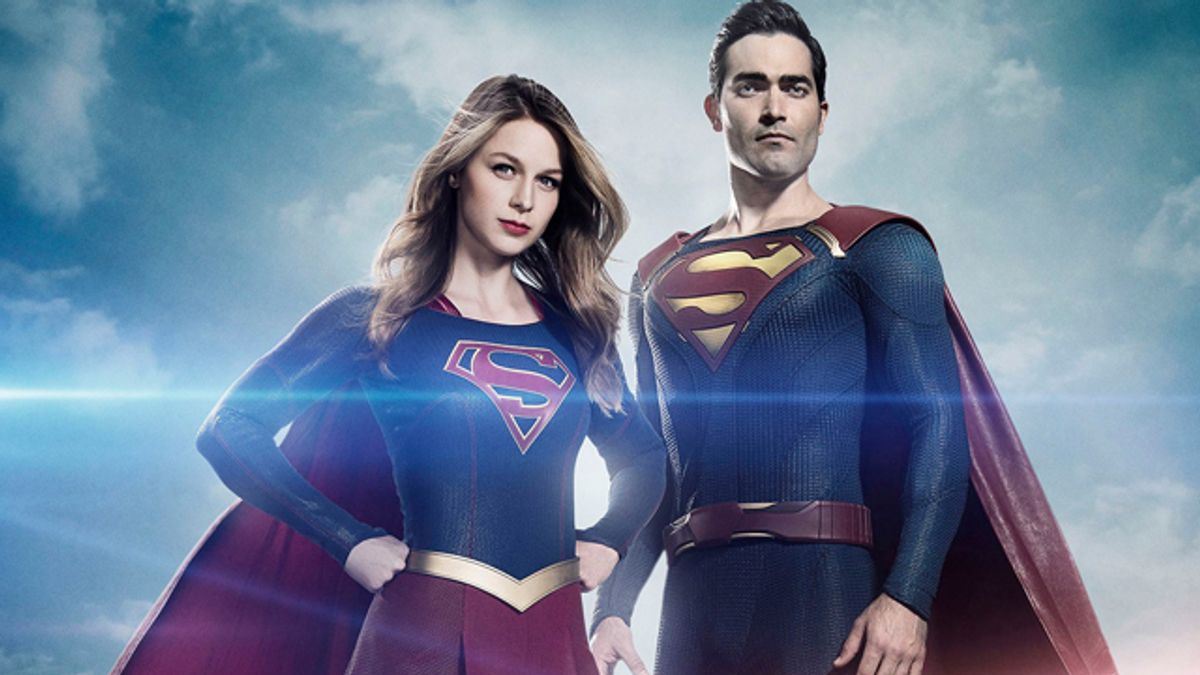 Claim:
A poster reading "Superman is coming in Supergirl" was an official promotion by the CW network.
Rating:

On 8 August 2016, eagle-eyed fans of the CW television series Supergirl spotted what appeared to be either an unfortunate typo or an intentionally racy play on words in a promotional poster reading "Superman is coming in Supergirl."

However, the poster wasn't an official promotion, for one thing, but rather a piece of art made by a fan in anticipation of a new season of Supergirl.  For another, the art wasn't originally released with that wording. The creator posted the original on 5 August 2016: The fan who created the original image appeared unhappy about the change:

One clue that the "poster" wasn't official art from the CW, or even its original, is the lettering up the right side that spells out "Ultra Cool Super Rad Memes," which is a Facebook group dedicated (as the name implies) to making funny or viral memes.   All images in that group are emblazoned with the group's name, presumably so that people aren't fooled into thinking the images are genuine.