Did the 'Super Straight' Trend Originate With Nazis on 4chan?

Regardless of who started it, be aware that the social media trend is strongly associated with transphobia now. 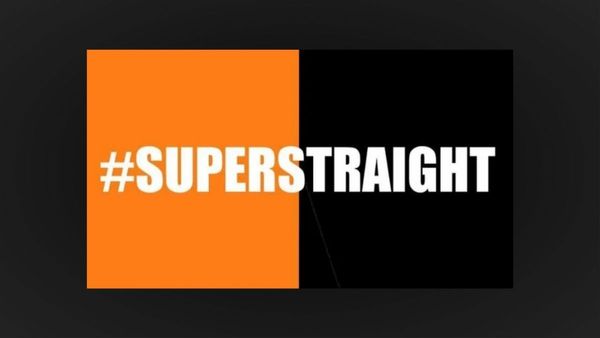 The "Super Straight" trend originated on TikTok through a user named Kyleroyce, and then went viral on 4chan, a forum popular with members of the neo-Nazi movement.

It is false to claim that "Super Straight" originated on 4chan, but the phrase and hashtag did go viral there.

We are unable to confirm if creator Kyleroyce is himself a member of the neo-Nazi movement.

In early March 2021, the so-called "Super Straight" trend spread across forums like TikTok, Twitter, and even 4chan. Numerous users began sharing the phrase on social media, claiming this was a new "sexuality" for straight people who only want to be with cisgender people of the opposite sex. A March 4, 2021, Urban Dictionary post said the term means: “When you only are heterosexual but you are only attracted to the person that was born the opposite gender.”

Many online also decried this trend, calling it transphobic and claiming it was connected to the neo-Nazi movement, particularly as it was popular on forums like 4chan that are widely used by people on the far-right. Many screenshots of such posts showed "Super Straight" being applied to logos and flags similar to the Nazi "SS," or the Schutzstaffel, the paramilitary organization of Adolf Hitler's Nazi Party. We also encountered numerous posts referring to the trend as "SS pride" and one talking about tattooing the SS rune as part of their "Super Straight pride."

We should note that we have been unable to find some of the original posts in the screenshots below. One post stating "Hail superstraight victory" alongside their "flag" with the "SS" logo, was deleted (The screenshots below contain offensive content.):

The “Super Straight” movement went viral rapidly and is possibly connected to a range of bigoted groups online, based on hundreds of posts we perused on forums like 4chan. Insider reported that the trend emerged from a TikTok video by user Kyleroyce and then spread to 4chan. Mashable reported that the video was uploaded to TikTok on Feb. 21, 2021. The video was deleted off the app, but reemerged on YouTube:

In the video, Kyleroyce says, “I made a new sexuality now.” He argues that this is because he does not want to date trans women:

[...] Straight men like myself I get called transphobic because I wouldn't date a trans woman. You know they're like, “Would you date a trans woman?” I'm like, “No.” “Why that's a female!” “Uh no like that's not a real woman to me like I want a real woman.” “No, you're just transphobic.” So now I'm super straight, I only date the opposite gender. Women that are born women so you can't say I'm transphobic now because that's just my sexuality you know.

He posted other videos later on TikTok with the username Kyleroyce2, claiming that the social media app deleted his original video because of “hate speech.” Kyleroyce also claimed to have created the black and orange Super Straight “official flag.”

We reached out to TikTok and a spokesperson confirmed that, "user [Kyleroyce] has been banned from the platform for violating our Community Guidelines on hate speech, and we've also banned the hashtag #superstraight. When someone tries to search for that hashtag, they are redirected to our Community Guidelines." The spokesperson added that TikTok launched an investigation as soon as this trend was brought to their attention. The ban on the hashtag #superstraight extended to other accounts dedicated to the trend, like @_superstraight, and even Kyleroyce2 was eventually blocked by TikTok.

Snopes readers shared a number of archived posts with us showing how discussions around "Super Straight" began trending on 4chan around March 5, 2021, a few weeks after the TikTok video was posted. We looked through dozens of archived pages and found that the posts that specifically talk about "Super Straight," the flag, and the transphobic comments, did not predate the TikTok video. The trend likely originated with Kyleroyce, but we are unable to prove that he is connected to the neo-Nazi movement—though his brainchild is very popular on forums frequented by members of that movement.

A 2019 Southern Poverty Law Center report said, “Transphobia has long been an animating force within the white nationalist movement, but the tenor of that hatred has changed due to two converging factors. White power activists are increasingly embracing violent language and actions as political tools at the same time the transgender rights movement is more active than ever.”

Kyleroyce also appeared to challenge that theory when he posted a video through his second account on TikTok with the caption: “When ppl say Super Straight was created by 'neo-nazis' but you created it in your car talking about your sexual preference.”

Regardless, the videos became extremely popular, with each getting thousands of likes and shares, and the term trended across platforms.

Meanwhile, online, many resisted the term, explaining why it was transphobic:

Robin Tran, a comedian and trans woman, said she coined the term "Super Straight" during a comedy set back in 2017 when she joked about a straight male friend talking about being "hypothetically" attracted to her once she started transitioning. (The following video contains graphic language.):

The "Super Straight" concept has spread across the internet and does not appear to belong to only one specific “movement,” though it is popular among far-right forums. It is difficult to prove its origins among particular far-right groups. We do know now that it did not originate on 4chan, but spread there after a video was posted on TikTok. Therefore, we have updated this claim to “Mostly False.”