Is This a Sunset Seen from Space?

The photo in question came from a stock image site. 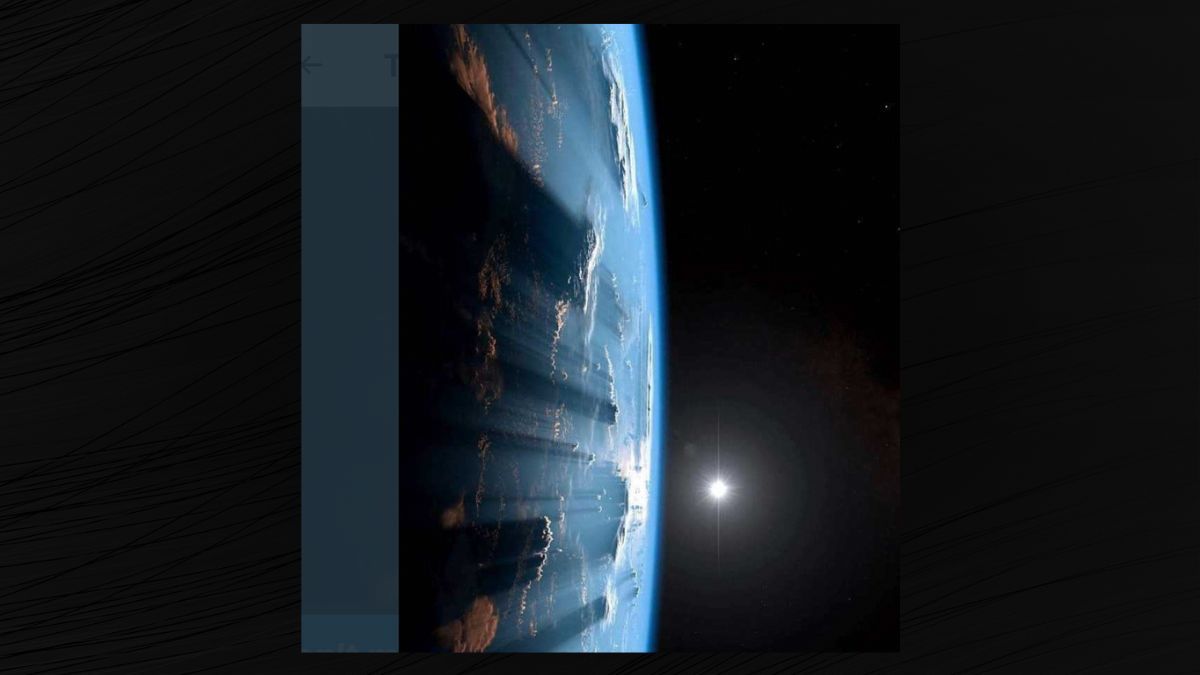 Claim:
A photograph authentically shows the sun setting, as seen from space.
Rating:

In September 2022, a Twitter user who focuses on space photography posted a photograph that they claimed shows a sunset on Earth, as seen from space.

The image contained in the Twitter post above has been rotated and a watermark has been removed, and it is a screenshot from a video created by an artist who goes by pixel25. The video can be found on the stock image site Pond5. The original video can be viewed (watermarked) here.

We have reached out to both NASA and Pond5 asking whether the video is a digital creation, or contains real satellite footage. Similar, equally stunning images of the sun rising (as opposed to setting) over Earth, taken from the space station, can be found online.

Space imagery is often the object of misinformation, sometimes accidentally, due to enthusiasm, sometimes not. Many mistakenly believed, for example, a digital image creation from NASA was an actual photograph of Antarctica, when it was in fact an image created digitally using satellite data.

In another instance, an astronaut's selfie taken aboard the International Space Station was posted with digitally altered background, making it appear as though the background was a view of Earth as seen from space.

Sometimes, real images are misappropriated for more nefarious agendas. Moon landing deniers, for example, used a photograph of Neil Armstrong and Buzz Aldrin practicing for their historic moon walk to falsely claim that the moon walk was staged.

Flat Earthers have also previously used an image of SpaceX's Falcon 9 at NASA's Kennedy Space Center to falsely claim that space travel was a hoax.