Did Sunlight Form a Cross During the Eclipse?

An image purportedly showing sunlight forming the shape of a cross during the August 2017 eclipse is not a genuine photograph. 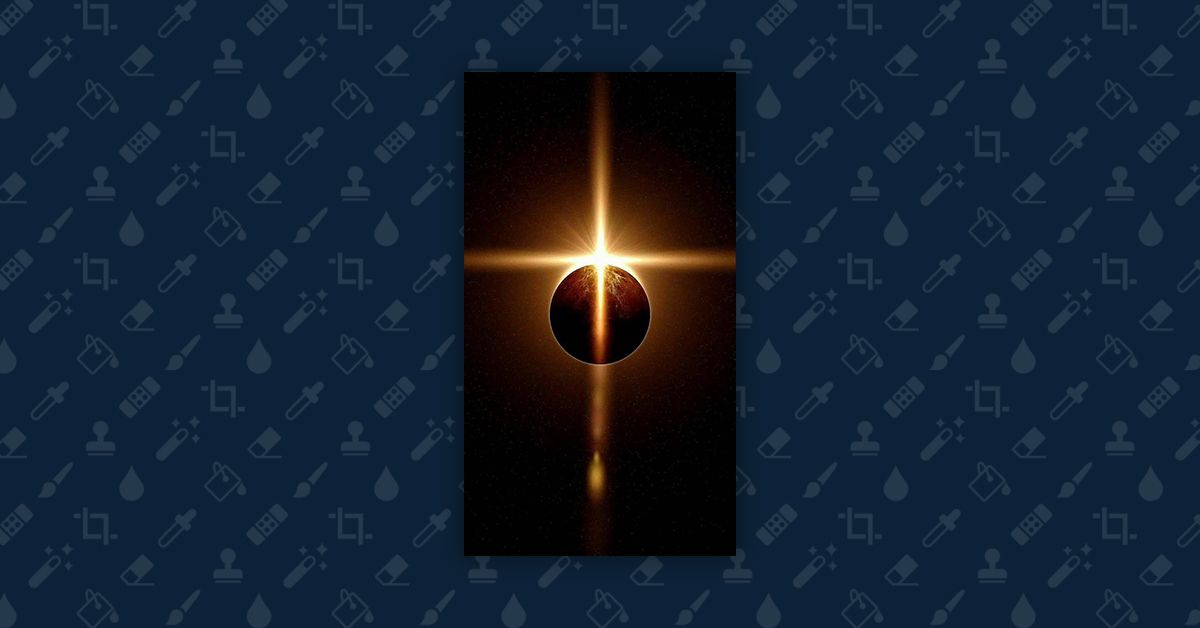 Claim:
A photograph shows rays of lights in the shape of a cross during the August 2017 eclipse.
Rating:

As the moon traveled in front of the sun on 21 August 2017, the internet was flooded with some beautiful (and some fake) photographs of the celestial event. One popular image purportedly showed rays of lights forming a cross during the eclipse: Best photo so far... Not sure anyone can top this one

Dan Asmussen, who posted the image, made no mention of religion, but many of the comments on this post mentioned a "cross," included scripture quotes, or described the eclipse as God's work. The image was also incorporated into a vaguely religious (and obviously fake) image showing the eclipse over the Egyptian pyramids: ObsidianDigital, a member of the online gallery DeviantArt, created in 2011 the image Asmussen posted using the software After Effects. The original image had a different orientation but was flipped vertically to more closely resemble a cross.

Here's a look at the original image (left) and the viral image (right):