Is This a Real 'Sundown Town' Sign Photographed in 2022?

Racial discrimination is still a problem for Black drivers, but this sign? 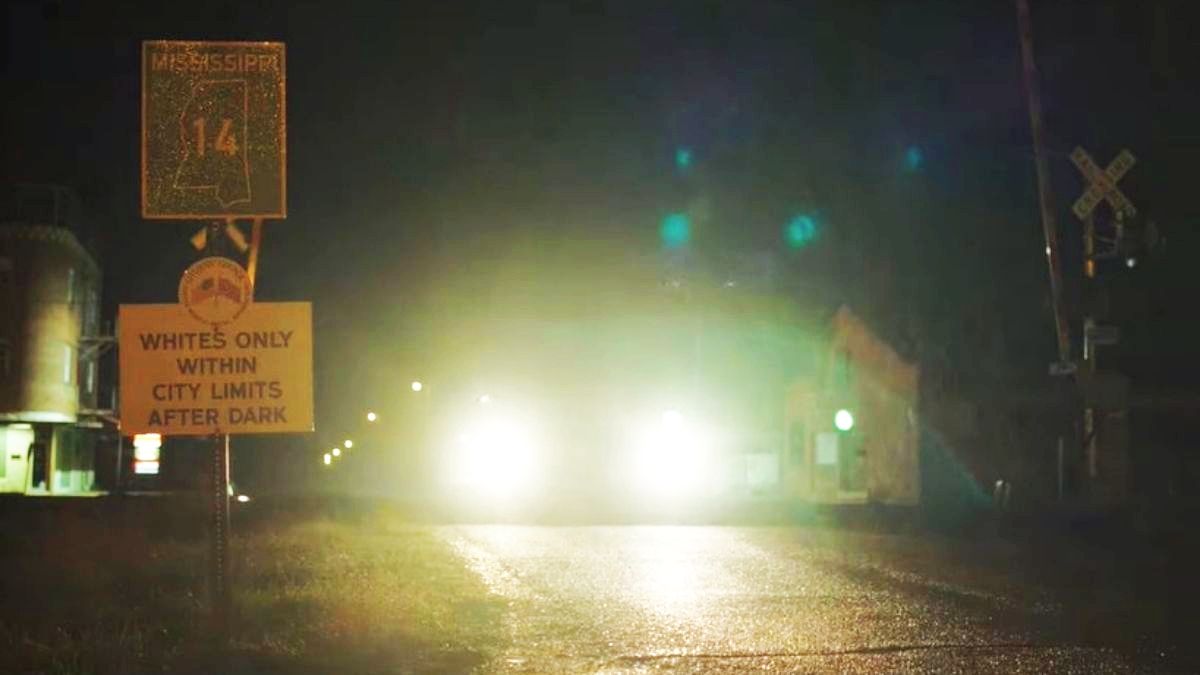 Claim:
A photograph shows a sign in a "sundown town" in 2022 that reads "Whites only within city limits after dark."
Rating:

While unofficial "sundown towns," a term for a town that prohibits Black people after dark, still reportedly exist in the United States, a viral image of a sign reading "Whites only within city limits after dark" was taken from a scene in the movie "Green Book."

In May 2022, an image went viral that supposedly showed a sign in a modern-day "sundown town" that read "whites only within city limits after dark." While the assertion that sundown towns still exist in America is generally accurate, the above-displayed example does not show sign on display in the United States in 2022. This still shot actually comes from the 2018 movie "Green Book," which was set in 1962.

"Green Book" takes its title from a travel guide book published between 1936 and 1966 called "The Negro Motorist Green Book" that helped Black people avoid particularly hostile areas, such as sundown towns, as they drove through the country.

"Green Book" was inspired by the true story of a 1962 concert tour by African American pianist Don Shirley (played by Mahershala Ali). The sign can be seen in a scene where Shirley's driver, played by Viggo Mortensen, drives their car through a sundown town:

While sundown town signs are no longer a prevalent feature on America's roadways, racial discrimination can still be an obstacle for Black drivers. As noted in this video report from The Associated Press, there are several places in the United States that still operate as hidden sundown towns:

Buzzfeed News reported on the continued existence of sundown towns in 2021:

In 2017, the NAACP issued a travel warning for the entire state of Missouri, a first for the organization. The decision was in response to a bill designed to limit discrimination lawsuits by making changes to the Missouri Human Rights Act. Senate Bill No. 43 would require employees prove that their protected characteristics were a “motivating factor” for being discriminated against when previously the requirement was that simply showed it was a “contributing factor.”

The NAACP also referenced anecdotal examples of hate crimes, and data which showed Black motorists were 75% more likely to be pulled over and stopped and searched by police enforcement than their white counterparts. (The state of Missouri offered no public response to the NAACP but did make a Black woman the face of its tourism campaign last year.)

And in 2020, a group called the Defund San Antonio Police Department Coalition issued a travel warning for San Antonio, labeling the city as a sundown town. "A travel advisory has been issued to warn that any Black people in or traveling to San Antonio use increased caution when visiting the city due to the city's policing policies that put Black Lives in danger," wrote organizers in a press release.

While sundown towns still effectively exist in the United States, a viral image used to illustrate that point came from a movie that was set in the 1960s.