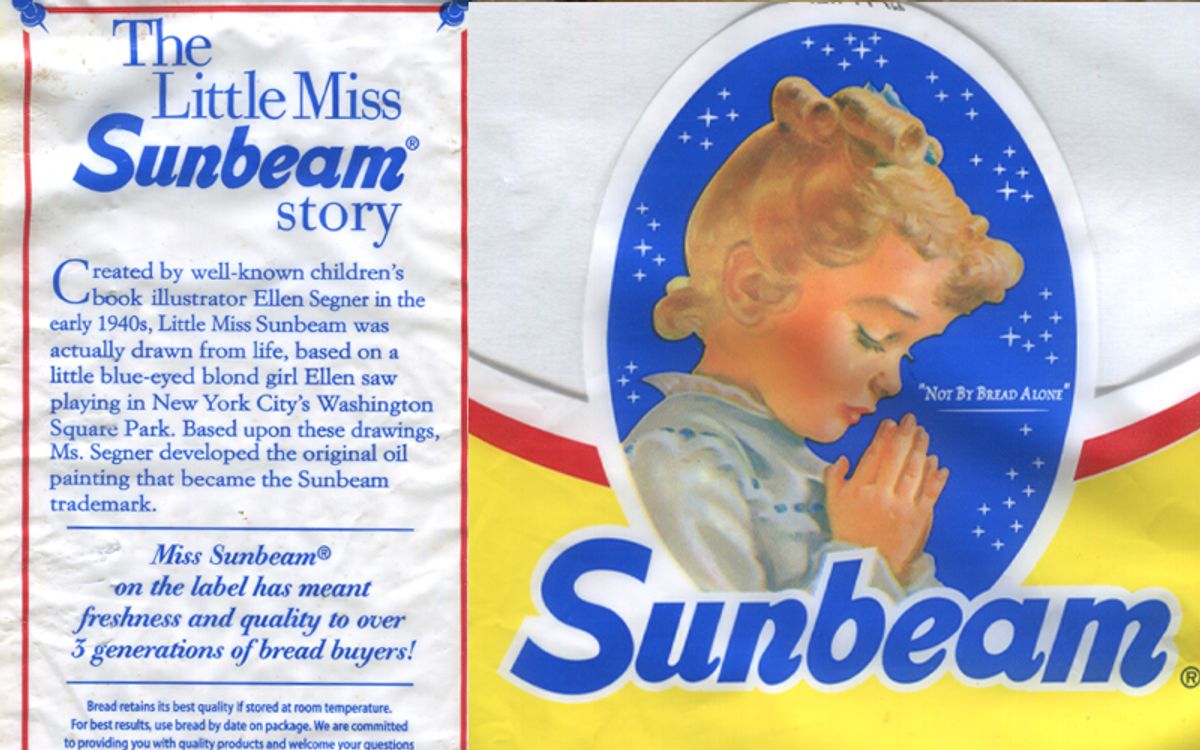 This is why we pay a little extra and support sunbeam bread all year round. Many don't notice but around this time if year every year they put sunbeam girl in praying position and in front of her on their "bread" it says "not by bread alone. Not many corporations like this one are willing to make this kind of stand in the open and that's why will support them. Check it out the next time you go to buy bread.

@ChuckNellis This time each year Sunbeam bread puts the girl in a praying position & adds logo 'Not By Bread Alone'. pic.twitter.com/ihNyh9cd7q

Origins:   Sunbeam Bread's ever-present Little Miss Sunbeam mascot has appeared in a variety of poses and settings throughout the brand's history, including the guise of a girl praying alongside the phrase "not by bread alone" (a reference to Matthew 4:4 ("Jesus answered, 'It is written: "Man shall not live on bread alone, but on every word that comes from the mouth of God"'") that appears each holiday season on the bread's packaging and occasionally on billboards in the South:

Shout out to Sunbeam bread, at least they recognize God,prayer, and Bible.

Quality Bakers of America owns and franchises the Sunbeam Brand (Flowers Foods is the largest distributor of Sunbeam), and their web site features the "praying" photograph amid a history and gallery of several Little Miss Sunbeam works:

There is specific Little Miss Sunbeam artwork tied to each month, such as July (when Independence Day falls): While the Sunbeam Bread packaging and advertising in question have always been seasonal, some consumers mistakenly assume the absence of the faith-based imagery during the non-holiday season means it has been permanent retired by the brand:

Standard packaging is reinstated after each holiday season, so the image of Little Miss Sunbeam praying has not been retired or removed.