Video of Rishi Sunak Lighting Candles Is from 2020, Not His First Day as British PM

Shout-out to people on Twitter who provide evidence in their replies that shows the original tweet was misleading. 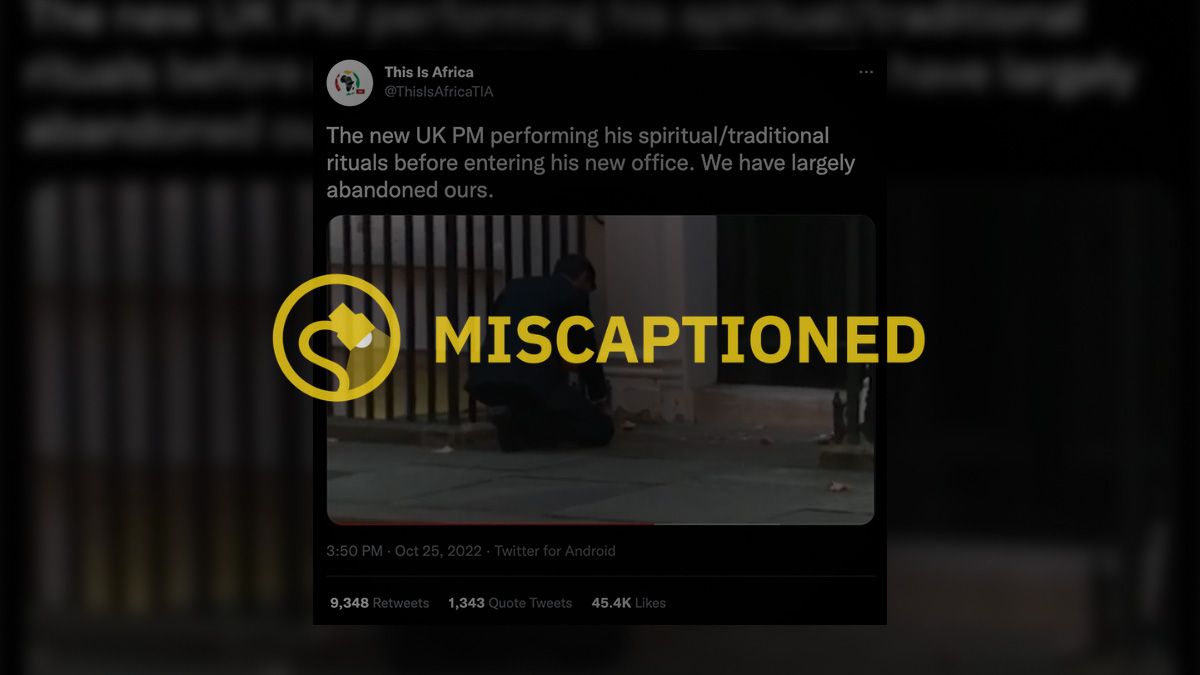 On Oct. 25, 2022, the Twitter account @ThisIsAfricaTIA tweeted a video and claimed it showed British Prime Minister Rishi Sunak lighting candles on his first day in office, purportedly as part of a spiritual and traditional ritual. Readers asked us if this was true. While Oct. 25 was Sunak's first day in office as PM, the video was shot in 2020. (He previously served as chancellor of the exchequer.)

This tweet was misleading. The video it showed was nearly two years old.

A helpful Twitter user responded to the miscaptioned tweet and pointed to evidence that the video was not new. According to a tweet from Nov. 12, 2020, the moment simply showed Sunak lighting candles as part of Diwali. Sunak is of Indian descent and practices Hinduism, NPR.org reported.

According to Brittanica.com, Diwali is "one of the major religious festivals in Hinduism, Jainism, and Sikhism, lasting for five days from the 13th day of the dark half of the lunar month Ashvina to the second day of the light half of the lunar month Karttika." The encyclopedia website said that this meant the corresponding dates "usually fall in late October and November."

According to The Associated Press, Sunak was Britain’s third prime minister in 2022 alone and is "the U.K.'s first leader of color." Sunak came into office following the exit of Liz Truss, whose term as prime minister was described by the reporting as both "brief" and "disastrous."