Was a Suitcase Full of Dead Birds from China Seized at Dulles Airport?

A relatively mundane incident went viral due in part to rising fears about an outbreak of a new coronavirus. 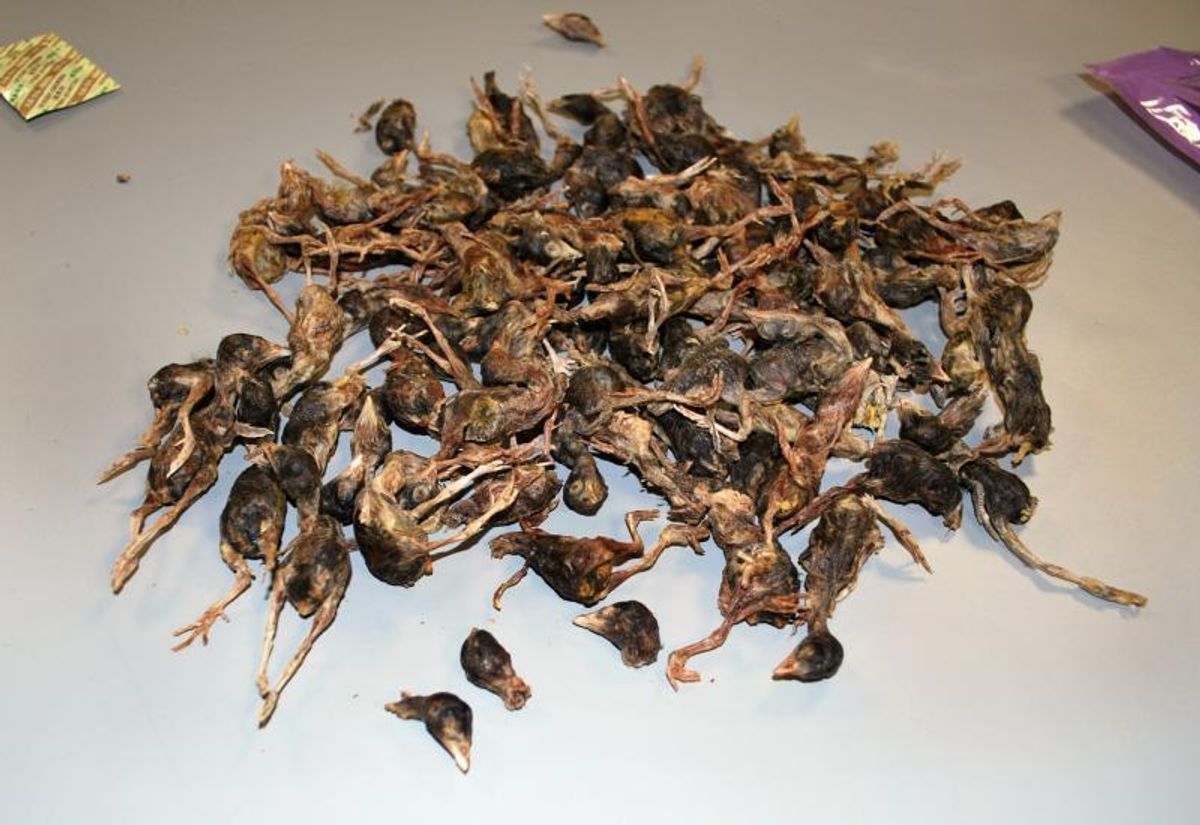 Image Via U.S. Customs and Border Protection
Previous Article
Next Article
Article 8 of 24 in Collection

Claim:
A traveler from Beijing was caught at Dulles International Airport with a suitcase full of dead birds that the person tried to disguise as pet food.
Rating:

In February 2020, reports started to circulate about a traveler from Beijing who had a "suitcase full of dead birds" confiscated by U.S. Customs and Border Protection (CBP) after he tried to "disguise" the item as pet food: These reports were based on a genuine incident that occurred at Washington Dulles International Airport on Feb. 10, 2020. However, this traveler did not attempt to "disguise" this item as a pet food product or try to hide it from customs officials. The traveler declared the single, sealed package of pet food to customs officials. And while those residing in the United States may not consider dead birds as a treat for pets, small freeze-dried birds, such as quail, are sold as pet food in Asia.

This rumor spun off of a release from CBP about a bag of dead birds that was confiscated from a traveler's luggage at Dulles: While this was a rather mundane incident, it occurred during heightened concerns about the spread of a new coronavirus in China and sparked a flurry of news coverage, some of which appeared to play on people's fears. Note the creepy, ominous music in this clip from WUSA:

For instance, some outlets reported that this person's suitcase — and not a sealed package in a suitcase — was full of dead birds. Others were overly dismissive about the traveler's claim that these birds were pet food, writing that "a package of tiny dead birds [was] passed off as pet food." The Daily Mail went as far as to claim this traveler had "disguised" these dead birds as pet food.

Does anyone know why someone would travel with dead birds packaged to look like pet food? Is it cultural food item/medicine, it's it terrorism? A crazy person who freeze dried all her dead birds for companionship?

The agency told us that the traveler declared this item to border agents. In other words, no one attempted to "hide" it from officials. CBP also confirmed that the single package was sealed, so the suitcase wasn't full of loose dead birds, and that it wasn't a package of pet food emptied and filled again with dead birds in an attempt to smuggle it through customs. Lastly, CBP told us that this was treated as a "routine case of a traveler in possession of prohibited agriculture products."

It should also be noted that while the words "pet food" don't typically conjure up images of dead birds for those residing in the United States, this is a genuine pet food product sold in China. From what we can tell, this package contained "small freeze dried quail." While we haven't been able to find this specific brand of quail, we did find several similar pet food products: Previous Article
Next Article
Article 8 of 24 in Collection

Associated Press.   "Package of Dead Birds That Was Passed Off As Cat Food is Confiscated at Dulles Before it Reaches Maryland."     12 February 2020.