The Subaru Forester Ultimate Customized Kit Special edition was on display at the 2020 Singapore Motor Show. 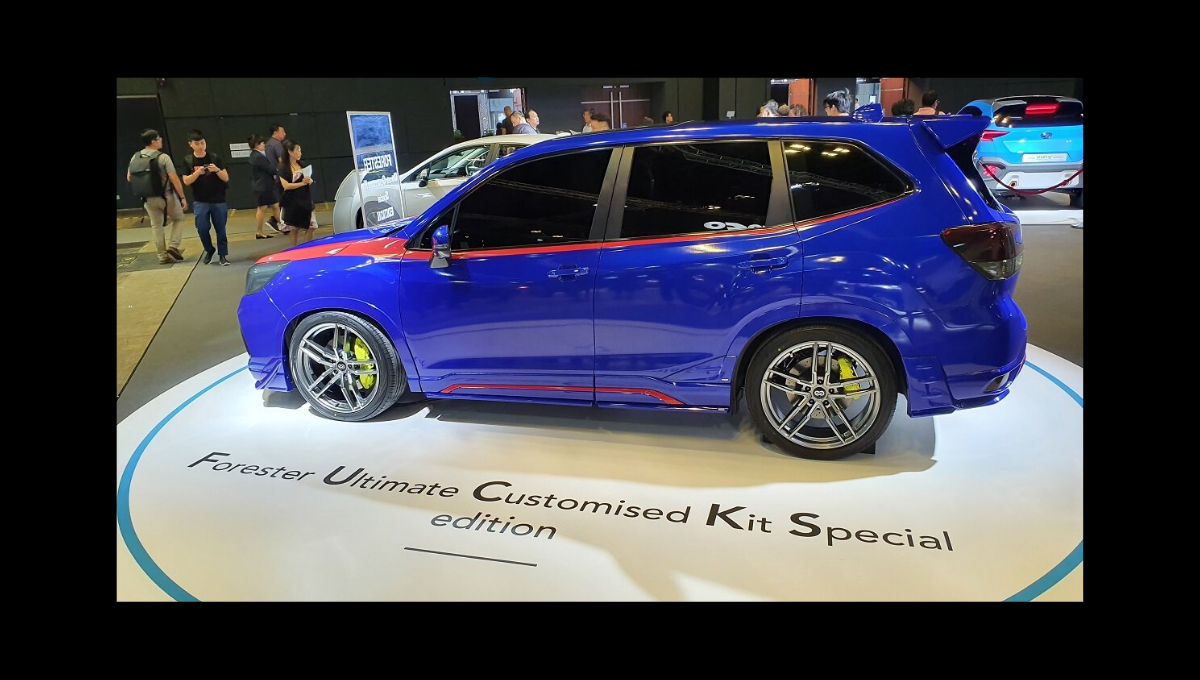 However, Subaru of America and the Subaru Corporation said that they had "nothing to do" with this vehicle, and that this custom model was created and named by a local distributor in Singapore for the annual auto show. Subaru also said that this car would not be available for purchase in the United States.

Many viewers were a little skeptical about the authenticity of this image. After all, would a major auto manufacturer really use this acronym for a new car? Or did some graphic designer pull a prank or make a mistake?

To make things a little more confusing, one of the most widely shared articles about the Subaru F.U.C.K.S. came from Funny Or Die, an entertainment website that is better known for its comedic content than for its news reporting:

The 2020 Singapore Motor Show took place this past week, which is an event I didn’t even know existed until now because, well, auto companies showcasing their new models isn’t something I care enough about to mark in my calendar. However this year’s show has uhhhhh definitely piqued my interest.

Subaru was one of the companies unveiling their upcoming vehicles and one model in particular caught everyone’s eye. The new Subaru Forester is a four-door hatchback that doesn’t look much different than most other four-door hatchbacks, the name, though, oh man. That’s what’s really special.

While this story may seem fit for the pages of a satire publication, the above-displayed picture is real. This photograph was taken at the 2020 Singapore Motor Show. Leandre Grecia, a reporter for the auto news website Top Gear, snapped several additional photographs of the Subaru F.U.C.K.S. on display, and after a few sentences about the car's not-safe-for-work name, described the model as a "head-turner":

But kidding aside, the setup’s a head turner: It’s hard to miss the striking blue body paint highlighted by those red lines on the side. The vehicle is also closer to the ground than usual, and that’s because it sits on 20-inch Enkei wheels wrapped in low-profile rubber. The gray metal is nicely complemented by the blacked-out headlamps and taillamps.

The interior features a dark theme, with contrast red stitching all around to match the STI badge on the gearshifter. The seats, meanwhile, are covered in suede and leather, which also give a nice premium feel. The same soft-touch materials have also been plastered on the dashboard and the side panels. The exterior color scheme continues into the cabin as well with the blue footwell lighting.

The Subaru Forester Ultimate Customized Kit Special edition was truly on display at the 2020 Singapore Motor Show. However, if you live in the United States don't expect to purchase one anytime soon.

Subaru of America sent a letter to retailers explaining that the Subaru Corporation had nothing to do with this model, and that the name was conjured up by an independent distributor in Singapore.

The Drive obtained a copy of the letter, which you can read below:

Yesterday afternoon we learned about an unfortunate situation related to the name given to a special edition Forester by the independent distributor in Singapore. We want to make sure that you and all of your customers know that Subaru of America, Inc. (SOA) and Subaru Corporation (SBR) had nothing to do with this.

We apologize for any negative feedback this may have caused. SBR has had the name removed from the car at the Singapore Auto Show. We work very hard to build a strong brand image for this company and the naming of this vehicle in no way reflects the values and standards we hold true. Furthermore, we will always do our best to protect our brand’s integrity.

This vehicle was created by the distributor for the Singapore Motor Show and it goes without saying that this car will not be available in the United States market.

To sum up: A local distributor made a custom Subaru model and put it on display at the 2020 Singapore Motor Show under the name Subaru Forester Ultimate Customized Kit Special edition. The Subaru F.U.C.K.S. was not sanctioned by the Subaru Corporation and is not an official addition to the Subaru lineup.