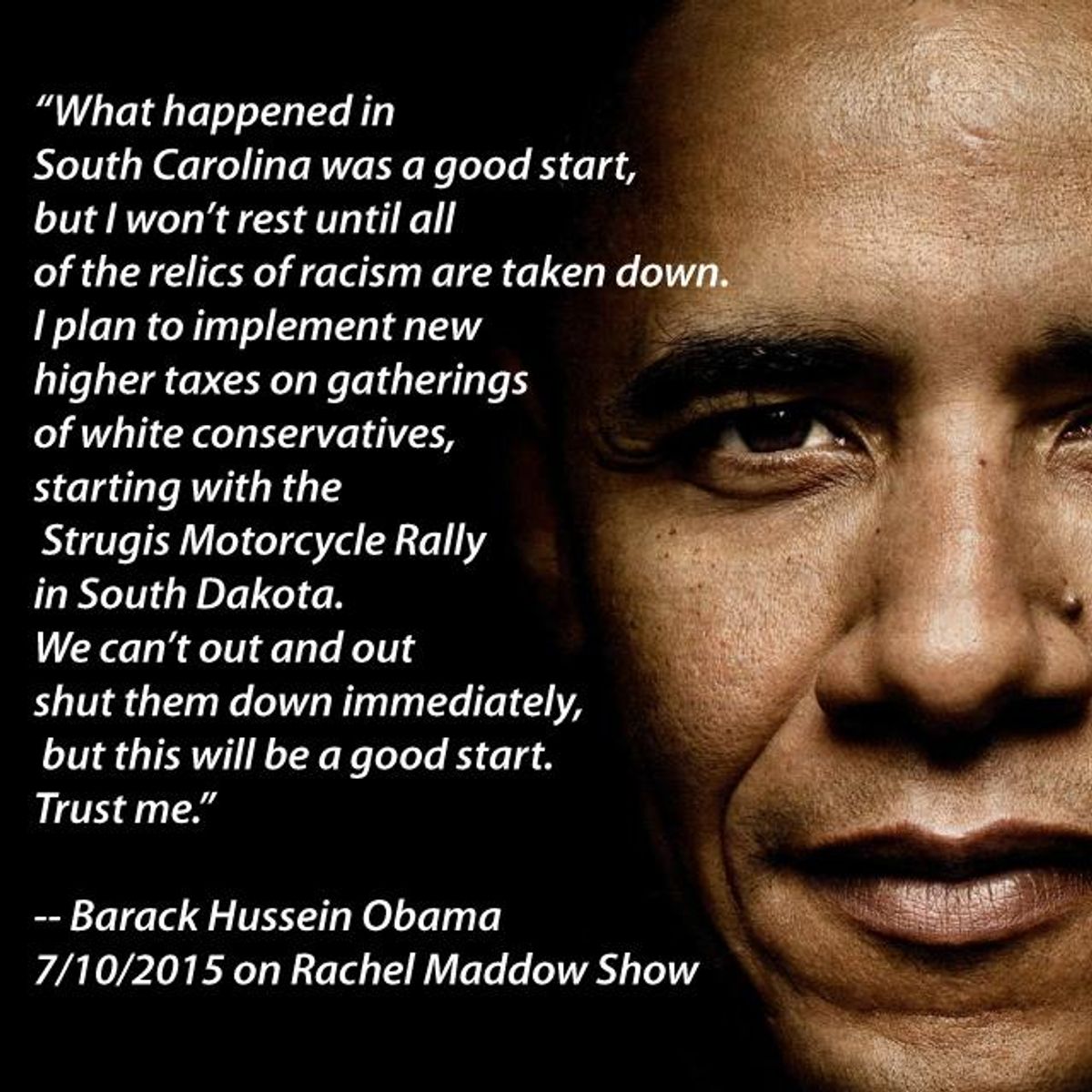 FACT CHECK:   Did President Obama say on The Rachel Maddow Show that he was going to raise taxes on "gatherings of white conservatives" such as the Sturgis Motorcycle Rally? Claim:   President Obama said on The Rachel Maddow Show that he was going to raise taxes on "gatherings of white conservatives" such as the Sturgis Motorcycle Rally.

Saw a meme on Facebook quoting Obama on the Rachel Maddow show on 7/10/15 about raising taxes on white conservative gatherings like the Sturgis Motorcycle rally in South Dakota. Did he really say this?

Origins:    In July 2015, a rumor began to spread online that President Obama was planning to raise taxes on "gatherings of white conservatives," such as the annual motorcycle rally held in Sturgis, South Dakota, with the ultimate intent of shutting them down. The rumor took the form a widely-circulated meme displaying a photograph of President Obama along with a statement he allegedly made on MSNBC's The Rachel Maddow Show on 10 July 2015, referencing the then-recent decision to remove the Confederate flag from display at the South Carolina statehouse grounds:

The quote used in this meme is apocryphal. President Obama did not appear on The Rachel Maddow Show on 10 July 2015, nor did any other source record or report him as having said anything like the words reproduced here.

This meme started spreading widely after it was published to the Facebook page of an over-40s single biker's club. That iteration included the instructions to "SHARE if you are as outraged as I am," a come-on commonly used with misleading clickbait content and scams.