Do Studies Show That Tattooed Parents Are More Likely to Neglect Their Children? 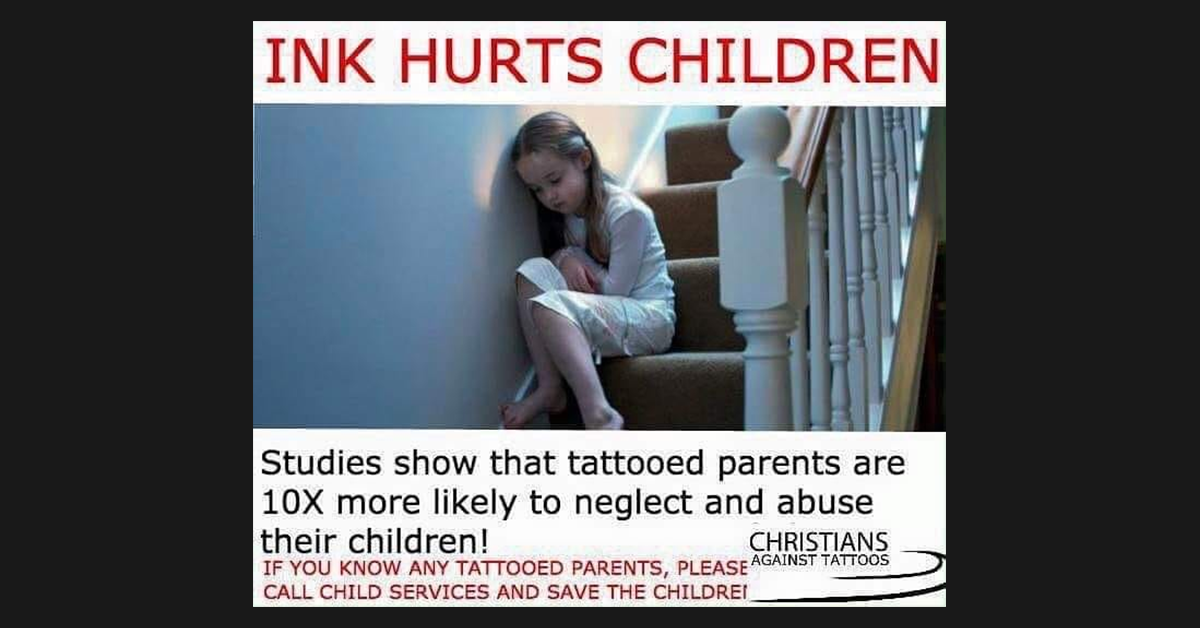 Back in 2015, a “joke” website named “Christians Against Tattoos,” and its associated Facebook page, hit the internet scene, promoting a series of unsubstantiated claims about the dangers of tattoos (and, for some reason, marijuana). The people or person behind this effort created several memes that have continued to hit Snopes’ inbox years later, including claims of studies showing that tattooed individuals make for negligent parents: That “fact”, and several others that formed the basis of additional memes, were once listed on the Christians Against Tattoos website:

Nothing in the above list was anywhere close to factual. The Facebook page Christians Against Tattoos is categorized as “just for fun,” and a post from the site in July 2015 contained a thinly coded message indicating that the whole operation was a joke: “If you would like to learn the truth behind our devoted organisation,” the post concluded, “please read the words above in Capital Letters.” Those words form the following sentence: "THIS PAGE IS A COMPLETE JOKE. EVERYBODY WHO BELIEVED THIS SHOULD BE EXTREMELY EMBARRASSED."