A photo purportedly showing a group of college students with the amount of debt they're in written on their graduation caps is fake. 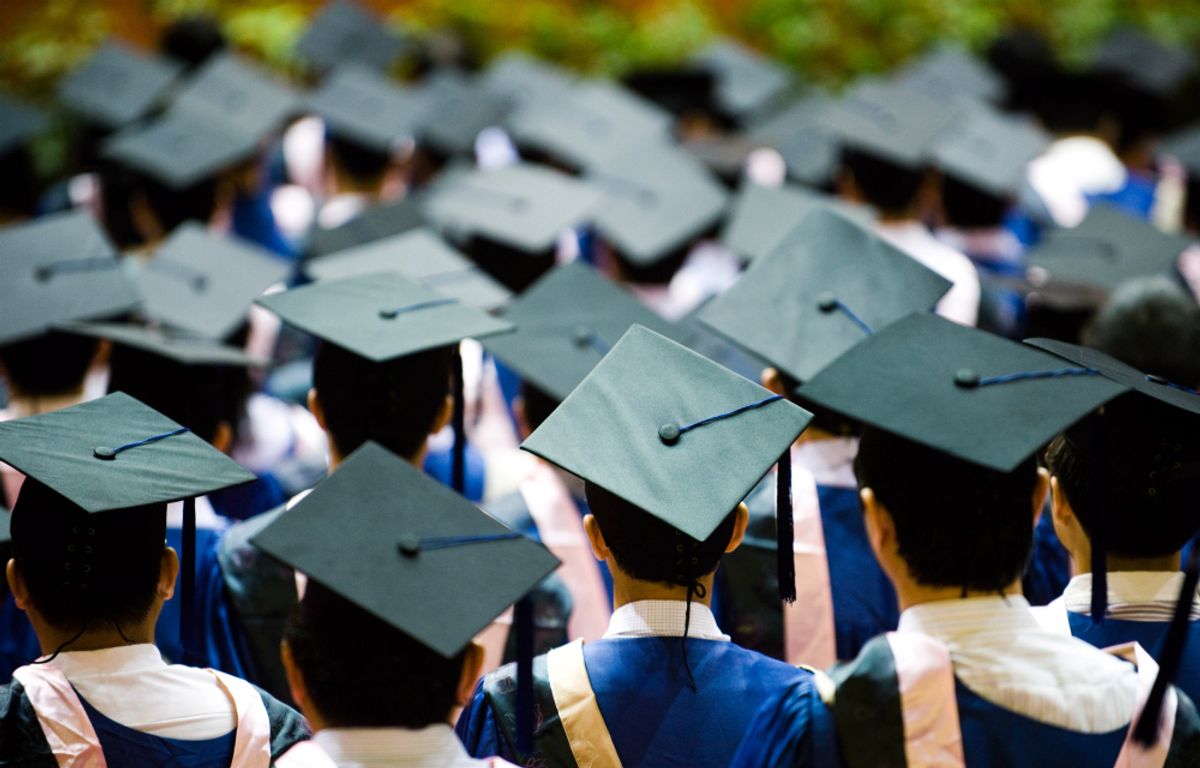 Claim:
A photograph shows a group of Texas college students protesting the rising cost of education by writing their debts on their graduation caps.
Rating:

A photograph purportedly showing a group of students with the amount of their debt taped onto their graduation caps in protest of rising education costs has been online since at least 2012.  While the image is frequently included in articles about student debt, the original photograph showed a graduation ceremony, and had little to do with a protest over the cost of education: It appears to be an altered version of a stock image, rather than an actual photograph.

While it's true that college debt is growing among young Americans, and it's true that it's getting harder and harder to pay off (an issue that has prompted debates, political discussion, and scrutiny from Congress), this particular photograph is intended to be an artistic representation of the burden of educational debt, not an image of an actual protest.