Is This the 'Strongest Dog in the World'?

The 'strongest dog in the world' reportedly works 'in the Russian army special forces.' 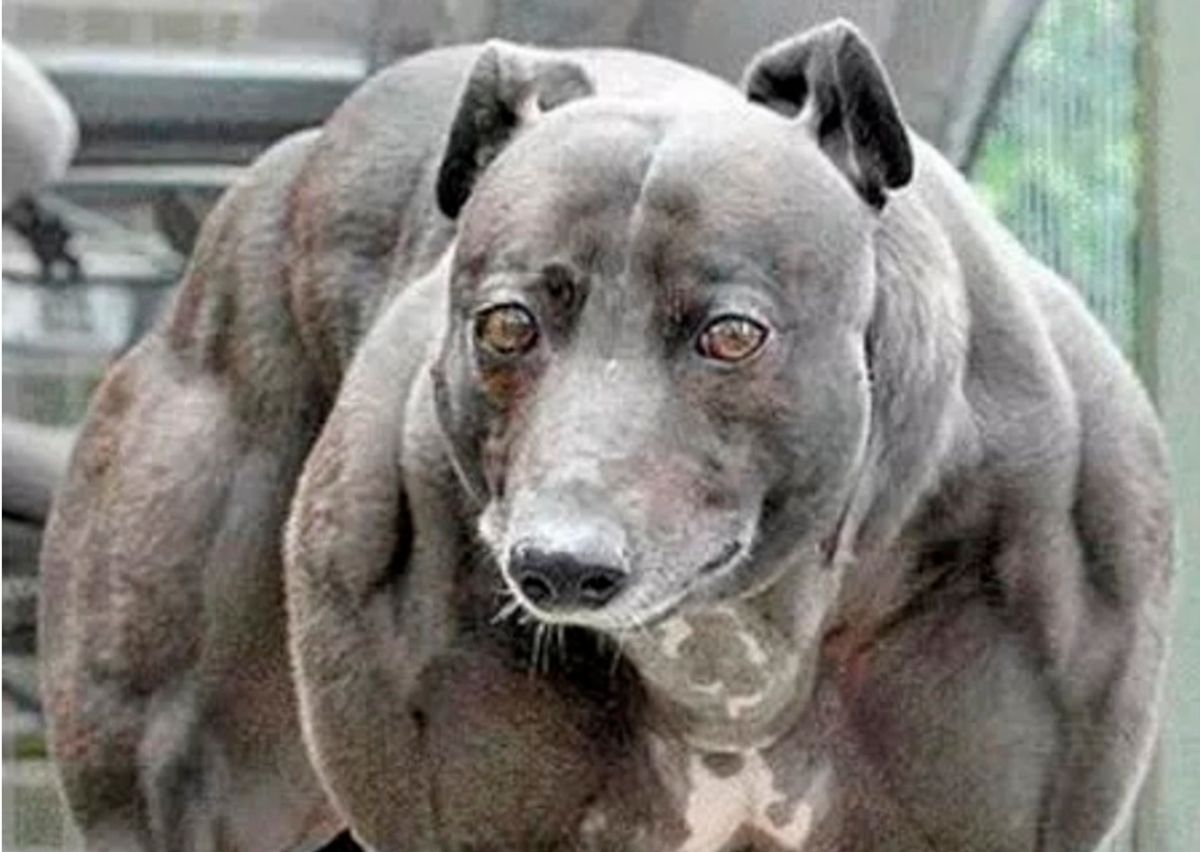 Claim:
A photograph shows the "strongest dog in the world," who works "in the Russian army special forces."
Rating:

A canine featured in online photographs was claimed to be "Working in the Russian Army Special Forces" and touted as "The Strongest Dog in the World":

B'liv it or not its a dog!!! The strongest Dog in the World. Working in Russian Army Special Forces. The type of dog pictured here is a whippet, described by the American Kennel Club as "an English Greyhound in miniature" and "the fastest domesticated animal of his weight." Specifically, this dog is a "bully whippet," a type of whippet with a genetic mutation that makes it more muscular and faster than standard whippets:

When mutant, muscle-bound puppies started showing up in litters of champion racing whippets, the breeders of the normally sleek dogs invited scientists to take DNA samples at race meets here and across the country. They hoped to find a genetic cause for the condition and a way to purge it from the breed.

It worked. "Bully whippets," as the heavyset dogs are known, turn out to have a genetic mutation that enhances muscle development. And breeders may not want to eliminate the "bully" gene after all. The scientists found that the same mutation that pumps up some whippets makes others among the fastest dogs on the track.

Wendy, the bully whippet in this photograph, lives in Victoria, British Columbia, and is remarkable even for a bully whippet in that she has two mutated copies of the gene and is therefore a "double-muscled" bully whippet who weighs twice as much as a standard whippet. She was the subject of a number of news features in including articles in the New York Times, the UK's and the Victoria the latter of which described her thusly:

Wendy is a 27-kilogram rippling mass of muscle. Forget the stomach: Wendy has a And the muscles around her neck are so thick, they look like a lion's ruff.

Wendy was recently part of a genetics study done in the U.S. on mutation in the myostatin gene in whippets, which resemble greyhounds in appearance. The National Institute of Health study reported that whippets with one single defective copy of the gene have increased muscle mass that can enhance racing performance in the breed, known for speeds up to an hour.

But whippets with two mutated copies of the gene become "double-muscled," like Wendy. It has been seen before in one human, and also in mice, cattle and sheep, says the study.

The uber-muscled whippets are called "bullies," not because of their nature — Wendy likes nothing better than a good back scratch and isn't shy about sitting in your lap to ask for because of their size. She's about twice the weight of an average whippet, but with the same height and small narrow the same size heart and lungs, which means she probably won't live as long as normal whippets.

A research article about the mutation that produces double muscling was published in the PLoS Genetics journal.